A family-run business north of Denver brings the heat to the tech world. 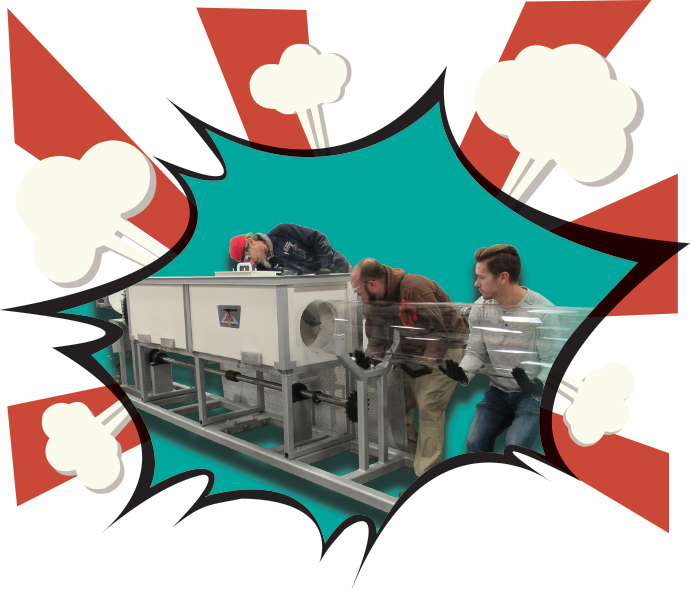 The Deltech team fits a quartz process tube into a furnace at the company’s manufacturing center.
Photo courtesy of Deltech
by GARY DAUGHTERS

“We’re not making cardboard boxes here,” Stevenson jokes. “We’re making products that need a wealth of engineering and scientific knowledge. And we’re marketing those products to engineers and scientists.”

Deltech’s clients have included Los Alamos, Livermore and Sandia National Labs; 180 universities worldwide; NASA, for which Deltech designed furnaces for the Jet Propulsion Lab and for a project to study moon rocks; and CoorsTek, the billion dollar, Colorado-based ceramics manufacturer.

The truly amazing part is this: Deltech serves its high-end, global clientele with a staff that numbers 11 people, recently up from nine.

“I have two engineers,” says Stevenson. “One is my son, our engineering manager. He’s worked in the business since he was in high school and has a master’s degree in mechanical engineering. Our other engineer is my late husband’s grandson from his first marriage. We also have an excellent drafter. Other than that, we have me and an administrative person and a production crew of six.

“We are truly a small business, a family-run business.” Stevenson adds proudly. “People who come into our facility are absolutely stunned that we manage to produce what we do with such a small number of people and a small space.”

For a high-tech manufacturer that’s been in business through five decades of technical transformation, standing still is never an option. Needing more space, Deltech moved from Denver to Adams County in 2003. The county, says Stevenson, quickly lived up to its business-friendly reputation.

“Within a very few months,” she says, “I was visited by people from Adams County Economic Development, and they introduced me to local businesses in the area like insurance companies, bankers, and marketing people, all of which was very important to moving us along.”

The company later reached out to ACED for managerial input. Through ACED’s connections to the local Small Business Development Center, Deltech was matched with Jon Jaggers, a long-time manufacturing consultant. The service was free, and the results were priceless.

“John has been our small business consultant for five years,” Stevenson says. “We have face-to-face meetings all the time. He’s helped us with management issues, accounting and business planning. I feel like we’re a transformed company. In terms of raising the bar here at Deltech, that’s definitely happened. Last year, we had our best year ever.”

So good, in fact, that Deltech was named the Small Business Administration’s 2018 Exporter of the Year for Colorado and surrounding states. Stevenson attributes the company’s rising exports to a surge in sales to government research labs in India. In addition, with the help of Colorado state training grants, Deltech earned two valuable certifications, including one that’s expected to open the door to contracts with the nuclear industry and the federal Department of Energy.

It may surprise some that Colorado’s manufacturing sector contributes more to state GDP (about $23 billion per year) than the state’s better-known tourism industry. Some 82% of the state’s 6,000 manufacturing operations, like Deltech, employ fewer than 20 people.

“The state, itself, and particularly the metro Denver area,” says Stevenson, “has great access for manufacturing companies. In manufacturing, you have to worry about logistics, and we have good access to highways, we have DIA [Denver International Airport], and we have way better weather than a lot of pl aces, which means we’re not being constantly disrupted by serious weather events.

“I think,” says Stevenson, “that Colorado’s a manufacturing state for sure.”