R&D in the Rockies 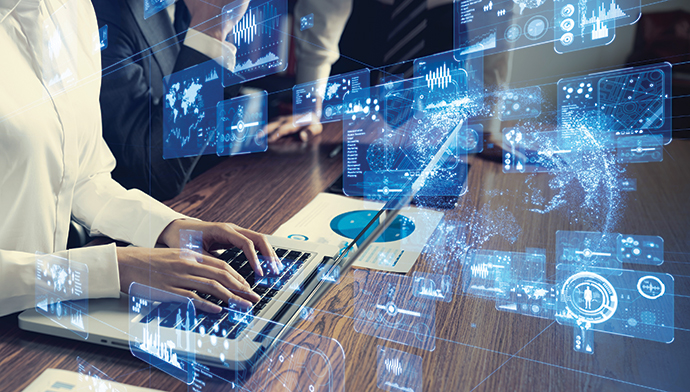 CBD giant Charlotte’s Web Holdings stuck close to its home in Boulder, Colorado when a surging demand for its products pretty much dictated expansion of its research and development capabilities. Founded by an eclectic team of seven Stanley brothers — Josh, Joel, Jesse, Jon, Jordan, J. Austin and Jared — Charlotte’s Web currently ranks No. 1 in the world for sales of hemp-based CBD extracts. The company says its revenues grew from $40 million in 2017 to $95 million in 2019.

Charlotte’s Web’s expansion is coming together at the Colorado Technology Center (CTC), a 580-acre industrial park in the city of Louisville, whose convenient location places it 10 miles from Boulder and 20 miles from Denver. The company’s ten-year lease on 137,000 sq.-ft. at CTC more than quadruples its current presence there, and it includes provisions to expand into adjacent buildings, to be constructed as necessary, to accommodate future growth.

CTC encompasses more than 18-million square feet of developed and developable land. A diverse range of occupants specializes in everything from advanced technology to recreational equipment to aerospace. Nevada-based Sierra Nevada Corporation, among CTC’s roster of high-profile tenants, is putting the final touches on its “Dream Chaser” space plane, which is under contract with NASA to deliver scientific equipment to the Intenational Space Station. Sierra Nevada’s presence at the center is at 500 employees and growing.

R&D-focused enterprises such as Charlotte’s Web and Sierra Nevada are among a wave of innovators establishing roots and expanding in Colorado. The state ranks second in the nation in Milken Institute’s State Technology Science index, a report that ranks states based on “their science and technology capabilities and broader commercialization ecosystems that contribute to firm expansion, high-skills job creation and broad economic growth.”

Factors spurring the growth of R&D in Colorado reach far beyond the widespread presence of clusters such as CTC. Colorado’s 33 federally funded laboratories serve as magnets for companies engaged in commercial research. Federal labs include the National Oceanic and Atmospheric Administration, the National Renewable Energy Laboratory, the National Institute of Standards and Technoloy and the Cooperative Institute for Research in Environmental Sciences.

Charlotte’s Web, which uses liquid chromatography to test levels of cannabinoids in the field, believes its growing presence in Louisville will yield increasingly sophisticated technologies.

“Our expanded R&D focus in this facility will leads us to future innovation that will ensure we remain the leader in production technology,” says Stephen Lermer, Charlotte’s Web’s chief operating officer. “Many of the extraction technologies employed in our sector are decades old,” Lermer says. “In our new facility, we will be incorporating the latest in extraction and post-processing refinement technology that enables differentiated end-products with unique characteristics.”

In June 2019, Finland’s Vaisala broke ground on an expanded U.S. headquarters and R&D center, also in Louisville’s CTC. The 38,000-sq.-ft. expansion is to house the Helsinki-based technology company’s 150 Colorado employees. Vaisala’s weather and environment monitoring equipment is used globally and was selected to be on the Mars 2020 Rover.

“Colorado is a perfect location,” said T.J Mattimore, president of Vaisala’s U.S. subsidiary. “In addition to enjoying the benefits of a highly skilled technical workforce and outstanding colleges and universities, we also benefit from the close proximity to key partners such as the National Center for Atmospheric Research and the National Oceanic and Atmospheric Administration. This exciting construction project,” Mattimore said, “reflects a renewed commitment by Vaisala to the region.”