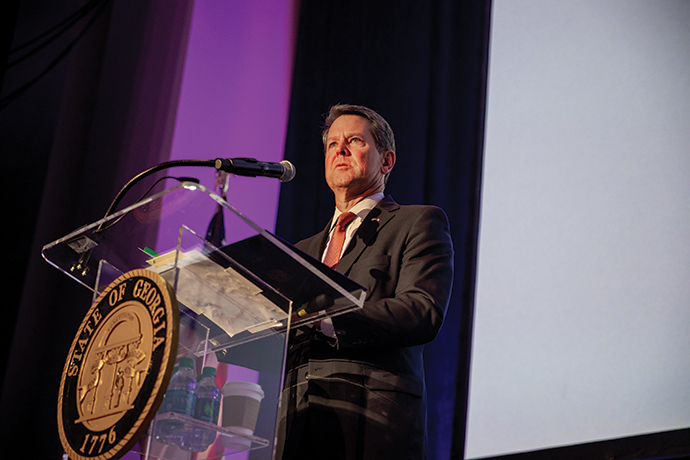 Maintaining the No. 1 business climate in America doesn’t just help companies and workers during the good times. In fact, having a business-friendly environment pays its biggest dividends when times are tough. Georgia is a perfect example. In a year when the world has been wracked by the devastation of COVID-19, the Peach State has produced some surprisingly good economic numbers.

According to data released by the Department of Economic Development, more than 10,000 jobs were created across all regions of the state during the first quarter of fiscal year 2021, generating more than $3.71 billion in new investments. That’s a 48% increase in new jobs created and an 85% increase in new investments compared to the same quarter in the previous fiscal year. This news also comes just as Site Selection magazine’s November 2020 issue reports Georgia finishing in first place again — for the eighth year in a row — on its annual ranking of state business climates.

In early October, Site Selection Editor in Chief Mark Arend met with Governor Brian P. Kemp for his take on Georgia’s economic development success and his plans for maintaining the state’s job-growth momentum. Following are highlights of that interview.

What is the state of the state, in terms of economic development, as 2020 winds down?

Gov. Brian P. Kemp: Our pipeline of projects right now is unbelievable. It’s as deep and with as many prospects as we’ve had in decades. That’s saying a lot when you think about what Governor Deal’s run was like, which was incredible. We’re seeing job totals in this last fiscal quarter way ahead of last year, we’re seeing projects in all parts of the state in all kinds of industries — corporate headquarters announcements, major IT investments, lots of projects tied to the ports on the coast. We’re seeing several food processors and others going into rural Georgia that will produce solid employment with good benefits. I feel very good about where we are.

You made rural economic development in Georgia a priority early on. How would you characterize progress in that area?

Gov. Kemp: I’m very happy about what our record is there, which is a 30% increase in projects in rural Georgia in the last year. A map showing projects in the last year almost makes it look like there are new projects in every county, which is not the case, but it’s close. It shows that we are focused on all parts of the state, and it’s helping diversify that rural economy. These investments will be very good for rural Georgia. Something else we’re working on is making sure we have more mega sites around the state that are ready to go and more development-ready sites and retooling that as part of our rural strategy. These areas want a shot at some of the bigger deals. Sometimes there’s not the employment base for that, but in some cases there is.

Georgia was both praised and criticized for its pandemic response. Your thoughts on that and what lies ahead for Georgia businesses?

Gov. Kemp: Opening early, dealing with all the pressure, but ultimately being successful got a lot of people looking at us. A lot of suppliers in the state had to shut down because their supply chains were shutting down. And they’re sending the message to their suppliers that they need to be in a more stable environment. We’re working all those suppliers, particularly the ones overseas that want a U.S. presence. 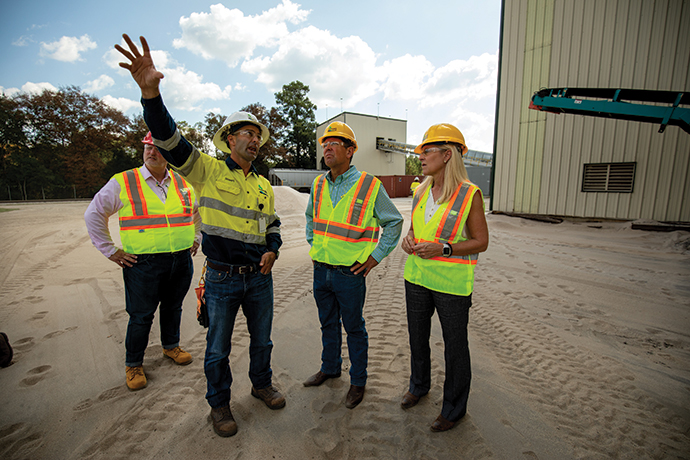 Meanwhile, we’re going to take a good chunk of our CARES Act funding to pay for the money that the Department of Labor here is borrowing for benefits. The way that money gets paid back is raising the rates on the employers, which is basically like a tax increase in the middle of a pandemic. It will be over $1 billion that we’ll set aside to cover those costs into December. This will save an average of $350 per employee. I’m excited about that. And the industries that paid the highest rates are the ones that are the hardest hit right now — restaurants, the hospitality industry. This will be very helpful to them. Everything I’m hearing about 2021 is very positive. I don’t think it will be a banner year for companies because they’re having to price very competitively. But I think they will see more positive cash flow and will bring more people back to work. We want to help keep them going until full recovery hopefully in 2022.

How did the last legislative session do in terms of addressing the state’s pandemic recovery? Was it responsive to efforts your office was making to minimize the impact on business and industry?

Gov. Kemp: Very late in the last session I asked the economic development team to look at our tax credit program and see if there was anything we could do to help our existing businesses. A lot of them were getting these credits based on the number of jobs they had to produce in a certain amount of time. They were getting penalized because they’ve had to lay people off. They would have to make up for the laid off workers and still meet their number. We worked with the legislature to have a short period of time when there was a sunset on that provision — we’re basically not counting the 2020 and 2021 numbers. They don’t get penalized and are very happy about that. It came together very quickly at the end. Thankfully, the Lieutenant Governor and the Speaker wholeheartedly bought into it. Late in the session it can be hard to get things done. Not everyone was focused on economic development like I was. 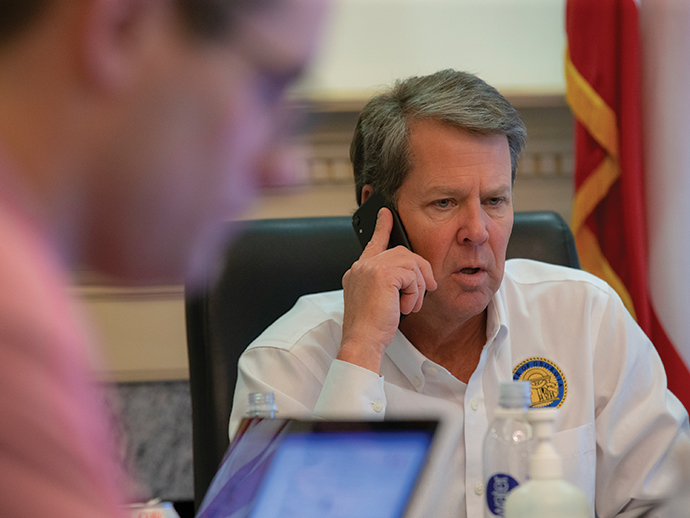 We also added an additional $1,500 to all our existing tax credit structure for PPE suppliers, so we minimize sourcing masks, gowns and other PPE from outside of the state. There’s a sunset on that too, but it’s to see if we can capitalize on companies that know they have to move to produce U.S.-made goods, and it gives people here who are retooling their businesses an incentive to do that.

In terms of the bond package, we really focused on shovel-ready projects and infrastructure — maintenance and repair more than new buildings. We’re moving ahead education and other buildings where they’re needed, but anything we could wait on we did. This will keep a lot of money turning, which keeps our economy strong.