Georgia sets records for economic development during a global pandemic. 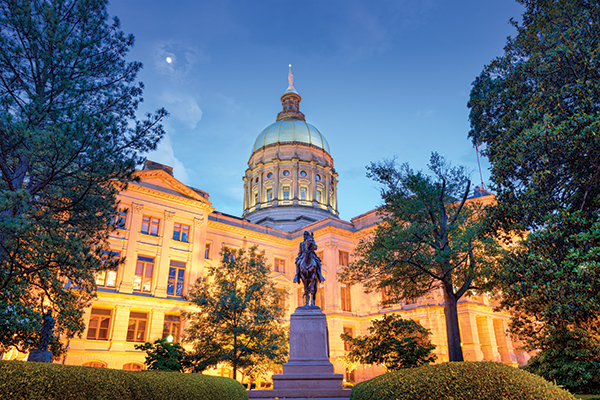 How should you measure Georgia’s business climate? Should you look at popularly cited rankings such as those found in magazines like Site Selection and Area Development?Should you look at leading economic indicators for the state? Or do you just let Georgia’s performance speak for itself?

You can do all three, of course. But the ultimate proof is in the performance. And on that scorecard, there can be no doubt that when it comes to providing a safe and inviting home for business, nobody does it better than Georgia.

“In addition to the overall state of our economy, setting new economic development records during a global pandemic is further evidence that Georgia remains the No. 1 state for business,” Kemp said. “By remaining open for business and working alongside economic development partners and private sector business leaders, we’ve been able to create greater opportunities for hard-working Georgians and their families. We’ve also prioritized attracting key industries that bring quality jobs and investments to every corner of the Peach State.”

Notable amidst this record-breaking success is the international investment that chose Georgia during a worldwide pandemic and recession. Georgia’s international partnerships accounted for nearly $2 billion in foreign direct investment; and 20% more jobs were created by FDI projects than during the previous fiscal year. The 19 projects from Korea marked the highest job creation from a single country, while Swiss-based projects led in total investment. Businesses from Germany created the second-most jobs during FY21.

And it’s not just Metro Atlanta that’s raking in the projects. Some 74% of new project locations and expansions and 69% of total investment took place outside of the 10-county Metro Atlanta region. These projects generated 17,322 jobs across the state.

Leading industries investing in Georgia this past year included automotive, advanced manufacturing, software/technology; logistics and distribution, and food processing, which on its own increased 232% in job creation over FY20. FinTech and digital media also posted strong gains; and investments into headquarters projects reached almost $93 million ­— a rise of 94% from FY20. Jobs generated by HQ deals rose 281%.

When Site Selection Magazine last year interviewed business executives and site consultants who read the publication, the respondents listed several reasons why they voted Georgia the nation’s No. 1 business climate for a record 8 years in a row:

One thing that executives like about Georgia is that it is very stable and predictable. Its main incentives have been in place for more than a quarter century, and the state has maintained its AAA rating from all three credit agencies for two decades.

A bonus for some companies is that where eligible, some tax credits can be applied to state payroll withholding liability. This effectively becomes new cash flow for the firm with no clawbacks or reporting requirements.

As a result, companies typically prosper more in Georgia than they would in other locations. This year, 18 companies with a global headquarters in Georgia made the Fortune 500 list, and 33 companies ranked among the Fortune 1000. Georgia ranks in the top 10 states for most Fortune 1000 firms.