Arizona is the first state in the nation to issue an open invitation to financial technology pioneers.

Go to the home page of Arizona Attorney General Mark Brnovich and you'll see some pretty important drop-down menu labels across the top: "Consumer," "Criminal" and "Civil Rights" among them. Like signs outside a business establishment, they tell you where to go for what you need.

Among those nine labels is "FinTech," which tells you all you need to know about Arizona's "Open for Business" sign for this revolutionary business sector. The state in 2018 became the first in the nation to pass legislation enabling a regulatory sandbox designed to help entrepreneurs blossom like so many cactus flowers across the FinTech landscape.

Why offer such a thing? Accord-ing to FinTech experts, when it comes to pushing the envelope with innovation, it pays to have a regulatory safe space within which to experiment, so that — much like autonomous vehicles, where Arizona also excels — and advances can progress with as little impediment as possible.

Greater Phoenix already has a welcoming environment for financial services and FinTech thanks to steady cultivation of the sector over the years. The metro area's finance and insurance cluster is one of the 10 largest in the nation, and the number of FinTech startups in the region already has risen by more than 50 percent since 2011. Among the renegades-turned-established players: Secure payment transfer technology Zelle, created by Early Warning Services, LLC, employs more than 700 throughout the Greater Phoenix region.

Many of those employees come from the more than 1,100 students earning degrees in accounting, finance, economics, mathematics and customer service-related areas from Greater Phoenix universities each year. And many of those graduates are cooking up revolutionary tech of their own.

While it might surprise some to see such a measure come under the umbrella of a state attorney general, it won't surprise those who know Brnovich, who has been honored by the National Federation of Independent Business as a "Champion of Small Businesses." Among the posts he served in before becoming Arizona's Attorney General in 2015 was director of the Arizona Department of Gaming. He initiated the sandbox legislation, sponsored by Representative Jeff Weninger, to encourage businesses to develop innovative products and services in the financial services sector.

Attorney General Brnovich responded to a few questions about what playing in the new sandbox could mean for the sector and for his state.

How do you think Arizona's sandbox distinguishes the state from competitors?

Arizona Attorney General Mark Brnovich: Arizona's FinTech Sandbox is the first in the United States, so our sandbox offers a runway to launch into a growing market locally or prove a concept that could expand beyond Arizona. I think Arizona is the right kind of place to implement this regulatory model, and being "first to market," so to speak, is an opportunity to attract marketplace innovation to Arizona. We have always been a state that prides itself on doing things as it sees best and not being afraid to give new ideas a chance to succeed. The FinTech Sandbox is very much within that spirit. A key difference between ours and others? We don't utilize cohorts. Rather, we accept applications on a rolling basis.

What sort of feedback have you received from the corporate and startup sectors since this measure was signed into law?

Brnovich: We have had a lot of positive feedback and interest from both sectors since launching Arizona's FinTech Sandbox on Aug. 3rd. So far, we've received several applications, and expect several more before the end of the year. We've talked with interested companies here in the United States and overseas.

It appears your efforts are a model that the U.S. Department of the Treasury would like to emulate at the federal level. How would federal sandbox legislation affect Arizona's sandbox?

“Arizona has always been a state for big ideas and this is just one more place where we are trailblazing in entrepreneurship and innovation. I hope to see the sandbox serve as a catalyst for capital investment in Arizona and provide opportunities for Arizona businesses and consumers to thrive.” 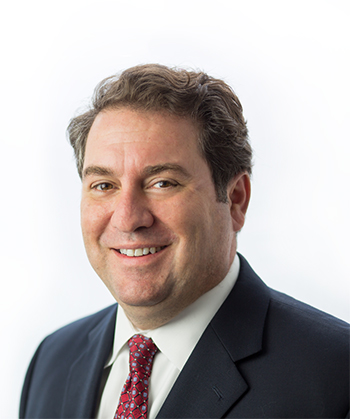 What is FinTech? "FinTech encompasses new ways of providing traditional financial services, such as banking, payment systems, or investment advice," explains the Arizona Attorney General's Office. "Accessing a bank account and making transfers via a smartphone app (commonly called mobile banking) is one example of a FinTech product. There are many different FinTech products, but each at its core delivers a financial service to a consumer in an innovative way."

What is a sandbox? The Regulatory Sandbox Program (RSP) allows financial services companies to test innovative products and technology in market for up to 24 months without obtaining a license or other authorizations that might otherwise be required. By statute, the program ends on July 1, 2028.