Tech Talent Base Fuels Innovation in the Region 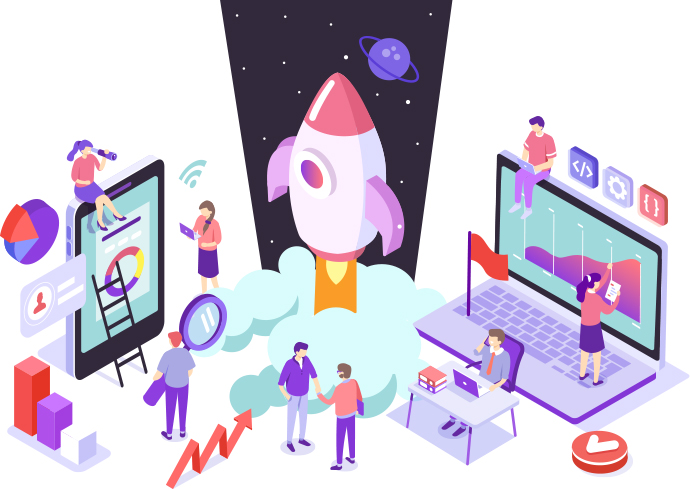 When startups choose Greater Phoenix, the tech talent in the region can can carry them to the next level.

According to CompTIA’s 2019 Cyberstates report, nearly 8% of the state’s workforce is employed by technology companies. CompTIA’s 2019 Cyberstates report shows $31.3 billion contribution to state economy from tech sector, up from $28.5 billion in the 2018 report. In Greater Phoenix, technology takes center stage. Greater Phoenix ranked No. 20 on CBRE’s 2019 Tech Talent Scorecard, which ranks 50 U.S. and Canadian markets based on their ability to grow and attract tech talent. In fact, between 2013 and 2018, Greater Phoenix created more than 9,300 tech jobs — more new jobs than other tech hubs like Boston, Washington D.C., Austin and San Diego.

With access to a strong talent base, affordability and positive economic outlook, startup tech companies in Greater Phoenix are able to gain serious traction.

After 12 years of growth, Nextiva, a business communications company, is increasing its footprint in Scottsdale with a new global headquarters. The company broke ground on its new building in October 2019 with completion expected in early 2021. The three-story campus encompasses more than 100,000 square feet.

“While many tech companies choose to establish headquarters on the coasts, Nextiva co-founders Tomas Gorny and Tracy Conrad have continuously found great success over the past 15 years in Arizona, even before Phoenix was dubbed the ‘silicon desert,’” the company notes in its blog.

Nextiva has experienced double- and triple-digit growth since its formation and currently employs 1,000 team members worldwide. When the company welcomed its first customer in 2008, Nextiva’s team was made up of less than 10 people. This growth is the reason the company was named the largest software firm in Greater Phoenix two years in a row by the Phoenix Business Journal.

“We’ve been in growth mode from the beginning, building teams at our headquarters in Scottsdale and throughout the world,” said Mark Green, Nextiva’s chief people officer. “It’s very gratifying to be recognized as the largest software firm in Phoenix. Our success can be attributed to our incredibly dedicated employees — people I’m grateful to work with every day.”

Another innovative company in the region is Truyo, a joint effort between Intel and IntraEdge — both major tech companies with locations in Chandler. Truyo, previously called GDPR Edge, uses blockchain to ensure customers data privacy.

“We are thrilled to provide a solution that helps enterprise brands thrive in this new privacy paradigm,” said Kal Somani, IntraEdge and Truyo CEO. “This is a pivotal time in data privacy, a time when regulations are granting important rights to consumers. It is thanks to new technologies like blockchain that we can offer a data privacy compliance solution that benefits both the company and consumer.”

Several global companies, including Microsoft, BDO and TrustArc, already use Truyo in their privacy compliance offerings. The company makes it easier for companies to fulfill data rights requests and overall consent management — in other words, it helps customers know what data companies collect and how they use it, and if they can use it.

“It’s startups like Truyo that give Greater Phoenix’s tech ecosystem a good name and an excellent track record,” said Chris Camacho, president and CEO of the Greater Phoenix Economic Council. “We are excited about Truyo’s innovative initiatives and look forward to seeing them disrupt the data privacy space.”

Radpay, a technology company that uses blockchain and digital wallets to make payments, was named a winner of the Arizona Innovation Challenge in December 2019. Hosted by the Arizona Commerce Authority, this technology commercialization competition has awarded 100 companies since it was started in 2011. The winners receive $150,000 of non-dilutive capital and gain entry into the mentor-led accelerator Venture Ready.

“Radpay constantly searches for new ways to remove barriers to commerce and broaden economic access,” said Radpay Co-Founder and CEO Dana Love. “The innovation award is a tremendous validation of our technology and business model. On the heels of our very successful seed round, we can expedite Radpay’s go-to-market strategy and start helping merchants lower their processing costs, increase their profitability and improve customer loyalty.”