With economic impacts accounting for 1.3 percent of all Idaho personal income, Idaho National Laboratory is a linchpin partner for the state
and its companies. 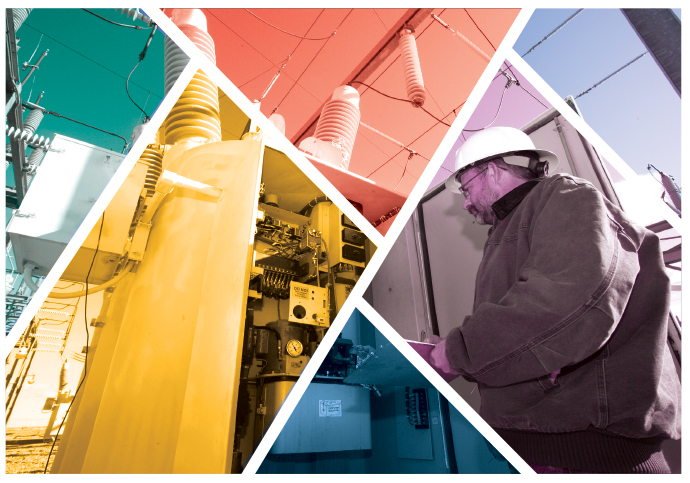 In an era where conserving energy is considered found treasure, institutions such as Idaho Power and the Idaho National Laboratory (INL) are helping customers uncover it, all while looking out for the next big energy discovery.

Energy is one of seven key industries targeted for growth by Idaho Commerce. But it undergirds many of the rest. There’s no better example than INL, managed by Battelle Energy Alliance, whose parent company, Battelle Memorial Institute, manages many other national labs.

Designated as the U.S. Department of Energy’s lead nuclear research facility, INL’s reach extends much further than nuclear power, incorporating research in such areas as life sciences and geothermal energy. Among other programs, the Center for Advanced Energy Studies (CAES) is a research and education consortium led by the INL with member institutions Boise State University, Idaho State University, University of Idaho and University of Wyoming, all on a mission to promote the effective and efficient use of energy resources.

In FY 2017, INL operations — which directly employed an average of 4,256 workers and spent $139 million with Idaho businesses — added $1.94 billion to Idaho’s GDP, increasing personal income in the state by $862 million.

Amy Lientz is the INL’s director of partnerships, engagement and technology deployment. If that sounds like a broad mandate, her resumé explains why: She’s worked on everything from energy project siting to waste management to project management with such firms as CH2MHill, Northrop Grumman and EG&G.

“Here in Idaho we like to think of ourselves as small, but mighty and fast,” she says. “If industry wants to site, permit and build, then one would be hard-pressed to find a state to deliver that entire package faster … If an industry is growing and wanting to innovate in energy or security, they often have research needs and interests. We have a multitude of mechanisms where industry can get help from our experts and researchers; use our facilities, laboratories, capabilities and equipment; and partner with us for competitive grants. We are constantly trying to make ourselves more accessible to industry and make it easy to do business with us.”

Lientz responded to a few questions about the state’s place in the energy landscape.

Put yourself in a corporate site selector’s shoes and describe the chief competitive advantages you see in Idaho when it comes to the energy sector.

LIENTZ: I am in the business of energy research for Idaho National Laboratory. We partner with the energy sector in Idaho and across our borders, not only for research projects but also to supply our own energy needs on our 890-square-mile site. Companies like Idaho Power and Idaho Falls Power are two example of our strong partners, helping us to innovate new energy solutions and working with our power engineers to reduce our own energy costs. As other businesses look to move to Idaho, they are quite surprised by the low energy costs. It is partnerships like ours between industry and utilities that help deliver Idaho’s low monthly utility costs ($343.71) — one of the lowest in the nation.

You have degrees from both major Idaho universities, and now work for what many would call the state’s leading institution. Are there other, lesser known aspects of the state’s “institutional infrastructure” that corporate leaders should know about?

LIENTZ: Idaho is an exquisite state, but our geographic beauty of protected wilderness, deep river canyons and high mountain peaks often makes it a challenge to get around and collaborate with other research institutions. Our state and INL invested in the Idaho Regional Optical Network (IRON), a dedicated high-speed fiber-optic network infrastructure to connect us and enable us to transfer “big data” among the research universities, other educational entities, the national laboratory system and the health sector. Without IRON, research and economic development would be significantly impeded in Idaho.

Describe some examples of partnering on a research or operational project with major employers and with startups in the state.

LIENTZ: It’s important to mention INL’s work in nuclear energy, because of our history— the development of 52 original reactors that paved the way for an industry that provides nearly 20 percent of America’s electricity and more than half of our carbon-free electricity. But it’s also important because INL is a partner at the forefront of an exciting new nuclear technology. The INL site is the proposed location for the first small modular nuclear reactors (SMRs) designed by NuScale Power. These 60-megawatt reactors would be owned by the Utah Associated Municipal Power Systems (UAMPS), a consortium that provides electricity to roughly 40 cities in seven western states. 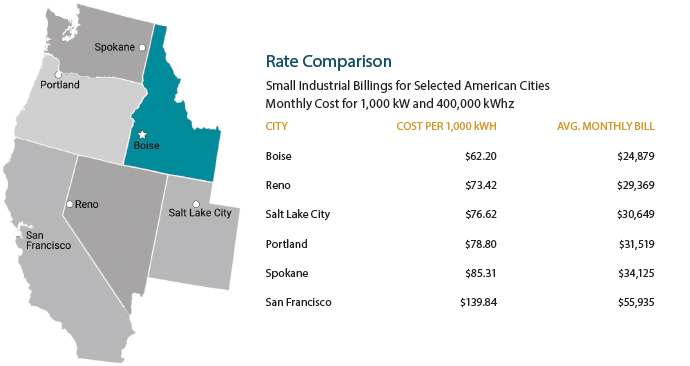 The NuScale plant would hold up to 12 individual modules, and possess a much smaller footprint than conventional nuclear reactor power plants. With SMRs, individual modules could be built in a factory and transported by truck or train to the power plant site, as needed. It’s akin to building a garage and filling it with vehicles over time. SMR designs incorporate advanced safety features and maximize operating efficiency. SMRs could potentially power significant users of energy, such as production facilities (e.g. water treatment/purification or mines) and large industrial complexes.

Partnering with other companies has been quite a success story at Idaho National Laboratory. Some examples:

WindSim, Idaho Falls:
WindSim, a Norwegian company that has been conducting wind energy research with INL, will be opening an office in Idaho Falls to continue this partnership and the commercialization of its Power Line-Optimization Solution. WindSim’s software has been integrated with INL’s GLASS dynamic line rating solution.

Rocky Mountain Scientific (Global Phosphate Solutions), Idaho Falls:
Rocky Mountain Scientific (RMS) has been working around the world on a solution to reduce phosphate runoff in freshwater, which can cause toxic algae blooms. RMS developed a phosphate-attracting compound and partnered with INL researchers to create a process for composite pellets that incorporate an INL-developed binder with this phosphate-attracting powder to make a ‘sponge’ that absorbs phosphates from water and can be wrung out and reused.

Sakae Casting, Idaho Falls:
This Japanese-based aluminum casting company opened its first U.S. location in Idaho Falls, which will give the company a chance to work directly with INL and other nuclear and advanced manufacturing customers in the region. Sakae decided to use this location to focus on research and development opportunities with INL and other partners.

Inergy Solar, Pocatello:
When it came for the testing and validation of a new battery storage technology, Inergy Solar, a three-year-old company with headquarters in Pocatello, didn’t have to look far for help. Under INL’s Technical Assistance Program, researchers at the lab’s Battery Testing Center helped the company determine how an advanced generation of lithium-ion battery cells would perform under various conditions that mirror those seen in Inergy’s products.

Idaho Scientific, Boise:
Idaho Scientific was awarded a $149,000 Small Business Innovation Research grant by DOE after participating in an INL SBIR roadshow. This grant will provide funding to prototype and demonstrate a promising processor architecture capable of mitigating cyber vulnerabilities in critical infrastructure, like the United States energy grid.