Interchange for a Nation 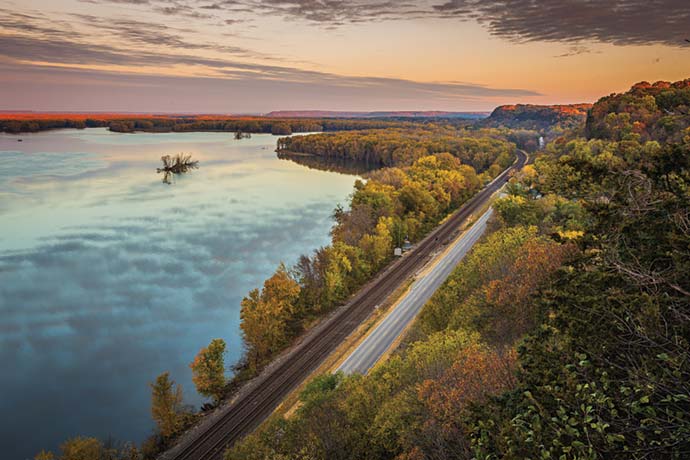 The Great River Road runs for 550 miles along the western border of Illinois.
Photo by Adam Alexander courtesy of the Illinois Office of Tourism
by ADAM BRUNS

Infrastructure is integral to the Illinois economy. Pick your national transport mode, and you’ll find it intersects in Illinois.

Ranked No. 1 in the U.S. for non-stop overseas flights, Illinois is a global hub for air transport. The state is home to 12 major airports, including Chicago O’Hare, among the world’s busiest airports.

With 2,185 federal Interstate highway miles — including long-route highways I-90, I-80, I-70, I-55, I-57 and I-64 — Illinois ranks No. 3 in the nation. In addition, the Illinois DOT points out, “there are a total of 15,969 miles of state highways and 7,847 bridges making the interstate route accessible across the entire state. More than 10,689 trucking establishments within Illinois take advantage of this extensive network of highways.”

The state’s 9,982 miles of railroad tracks feature 7,792 miles operated by Class I railroads, primarily BNSF Railway and the Union Pacific Railroad (UP). According to the latest rankings from the Association of American Railroads (AAR), in 2017 Illinois was No. 1 in the nation in rail carloads originated and rail carloads terminated, with more than 4 million each. It also led the nation in total rail tons carried (more than 483 million tons), and total railcars carried (i.e. passing through the state), with more than 12.7 million. And it was No. 2 (behind Texas) in freight rail employment (12,006) and freight rail wages (more than $1 billion).

Chicago is the largest U.S. rail gateway, with hundreds of freight, passenger and commuter trains passing through the region daily. The challenges such a busy confluence brings are met with unique solutions from programs such as the Chicago Region Environmental and Transportation Efficiency (CREATE) program, whose Dolton Junction Interlocking project just received $19.2 million in federal funding in summer 2019, a year after $132 million in federal funding was awarded for CREATE’s 75th Street Corridor Improvement Project (CIP) to address one of the most congested points in the U.S. rail network.

BNSF Railway Company in March announced that its 2019 capital expenditure program in Illinois will be approximately $135 million. “As a national rail hub, Illinois plays an important role in our country’s transportation network,” said, Jason Jenkins, general manager of operations, Chicago Division. “This capital investment helps maintain a world class rail system that drives the state’s economy by linking it to markets around the world.” BNSF has invested more than $1.2 billion to expand and maintain its network in Illinois over the past five years.

In Chicago, the company plans to add additional parking capacity at its Corwith Intermodal Facility. Meanwhile, in January 2019, Logistics Park Galesburg in Galesburg, located along BNSF’s main line and I-74, received BNSF’s Certified Site designation. The park offers prospective tenants more than 300 acres of shovel-ready land for heavy industrial development. BNSF has a major presence in Galesburg, including one of BNSF’s busiest classification yards.

As for waterborne commerce, Illinois not only hosts the confluence of the Ohio and Mississippi Rivers in Cairo (where a new port may be in the works), but also the confluence of the Mississippi with the Illinois River (in Grafton) and the Missouri River (in Hartford). As such, the state is Exhibit “A” in the national momentum for more waterborne commerce and inland port development. In addition to the Port of Chicago and the Port of East St. Louis, the state also is home to America’s Central Port, just down river from St. Louis in Granite City. Turning 60 this year, the port owns and operates 1.9 million sq. ft. of warehouse space, with over 70 tenants leasing from the port district. Transporting a value of more than $1.1 billion in freight annually, it’s home to service from six Class I railroads, 30 miles of rail, two multi-modal harbors and 100 acres of development-ready land.

The STII describes I-ACT’s parcel as “a uniquely advantageous location” near I-57, an airport, a major rail corridor, a grid-system village and agricultural lands, all located in “the multimodal transportation hub of the country.” The project aims to offer research expertise and deployment in artificial intelligence, computing, control, data science, economic and management, infrastructure, human factors, policy and law, robotics, security, sensing, and workforce training.

“STII is going well and the momentum is strong for I-ACT,” Prof. Al-Qadi says. “Interest from industry and IDOT have been strong.”

The power grid is as crucial to economic growth as the highway grid. Progress in Illinois was recognized in December 2018 when the GridWise Alliance was one of only two states given the GridWise Leadership Award for continued success at implementing initiatives that spur grid modernization efforts. California and Illinois finished in first and second place, respectively, in the organization’s Grid Modernization Index.

“In Illinois, the Future Energy Jobs Act [FEJA] established numerous requirements and incentives for renewable energy, storage, long-term planning, and energy efficiency, including peak demand reduction,” the GridWise Alliance stated, noting that “the Illinois Commerce Commission (ICC) issued a ground-breaking order to establish regulatory accounting treatment for cloud-based computing solutions, seen by many observers as a key pathway to move toward a service orientation (versus the traditional infrastructure focus core to most regulatory regimes).

Major utilities such as ComEd — an Exelon company, and Ameren are important partners in the modernization effort.

“Our modernized, digitized infrastructure from the implementation of the Energy Infrastructure Modernization Act (EIMA), more commonly referred to as our smart grid initiative, is a significant asset to businesses who place an emphasis on strong reliability performance and smart infrastructure,” says Ed Sitar, ComEd’s manager of economic development. “The infrastructure components, such as distribution automation switches, new poles, system hardening, etc., were completed in 2017 and have resulted in best in class record reliability for ComEd customers. Key results include more than 11 million avoided customer interruptions since 2012 and a 45% reduction in the number of outages, equating to $2.1 billion in societal savings.” 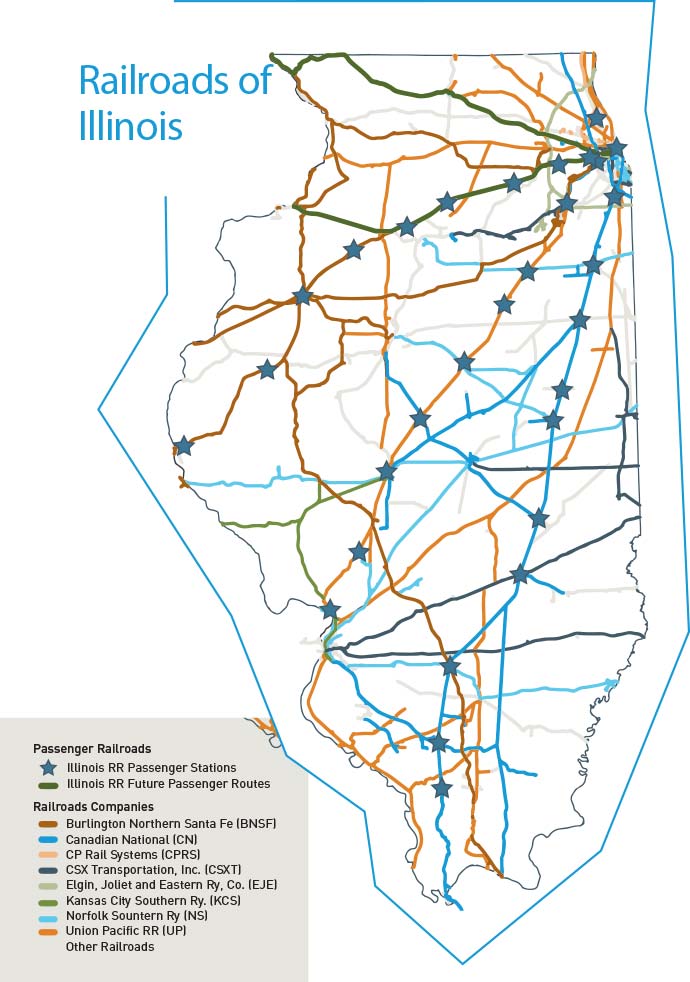