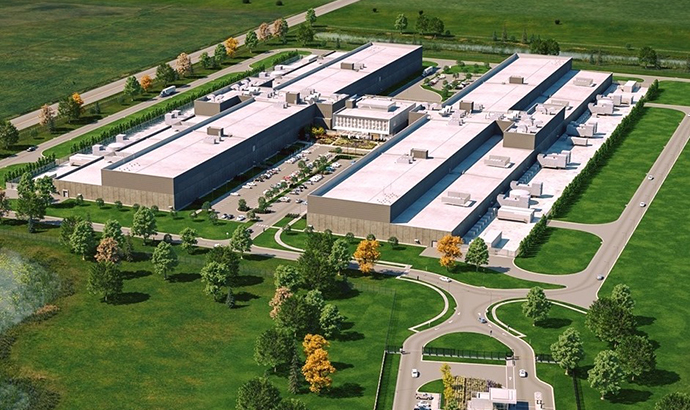 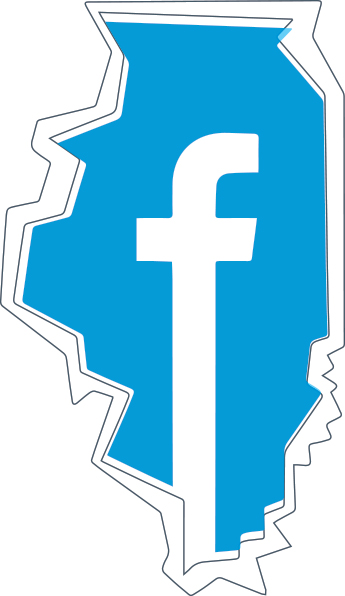 When your company operates a social media site that has 2.6 billion users and generates over $70 billion in revenue each year, it’s safe to say that you are constantly looking to expand your physical footprint.

With an ever-increasing need for processing power and storage capacity, the social media behemoth announced on June 30 that it would invest $800 million to build a 907,000-sq.-ft. data center in DeKalb County, Illinois, about 60 miles west of Chicago. The 505-acre site in the ChicagoWest Business Center in DeKalb is the culmination of 14 years of work by the Krusinski Construction Company and its CEO Jerry Krusinski.

Since 2006, Krusinski has spearheaded an effort to bring tech companies to Illinois as opposed to neighboring states. With the official landing of Facebook, his dream has finally come true.

“Krusinksi Construction Company is proud to have helped make Facebook’s investment in DeKalb possible,” said Krusinski. “We recognized the potential of this location for mission-critical data centers given its proximity to transmission voltage electrical power, abundant water supply, essential sanitary capacity, multiple broadband carriers, easy access to interstate transportation, accessible utilities and ready workforce. We are totally engaged in delivering on the first phase of this development as we provide the utility infrastructure and roadwork improvements necessary to make the project a success.”

At project peak, about 1,200 construction workers will be employed in building the facility, while 100 operational jobs will be created full-time upon completion.

“There are many variables that enter into the decision process for data center locations, and DeKalb provided many compelling reasons for Facebook to bring our newest data center to Illinois.”
— Rachel Peterson, Vice President of Data Center Strategy, Facebook

“There are many variables that enter into the decision process for data center locations, and DeKalb provided many compelling reasons for Facebook to bring our newest data center to Illinois,” said Rachel Peterson, vice president of data center strategy for Facebook. “We’re so thankful to the City of DeKalb, the DeKalb County Economic Development Corporation, the Illinois Department of Commerce & Economic Opportunity, and all of our community partners for their diligence and enthusiasm throughout this process. We are proud to join the DeKalb community and look forward to a strong relationship for years to come.” 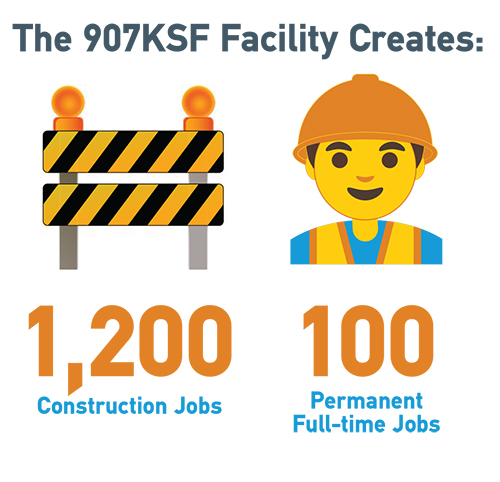 The new facility will be Facebook’s 12th data center in the U.S. and will be powered 100% by renewable energy. It will also use 80% less water than the average data center and be LEED Gold certified. Upon completion, it will rank as one of the largest data centers in Illinois.

It also marks a capstone for the administration of Illinois Gov. JB Pritzker, who has worked to steadily increase data center capacity in the state. In 2019, Illinois raised its capacity by 10%, leveraging Chicago’s top 5 data center market status in the country.

Facebook is partnering with the City of DeKalb, the Kishwaukee Water Reclamation District and Krusinski Construction to help design, build and provide support for infrastructure for the surrounding community for years to come.

Improvements include more than 2 miles of Class II roadway upgrades including a truck-rated roundabout and a four-way signalized intersection, about 3 miles of 16-inch water main, and about 1.5 miles of deep gravity trunk sewer with capacity in excess of 4 million gallons a day.

The entire project is slated for completion sometime in 2022.