All Roads Lead to Illinois

By investing in infrastructure, Illinois is playing to its strength. 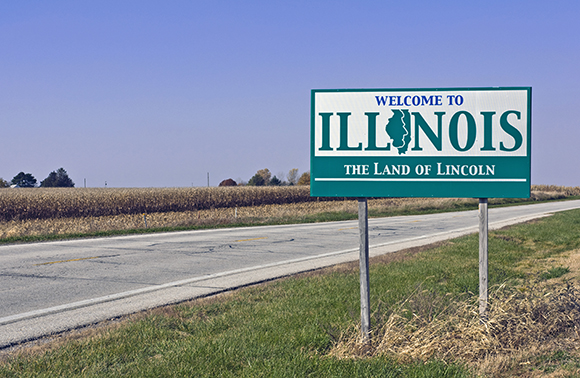 Ports, airports, highways and data cables connect the world like never before. Businesses are choosing to locate in Illinois because of the state’s global connectivity and its central North American location.

Perhaps no greater evidence of that exists than the fact that Chicago has led the U.S. in foreign direct investment (FDI) for eight years in a row, as ranked by the IBM Global Location Trends report. The latest edition of the report, released in May 2021, also placed Chicago at No. 8 for FDI globally. The city  currently is home to more than 2,000 foreign-based companies, accounting for more than $140 billion in foreign direct investment.

“Chicago is a great city because of its access to a robust pipeline of diverse talent, central location, and business infrastructure,” said Jonas Swarttouw, vice president of business development for Newcold North America. “In our short time in the city,” said Swattouw, “we’ve discovered that the growth opportunities are so vast and plentiful, we expect to exceed current plans for our local footprint.”

Illinois’s central location puts businesses, people and goods within a four-hour flight of the entire North American market. The state is the center of America’s transportation network, and that includes by car, truck, rail, air and water. It is home to the largest inand port in North America — CenterPoint Intermodal Center.

“Illinois is a transportation haven, and that’s due our location, which is one of the biggest advantages we have,” says Mark Denzler, president of the Illinois Manufacturers Association.

“We have thousands of miles of highways and interstates,” Denzler observes. “We are the only state that has all seven Class I railroads coming through it. The Port of Chicago is the fifth busiest port in the United States. And of course, we have O’Hare.”

It’s one thing to own an advantage. It’s something else to put it to use. For its part, Illinois continues to leverage its central location by pouring money into the infrastructure that keeps businesses in motion, evidenced by the on-going $8.5 billion improvement of O’Hare International airport, approved by Chicago in 2018.

A year later, Illinois Gov. Pritzker stepped forward amidst a national discussion over infrastructure with “Rebuild Illinois,” a massive capital campaign approved during his first year in office.

The $45 billion infrastructure plan devotes some $33.3 billion to statewide transportation projects, which include not only roadway expansions and repairs, but also mass transit, passenger rail, ports and other projects. The program, intended to help revitalize local economies, is expected to put some 540,000 people to work.

Projects under the plan “will be the means for us to ensure our transportation system is reliable and safe and provides economic opportunity for everyone in Illinois — our guiding principle,” says Acting Illinois Transportation Secretary Omer Osman.

“Chicago is a great city because of its access to a robust pipeline of diverse talent, central location, and business infrastructure.”
— Jonas Swarttouw, vice president of business development for Newcold North America

Peddle to the Metal

“This past year truly has brought home how important transportation systems are in connecting the lives of our residents and our communities, delivering food products to grocery stores, getting essential workers to their jobs and transporting patients to the hospital,” said Pritzker.

According to the Illinois Department of Transportation, the plan includes $5.79 billion for highway reconstruction and preservation and $4.82 billion for bridge improvements.  Just under $5.25 billion is targeted toward strategic expansion, system support and safety.

Projects underway through Rebuild Illinois include a $173 million multi-year investment in Interstate 57, more than $90 million worth of improvements to Interstate 55, and $40 million invested in Interstate 80 in northeastern Illinois.

“Projects that involve extending a highway that doesn’t exist today or taking a two-lane road and turning that into a four-lane, limited access highway could change the economics of a particular region and open sites to development,” Buelow says. “It can change traffic patterns and influence where people decide to live and which housing developments get built. These highway projects can shift where companies go, where retail and commercial establishments get built. New roads are a big deal.”