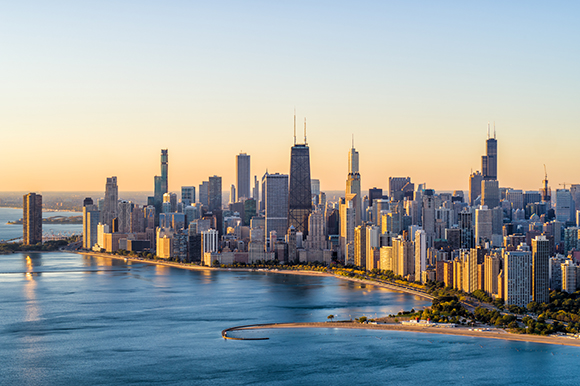 Only three states are home to more major corporate headquarters than Illinois, which weighs in with 38 Fortune 500 companies. In fact, Illinois is home to the highest number of Fortune 500 headquarters in the Midwest and the most since 2011. Ten of those 38 companies made the Fortune 100 list for 2021, and they represent well the state’s diverse economy: energy (Exelon), pharmaceuticals (Abbot Laboratories and AbbVie), aerospace (Boeing), manufacturing (Caterpillar and Deere), financial services (State Farm and Allstate), food processing (Archer Daniels Midland) and health services (Walgreens). Their combined economic impact is immense: They employ more than 911,000 people and bring in almost $1.3 trillion in revenue annually.

Nine of these companies made online career platform Zippia’s 2019 list of the best Fortune 500 companies to work for in Illinois — as did 27 others. They include Baxter International in Deerfield, Ingredion in Westchester, Anixter in Glenview, Packaging Corporation of America in Lake Forest and CDW in Lincolnshire.

The top five private companies in Illinois by number of employees, according to Zippia, are Walgreens (Deerfield, 253,400), McDonald’s (Oak Brook, 210,000), Boeing (Chicago, 153,000), Caterpillar (Peoria, 101,500) and Abbott Laboratories (North Chicago, 99,000).
Foreign companies, too, are major employers in Illinois, with more than 2,000 throughout the state. The countries with the most foreign direct investment in Illinois by jobs are the United Kingdom, Japan, Germany, Canada and France. Others responsible for thousands of jobs are New Zealand, the Netherlands and Switzerland.

Canadian electric vehicle manufacturer Lion Electric Company announced in May that it will build its first-ever U.S. manufacturing facility and the largest plant of its kind in Joliet. A minimum of $70 million will be invested in a 900,000 square foot facility to produce medium and heavy-duty electric vehicles (EVs). The facility is expected to come online in the second half of 2022, setting into motion annual production capacity of 20,000 zero-emission vehicles a year, and creating at least 745 jobs for Illinoisans.

“Lion is the leader in electric school buses and has always been dedicated to the U.S. market, and our commitment to be close to our customers is one of the core values we have as a company,” said Marc Bedard, CEO and Founder of Lion. “This significant expansion into the U.S. market will not only allow us to drastically increase our overall manufacturing capacity of electric trucks and buses but to also better serve our customers, while adding critical clean manufacturing jobs that will form the backbone of the green economy. I also want to acknowledge the crucial role that P33 and Intersect Illinois, civic groups committed to developing a long-term roadmap for the local tech industry, played in connecting Lion with the Chicago area’s business and civic community to help further commercial traction, as well as engagement with key workforce and supplier partners.”
In March, France-based InnovaFeed, a producer of animal nutrition and feed, announced plans to bring the world’s largest insect protein production to Decatur, where it will co-locate with ADM’s corn-processing complex. Together, these investments will bolster Illinois’ access to sustainable agriculture feed supply, while creating new jobs and advancing the growing agriculture industry in Illinois.

“We are very pleased to launch this ambitious project, working alongside ADM and Illinois state partners as InnovaFeed expands to provide sustainable solutions to meet the fast-growing demand for insect feed in the U.S. and worldwide,” said Clement Ray, CEO and co-founder of InnovaFeed. “Around the world, InnovaFeed is contributing to the emergence of sustainable food systems by developing a pioneering and sustainable industry. Our new operations in Illinois, a global leader and destination for agriculture, will allow us to take the next steps to innovate and grow our business.” 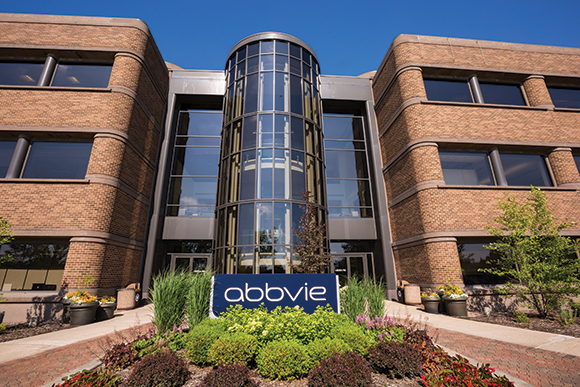