Behind the camera, production crews like what they’re finding in the Prairie State. 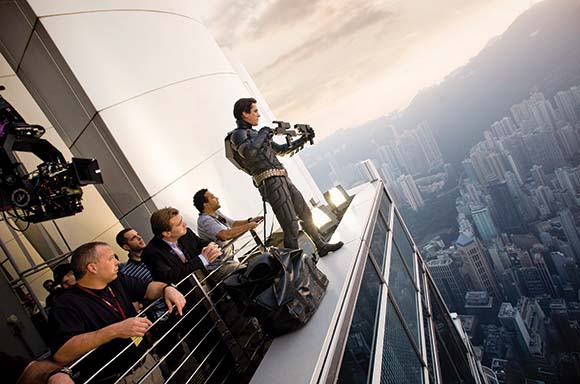 After 2020 saw a bevy of film and TV production projects shut down due to COVID-19, the first quarter of 2021 saw many of these projects return to production as conditions improved.

In Illinois, more than 1,775 local jobs in this sector were added in the first quarter, and many more were on the way. Anticipated new and returning projects for 2021 in Illinois included “Chicago P.D.,” “Chicago Med,” “Chicago Fire,” “The Chi,” “South Side,” “Paper Girls,” “61st Street,” “The Big Leap,” “Work in Progress” and a “Power” spinoff.

Even during the pandemic in 2020, Illinois maintained over 200 film projects that yielded over $360 million in estimated expenditures and 7,780 job hires. By the end of 2020, film production had resumed on many shows, including the return of the award-winning FX series “Fargo,” NBC’s “Chicago” series, and a major studio feature, “The Batman.”

At the helm of Illinois’ ongoing film and TV recruitment efforts is Peter Hawley, Director of the Illinois Film Office and former longtime film and commercial producer. In the following interview, Hawley shares his insights on the industry in Chicago and beyond.

What incentive programs are available to help film and TV production in Illinois?

Has the state adopted any major changes to its film and TV incentives in recent years?

HAWLEY: It is all tied to the tax credit. In 2019, Gov. Pritzker extended the tax credit for 7 more years to 2026. That extension has allowed more production to come in. The more successful we have become, the more work we have landed. Our crew base is much bigger today. We had 20,000 job hires in the film industry in 2019 alone.

What are some big wins you have had in this area in the past 3 years?

HAWLEY: Dick Wolf shows like “Chicago Med,” “Chicago Fire” and “Chicago P.D.” They do huge work here every year. All three shows have been extended for 3 more years by NBC Universal. We have a great relationship with them. I also love season 4 of “Fargo” with Chris Rock. It was set in Kansas City at the turn of the century. Chicago doubles as KC. It was a huge production. They had two episodes left when the pandemic hit. They were the first production to come back post-pandemic. That opened the floodgates for other shows to come back to Chicago.

“Fargo” will always have a special place in my heart. We won the competition to get that show here.

What are some of the more notable film and TV production projects going on in your state currently?

How has the rapid proliferation of streaming platforms, movies and shows impacted this sector in Illinois?

HAWLEY: In 2013, there were about 250 scripted TV series on the air in the U.S. “House of Cards” premiered on Netflix then. That completely changed the business. There are now more than 500 scripted TV shows in production. In 8 years, the number of shows doubled, and they must be produced somewhere. We have had Amazon shows, and now HBO is a regular production in Illinois. Netflix comes here regularly. Apple TV is shooting here.

How many people are employed in film and TV in Illinois?
HAWLEY: We track those numbers every year. We had about just under 20,000 job hires in 2019. We are tracking close to that number in 2021.