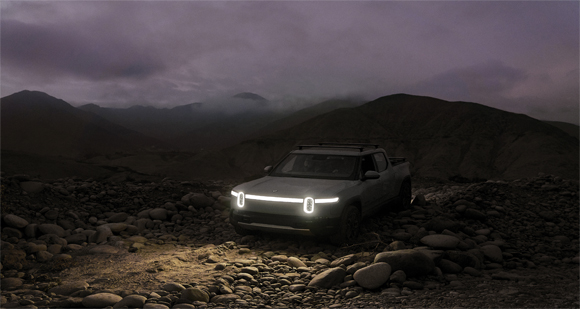 Earlier this year, Illinois took the top ranking in Site Selection magazine’s annual rankings for the top locations for sustainable development. Illinois moves up from the No. 3 spot in the 2021 report, which combines standard green metrics such as LEED-certified buildings, renewable energy use and green building incentives with measures such as the areas’ corporate social responsibility profiles to identify the best locations in the world for sustainable development. Illinois bested other leading states, including California, Michigan, New York, and Minnesota, for the top spot in 2021.

“Illinois tops the charts in sustainability thanks to forward-looking policies, a long history of green development, and the timely investments my administration is making to boost economic opportunity and promote healthier environments for decades to come,” said Governor JB Pritzker. “Our strategic push to expand our burgeoning electric vehicle industry, supporting manufacturers like Lion Electric and Rivian, is an example of the many sustainable and renewable energy projects around our state. Every day we see more companies choosing Illinois to scale environmentally beneficial products that create good, 21st-century jobs. The time is now to invest in an equity-centric clean energy future, which is why I am proactively supporting the resources, infrastructure and skilled workforce training needed to keep Illinois communities and companies at the forefront of this revolution.”

Illinois continues to be recognized for its advancements in clean energy adoption, ranking fifth in the U.S. for wind energy generation and is home to many recent expansions in electric vehicle manufacturing.

Taking Sustainability on the Road

Already an industry powerhouse, the EV transportation industry and its surrounding infrastructure employ more than 5,000 Illinoisans. A recent report prepared for Advanced Energy Economy by BW Research Partnership anticipates electric transportation employment in Illinois will grow to more than 9,500 workers by 2024 — an 83% jump in just three years.

The State of Illinois recently invested $15 million in Manufacturing Training Academies, with an EV and energy storage specific training pathway established in Normal, Illinois, by Rivian and Heartland Community College, which will help build the pipeline of talent needed to support the industry’s growth.

Commitments from leading companies include Rivian, which produces its electric SUVs and trucks in Normal, adding 2,200 jobs and Canadian based Lion Electric, which is investing $70 million in its first ever U.S. production center in Joliet, adding 745 jobs to produce 20,000 electric buses and trucks annually. Lion Electric’s new 90,000 sq. ft. facility represents the largest dedicated production site for zero-emission medium and heavy-duty vehicles in the U.S. and Lion’s biggest footprint in the market, giving the company the ability to meet the increasing demand in the marketplace for “Made in America” zero-emission vehicles, while simultaneously bringing production closer to its customers.

This additional production capacity will aid Lion in scaling electric bus production. The U.S. market moves to electrify a significant portion of its school bus fleet and produce a larger number of heavy-duty zero-emission trucks as governments and operators throughout the U.S. look to decarbonize freight and transportation fleets. Lion anticipates that the first vehicles will roll off the production line in the second half of 2022.

In February 2020, EVBox, the leading global manufacturer of electric vehicle charging stations and charging management software, chose Libertyville as the site of its new North American headquarters and production facility. The facility will take up approximately 60,000 sq. ft. of the Innovation Park campus located around 40 miles north of Chicago. EVBox will produce about 200 units of DC charging units per week in the initial phase at this new site — a level of production expected to create between 80 and 120 new jobs in the immediate region.

With offices in New York, San Francisco and Los Angeles, the new headquarters in Libertyville provides a central location and closer proximity to the company’s American customers. With over 6.5 million new EVs expected to be on American roads by 2025, EVBox intends to further strengthen its position as the global EVSE industry leader with this move.

“EVBox has successfully built electric charging infrastructure in Europe and is devoted to establishing sustainable transportation as a practice that moves the entire planet toward a zero-emission future,” said Kristof Vereenooghe, CEO of EVBox. “With over 10 years of expertise, we are confident that we can contribute significantly to the eMobility market in North America. Having a factory in Illinois means that we will be closer to our American customers and will help strengthen local production and employment.”