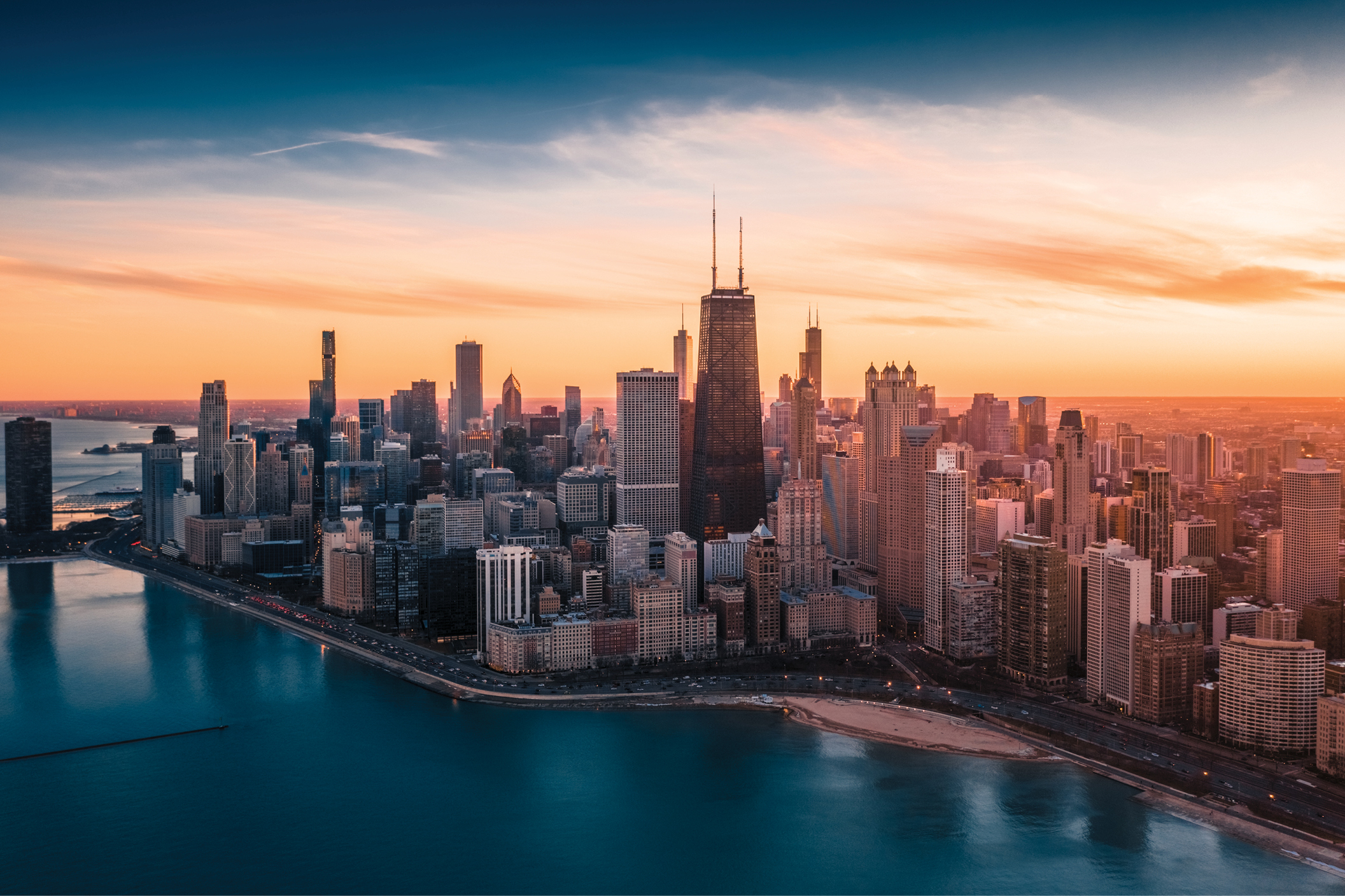 by Anna Reuter
I

n the Downtown Chicago Loop, start your morning at one of a dozen airy boutique cafés and watch the kayakers on the Riverwalk from behind the window. Turn 90 degrees and choose which billion-dollar startup you want to explore that day.

Lassoed by the Chicago River and crisscrossed by the metro and a plethora of restaurants, Downtown Chicago now houses 23 unicorn companies — a private startup valued at over $1 billion. These fundraising triumphs are attributed to all sorts of sectors, from finance and food production to video sharing and distribution, and no one sector makes up more than 14% of total employment. The dense ecosystem of startups meshed with foundational institutions is the kingpin of what makes the city so unique.

The tech triumphs of the past five years are built on the rich history of business-to-business specialization and a century-long prioritization of trade. Chicago embodies the intersection of cutting-edge technology with the industrial strengths of the state like agriculture, healthcare, life sciences, finance, transportation and logistics. The salt of the earth attitude that characterizes the population facilitates the connection between founders and corporate interests, and a variety of programming and networking options lays down the foundation. One industry-specific event to recently premier was the 2022 Chicago Venture Summit Future-of-Food, a sold-out and specialized conference of the Chicago Venture Summit. The lineup included 14 Fortune 500 companies, 110 local startups, 100+ investment firms, and more than 700 participants. Abin Kuriakose, executive president of Innovation and Venture Strategy at World Business Chicago, outlined a major focus of the summit — integrating old business with new tech: “We’re big believers in this idea: How do we mobilize the business ecosystem here to be deeply invested in our startup ecosystem, and do it in a way that’d beneficial for business?” Efforts in integrating the two ecosystems have undoubtedly paid off. Abin reported that five years ago, fewer than 100 food and agriculture companies were headquartered in Illinois. Now, it’s more than 400.

If Not Here, Where?

The financial and technological ecosystem of the city earned it international recognition from Deloitte in 2017 when the company named Chicago one of the top five hubs for financial technology, and the highest-ranking new city on the list, beating out the likes of Hong Kong, New York and Silicon Valley.

“I’m a big believer what happened last year was a flight to quality. You saw historic data for the first time that Silicon Valley dollars didn’t stay in Silicon Valley,” said Kuriakose. “I think they found high-quality founders and startups in Chicago.” The tech companies of the city draw talent from Illinois’ compelling higher education institutions and have worked to reimagine the traditional training track. Chicago promotes talent through its City Colleges, where students can earn an associate degree free, and go on to enroll in the Digital Scholars summer pipeline program, which works to connect students to startups. In 2021 and 2022, up to 40 startups participated, and gave the students glowing praise for their interest and excitement in STEM.

On top of the growing STEM workforce, the industry expands its reaches through a gung-ho incubator and accelerator force. Peek inside Merch Mart across the river from the fintech army of LaSalle Street and you’ll see a diorama of restaurants, design firms, food processing offices, chambers of commerce, furniture stores, and trade events alongside tech incubators.

Notable residents of the building include 1871, Matter, Bunker Labs, Elmspring Accelerator, TechStars Chicago and 1871’s program WiSTEM. 1871 is a notable spearhead of the city and boasts impressive stats with $3.5 billion raised in venture capital, 19 out of 23 of the city’s unicorns in membership, and over 14,000 jobs created. Meanwhile healthcare tech incubator Matter advertises $2.25 billion raised by members, and over 1.3 million clinicians using products produced under them. The building claims to be the largest commercial and design center in the world but is only a tiny cross-section of Chicago’s tech ecosystem, and still displays the diversity, density and desirability of the city.