A STATE OF INNOVATION

Playing in the Sandbox of Discovery

From reborn train depot to coding school, a high-tech renaissance is sweeping Indiana. 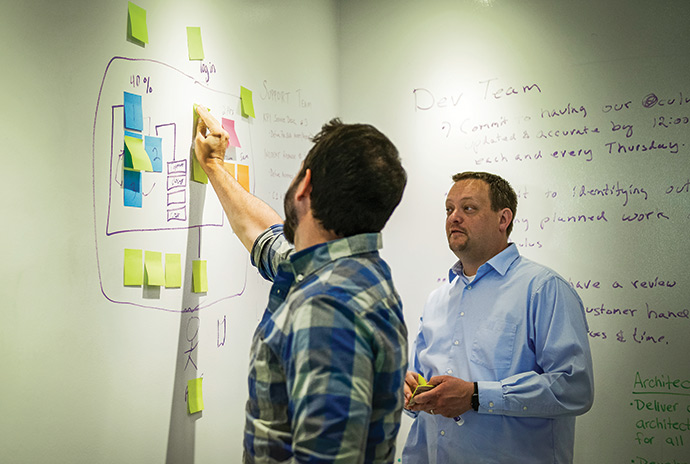 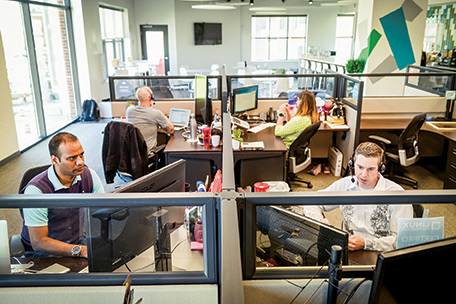 Alex Sejdinaj says he was like a lot of graduates after college. The degree in music he’d worked so hard for wasn’t earning him the kind of money he needed. He wasn’t sure what to do. Then a friend suggested he learn how to code computer programs.

Within a year of learning to code Sejdinaj found work in his hometown at the University of Notre Dame doing business intelligence with his newly learned computer programing skills.

“I just really wish I would have known this existed when I was in high school,” Sejidinaj said.

The South Bend Code School is a computer app incubator for teens and young adults. The courses teach entry-level web development. Students get the opportunity to present apps they make in the program to technology professionals at Google or Facebook at the end of the course.

Sejdinaj says even if students don’t become “rockstar developers” they at least leave the program with a greater understanding of how technology works — which puts them in a much better position in the job market.

In Fishers, Indiana, a suburb of Indianapolis, a new internet of things lab is scheduled to open during the summer. Which is auspicious timing considering the IoT is expected to become a $3 trillion industry by 2025, according to Machina Research.

The IoT Lab-Fishers is designed to bring the various sectors related to the technology inside the lab for collaboration and innovation. The lab will be located inside 25,562 sq. ft. in Fishers’ Certified Technology Park. Launch Fishers, Clear Object and Indiana University are founding partners of the project.

The initiative is being led by John Wechsler, founder and CEO of Launch Fishers, a 52,000-sq.-ft. co-working space for entrepreneurs.

Wechsler said the lab will be a “sandbox for discovery and development.”

“While this is the first IoT Lab in the state, our hope is that it is not the last. We have incredible universities, talent and entrepreneurs in Indiana. With these ingredients, the Indiana IoT Lab concept has the potential to unlock a new sector in Indiana.”

Bringing innovative initiatives like the IoT Lab-Fishers into being is one of Indiana’s goals. Governor Eric Holcomb’s Next Level Legislative Agenda intends to invest $1 billion in innovation and entrepreneurship over the next 10 years. This agenda aims to make the state a global leader in advanced technologies.

Another example of Indiana’s conducive technology environment involves Infosys, a consulting and technology company, which announced plans in May to hire 10,000 American workers in the next two years. Part of Infosys’ plan includes opening four new Technology and Innovation Hubs across the country. The first of those hubs will be built in Indiana, and is expected to generate 2,000 jobs by 2021.

Gov. Holcomb credited the company’s investment in Indiana to its thriving technology ecosystem, and talented workforce. “Their projected 2,000 new jobs will support the continued momentum of our tech industry, which has grown 28 percent since 2013, and help advance Hoosier innovation. Our strong state economy along with our world-class workforce being produced by our state’s leading higher education system means Infosys will immediately begin to contribute to our technology-based ecosystem where companies, employees and our communities continue to grow.”

In addition to fostering technology and innovation, the four hubs will also provide services to Infosys clients in financial services, manufacturing, health care, retail, energy and other sectors. Infosys says it will hire both experienced technology professionals and recent graduates and will also provide training programs related to several core technologies and computer sciences.

“Learning and education, along with cultivating top local and global talent, have always been the core of what Infosys brings to clients; it is what makes us a leader in times of great change … New advances in technology — artificial intelligence, in particular — are radically transforming our world, and it is within our reach to learn these new technologies and to be the innovators and entrepreneurs who bring solutions based on these technologies to our clients in all industries.” 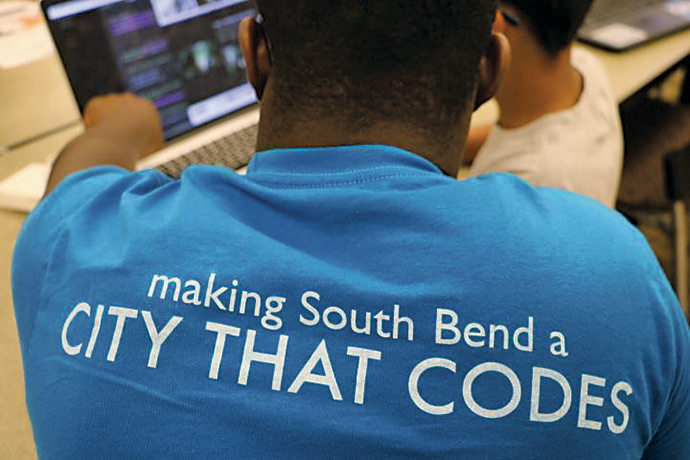 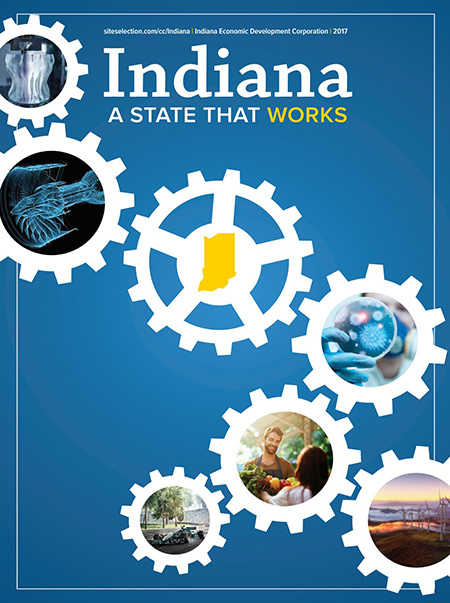