Making the Business Case for Iowa 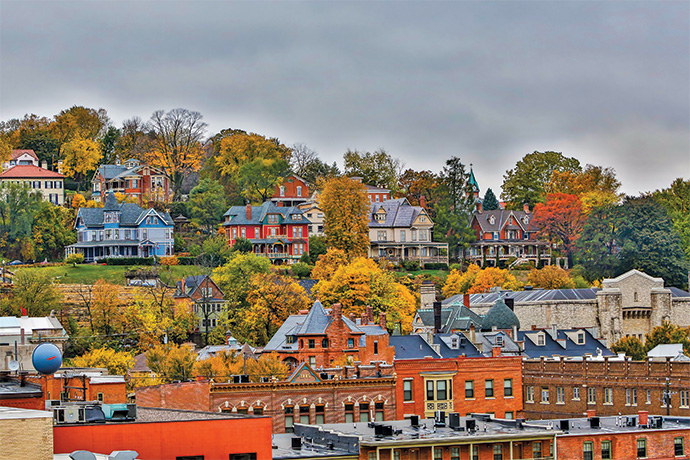 Most of what you need to know about Iowa’s rapidly improving business climate can be summed up in three performance measures: the Conway Data Inc. New Plant Database, POLICOM’s Economic Strength Rankings, and the Gallup-Healthways Well-Being Index.

The first is a performance metric that validates Iowa’s economic development strategy. The second is a leading indicator of where Iowa’s economic momentum is headed. And the third tells you how Iowans feel about themselves and where they live.

All three performance measures ought to be important to any corporate executive charged with the responsibility of choosing business facility locations for his or her company.

This means that, on a per capita basis, Iowa outslugged such notable manufacturing heavyweights as Alabama, Michigan, Georgia and Illinois. With 104 facility deals, Iowa ranked as one of the leading states in the central corridor of the country. It’s also home to two metropolitan areas, Sioux City and Dubuque, that tied for the top spot in total facility projects among all MSAs of less than 200,000 people.

These are significant performance numbers because they reflect the increasing tendency of primary industry employers to choose Iowa as a business location, and that in turn led to a remarkable performance by the state’s largest MSA — Des Moines — in the annual POLICOM ranking.

According to Dr. William Fruth, founder and operator of POLICOM, Des Moines ranks No. 1 among all 381 metro areas in the country in overall economic strength — a measure he derives by using over 25 sets of economic data, taking into account everything from total workforce earnings to welfare and Medicaid payments.

As Fruth says, “POLICOM addresses the condition of an economy from the viewpoint of its impact upon the standard of living of the people who live and work in an area.”

Gallup-Healthways speaks to those people regularly. In 2013, the index ranked Iowa 10th in the nation in overall well-being and showed that Iowa was the fifth-most-improved state since 2010. Based upon extensive interviews with thousands of citizens, the index measures life evaluation, emotional health, work environment, physical health, healthy behaviors and access to basic necessities.

If you’re an executive evaluating Iowa as a future business location, you might want to consider these rankings. They reveal a state that’s increasingly attracting corporate investment, providing the fundamental infrastructure for sustained economic growth, and making its citizens happy.