The sky’s the limit for Kansas’ aviation industry. 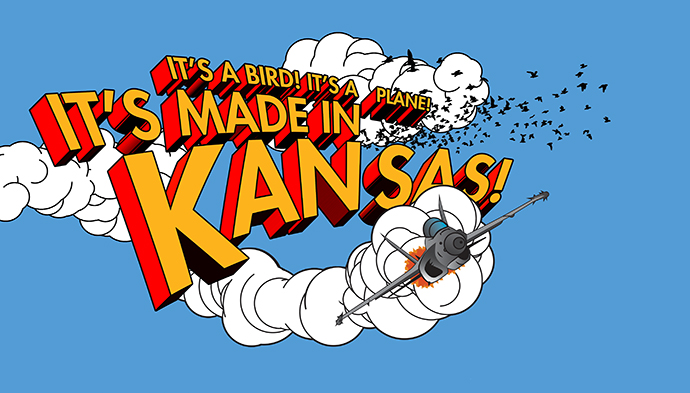 For quite some time now, thousands upon thousands of jobs have depended on aviation in Kansas.

Numbers from a 2010 Kansas Aviation Economic Impact study showed that roughly 67,000 jobs across the state are in the field of aviation; that’s not even counting all the businesses in the state and beyond which are dependent on local airports.

According to the Kansas Department of Transportation’s aviation division, the state has 138 public-use airports, which serve 6,813 pilots and 4,176 active general aviation aircraft.

Alliance for Aviation Across America — a nonprofit organization that aims to raise awareness about the value of general aviation and local airports — provides these numbers on its website, as well as more specific figures.

Of the roughly 67,000 jobs, local aviation airports support about 23,000 jobs; and, about 47,000 jobs depend on development, production and manufacture of aircraft and aviation components.

The industry has exploded in Kansas since its humble genesis — going way back to when the state’s first successful plane, the Longren Flyer took flight in Topeka in 1910.

There have been many more historical landmarks since, the majority of which have been chronicled and detailed by Wings over Kansas, an online resource for Kansas aeronautics and astronautics.

Air Capital of the World

About a year after the Longren flight, Clyde Cessna “began flying his own creations” in nearby Oklahoma, according to Wings over Kansas. Cessna had multiple crashes and injuries while learning to fly. He soon brought his family to Kansas, and in the following years, continued to build newer planes, improved his flying skills and offered flying lessons.

The discovery of oil during World War I in Butler County was also important to the industry. “Rich oil businessmen and entrepreneurs began to invest their wealth into flying as a way to meet these new transportation needs,” according to Wings over Kansas’ website.

Some of these men ended up forming the E.M. Laird Airplane Company in Wichita. On April 8, 1920, a Laird Swallow, the first commercially produced airplane in the country, made its flight over Wichita, Kansas.

Later, Cessna would become “the world’s leader in quantities of aircraft produced” by forming Cessna Aircraft Company, which led the city of Wichita to begin promoting itself as the “Air Capital of the World” around 1927. Today, Cessna supports about 5,400 jobs.

Today, Wichita, Kansas is still known as the Air Capital of the World and has five major aircraft manufacturers: Airbus, Bombardier/LearJet, Beechcraft, Cessna and Spirit.

The Wichita airport is the largest airport in the Sunflower State and the 94th largest in the US. The airport was ranked as the fourth Best Small Hub Airport in the US in 2016 by Phoenix Marketing Group.

During World War II, the state of Kansas would produce roughly a third of the U.S. B-25 Bombers and about half of the U.S. B-29 Bombers used by the military.

This kind of production continued throughout many of the U.S. wars, including the Boeing B-47 during the Cold War and the B-52 during the Vietnam War.

According to a June Wichita Eagle news report, Spirit Aerosystems, has been named one of seven subcontractors of the Air Force’s newest long-range stealth bomber, the B-21 Raider. The company announced the project will require additional personnel, but declined to say how many. Some 10,800 people are currently employed by the aircraft manufacturer.

With a history like this, it’s easy to see why the industry’s economic impact in the state is so significant.

According to the 2016 Kansas Aviation System Plan and Economic Impact Studies, a document on the Kansas Department of Transportation’s website, the industry has grown since previous economic studies.

A study by the FAA found aviation’s impact in Kansas to be $13 billion dollars, versus a previous $10.4 billion figure — a number determined by the Kansas Department of Transportation’s study in 2010 (which began shortly after the recession of 2008).

With numbers like these and such a rich history, it seems (forgive the obvious pun), the sky is the limit for this industry in the state of Kansas.