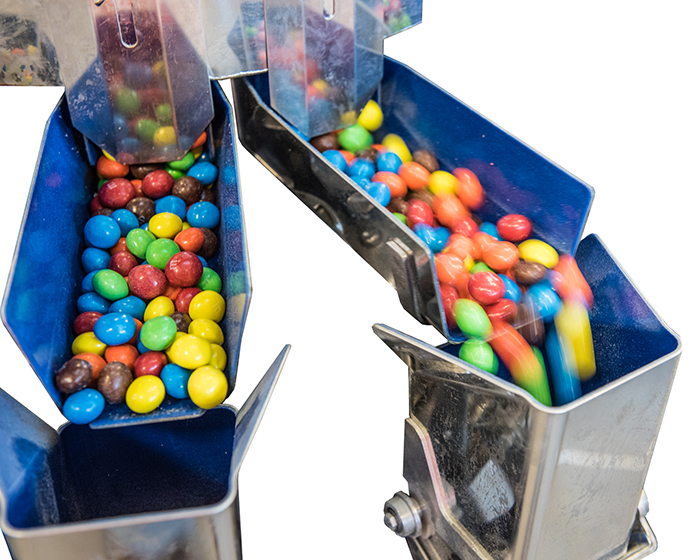 Mars Wrigley Confectionery has proven to be a sweet deal for Topeka.

In 2011, after an extensive site search that covered 13 states, the 100-year old confectionary company broke ground in the Kansas capital on a 350,000-sq.-ft. production facility, the first Mars Chocolate site built in the U.S. in 35 years. With $250 million dollars invested and 200 jobs created, it was a major boon for the town.

And that was just the beginning. The plant has since undergone a major expansion, received accolades for innovation, and has even inspired Topeka to launch a highly popular "Chocolate Fest," now in its third year.

In 2015, the year after opening to produce Snickers bars and M&Ms, the new plant was honored as Food Engineering's "Plant of Year," an award that recognizes the most innovative new food or beverage plant built in North America.

That same year the plant announced its first expansion, pegged at $100 million, with the associated creation of another 70 jobs.

"Since that time," says Bret Spangler, Topeka Site Director for Mars Wrigley Confectionery, "we have invested over $500 million, created over 400 associate jobs, and now produce millions of Snickers bars and M&M's candies for our U.S. market."

Last year, the Mars Topeka plant rolled out a brand new product, M&M's Caramel. It's the only plant that makes the candy, which has quickly built a sizable following.

"M&M's Caramel," says Spangler, "from an innovation standpoint, was the biggest investment the M&M's brand has ever made in a new product launch. It was also the biggest project launch in our history. We've seen an incredible response from our consumers telling us how much they love the product.

As a token of that pride, plant employees last year constructed a 200-sq.-ft. mural of the M&M's Caramel package made entirely out of M&M's.

"The Topeka workforce," says Spangler, "has proven to represent the same attributes we found within the community. Associates hired from the Topeka community are hardworking individuals who are committed to quality and taking responsibility to continually improve our products and processes.

"In addition," Spangler says, "the Topeka community continues to partner with us to develop our workforce and ensure they are fully prepared for the work environment. We are committed to attracting the best and most diverse manufacturing talent. We actively recruit candidates with STEM education and training who have technical backgrounds to innovate and advance our manufacturing capabilities. We partner with local high schools and universities to educate students about the manufacturing jobs of today."

In March, 2017, Mars announced the third major expansion of the plant. The company is investing $55 million to begin producing Twix candy bars and adding 60 full-time and 50 part-time jobs. The company says Twix will start being produced at the Topeka facility this year.

Now in its third year, Topeka's Kansas Chocolate Festival has become a staple of September, drawing thousands of visitors and vendors from as far away as Florida, according to Rosa Cavazos, Director of Events for the Greater Topeka Partnership.

"We figured," says Cavazos, "that since there is a chocolate factory here in Topeka that it made sense for us to have a chocolate festival. Mars is a great addition to our city and we appreciate their partnership."

The Chocolate Festival includes live music, 5k and 10k races, chocolatiers from multiple states, and even the MARS Nascar driven by Kyle Busch.

"Mars loves being in Topeka," says Spangler, "and we are excited to keep investing in the community, in the U.S. and in business." 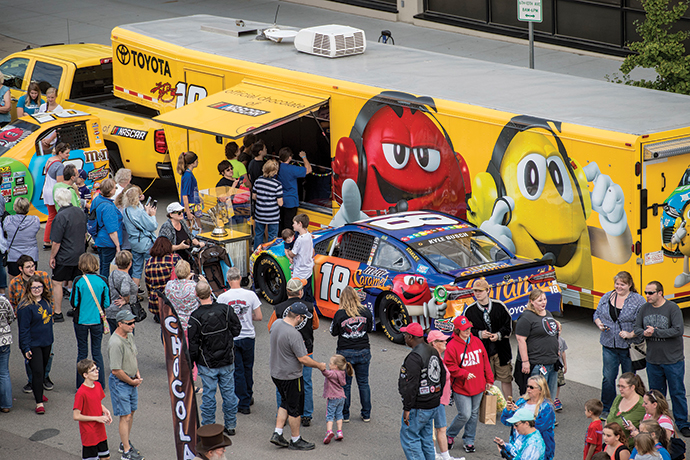 Across the state, several unique organizations offer educational opportunities for employees and foster a collaborative environment between the private sector and corporations for research and development.