Welcome to a New Way of Doing Business

An overhauled agency and a governor’s personal touch bring change to Kansas. 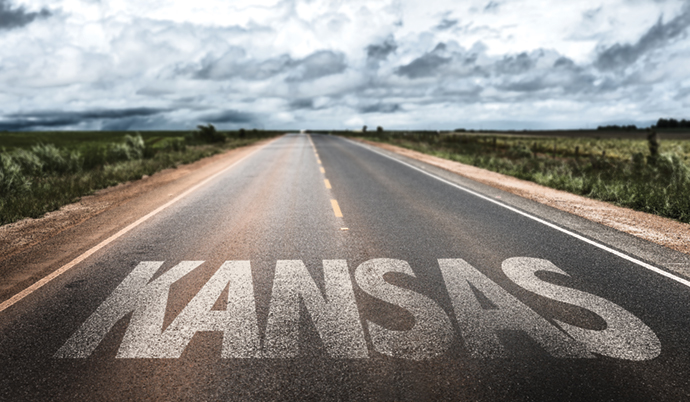 When Laura Kelly was sworn into office as the 48th governor of Kansas Jan. 14, 2019, she vowed to overhaul the state’s approach to economic development.

Two years later, it’s safe to say that her plan worked. By early November 2020, Kansas had amassed more than $2 billion in corporate facility expansion projects during calendar year 2020 — a significant jump from the $1.3 billion in capital investment in Kansas in all of 2019.

The fact that Kansas achieved this sharp increase during a global pandemic that wiped out tens of millions of American jobs and placed a virtual shutdown on business expansion for months made the rise even more remarkable.

Kansas Lieutenant Governor and Secretary of Commerce David Toland wrote about this turnaround in a recent op-ed for the Topeka Capital-Journal. “Facing the staggering and unprecedented toll of the virus, businesses worldwide raced to embrace a new normal — and Kansas was ready with strategic opportunities,” he said. “As a result, Gov. Laura Kelly has announced impressive Kansas-based growth plans from firms including Amazon, Merck and Co., Urban Outfitters, Schwan’s, Kubota, Bell Textron and others.”

Combined with other business expansion projects, Kansas has now landed approximately $3.5 billion in new capital investment since Kelly took office two years ago. More than 19,000 new jobs were created in the state because of these investments.

How did this happen? When she took office, Kelly said she planned to create the Kansas Framework for Growth in three phases: assessment and benchmarking recommendations, best practices and implementation planning.

“Economic development in Kansas needs to be modernized, and that means we need a new, thoughtful strategic plan to guide us forward,” she said.

Toland added to that: “Bold, innovative strategies would breathe new life into economic development efforts that help create a better place to live and work now and for future generations.”

The Kansas Department of Commerce would also build on its foundation of competitiveness in multiple industries, said Toland. These include manufacturing, bioscience, renewable energy, professional services, and agriculture and agricultural science.

The 86 project wins in 2020 were recorded even as the state continued to invest more resources into K-12 and higher education, transportation infrastructure, rural broadband connectivity and rural economic development. As of 2020, U.S. News & World Report ranked Kansas 15th in education; seventh in infrastructure; 16th in opportunity; and eighth in natural environment.

Education has always been Kansas’ calling card. Some 43% of Kansas adults hold a bachelor’s degree or higher, making the state a compelling draw for technical employers and other firms searching for highly skilled knowledge workers.

Kansas continues to feed the world too. Some $20 billion of its $160 billion annual GDP comes from the farm, as Kansas maintains leadership positions in wheat, beef and grain sorghum production.

Gov. Kelly made a difference in this progress by taking an active role in recruiting companies and meeting personally with CEOs. “Under her leadership, we’re offering the best place in the nation to do business,” said Toland.

From Wichita and Topeka to Dodge City, Hutchinson and every burg in between, this new way of doing business is paying off for Kansas.