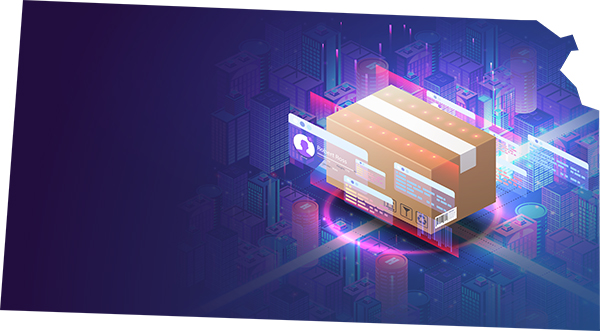 When companies are looking to right-shore operations, manage costs and bring balance to a tangled global supply chain, there’s no more central place than Kansas. But companies have known that for far longer than the most recent crunch.

Over the past three years, Site Selection magazine’s Conway Projects Database has tracked more than 40 new investments in logistics facilities in the Sunflower State. How important is the industry? Among other indicators, logistics and distribution employees in Kansas have been considered essential workers as federal CARES Act funding was distributed.

Walmart’s $200 million, 300-job fulfillment center is ramping up at Kanza Fire Commerce Park in Topeka. The company picked the site in 2019, two years after its corporate PR staff blogged about Topeka in showcasing the retail giant’s support of U.S. manufacturing at the Mars Wrigley plant in the state capital. The project was supported by $150 million in industrial revenue bonds approved by Shawnee County commissioners.

The facility is one of four Walmart DCs in the state (the others are in Ottawa, Edgerton and Kansas City, Kansas). Its 1.8-million-sq.-ft. footprint makes it the largest in the state. That’s even larger than the three facilities Amazon announced in 2020 in Park City, Wichita and Kansas City, Kansas (the e-commerce giant’s second facility in that municipality). Since 2010, Amazon has created more than 4,500 jobs in Kansas and invested more than $2.9 billion across the state, including infrastructure and compensation to employees.

Global companies with regional growth requirements are also finding Kansas solutions — or outgrowing the sites they located in the area years ago.

Beyond Warehousing, a 3PL subsidiary of NorthPoint Development located at Logistics Park Kansas City in Edgerton less than one mile from the BNSF intermodal facility, says one of its earliest customers is saving more than $175,000 annually on total supply chain costs thanks to taking advantage of the building’s location in its new transportation and warehousing plan.

In October 2021, Illinois-based medical supply manufacturer and distributor Medline announced a $77.5 million, 100-job investment in a new distribution center in Bonner Springs, where the company is also bringing 141 team members as it moves from a smaller facility in Kansas City, Missouri. The Kansas City Areas Development Council reports that 5.9% of the KC region’s workforce — some 63,983 workers — are employed in the transportation and warehouse industry, higher than the 4.7% employed in the sector nationally.

The Medline expansion at Commerce 70 Business Park (along I-70) is part of the company’s Healthcare Resiliency Initiative to increase supply-chain efficiencies and reliability, and speed delivery to customers at an essential time for those services to health-care providers. But the prescient HRI program was in place before the pandemic struck. During its first three years of (2018 to 2020), Medline invested $1.5 billion in new distribution centers, manufacturing capabilities, and IT upgrades, creating 8,500 new jobs at eight new distribution centers.

“Our state-of-the-art, medical-grade distribution center will allow us to deliver critical healthcare supplies to the entire continuum of healthcare, quicker, more efficiently, and to a broader territory, while creating quality new jobs and opportunity in Wyandotte County,” said Medline President of Global Operations Bill Abington. The company employs more than 27,000 worldwide, with a fleet of more than 1,200 trucks and business in more than 125 countries.

“Kansas is the perfect place to put down roots that reach the world, and we’re so excited to see Medline ready to do just that while putting more Kansans to work,” Lieutenant Governor and Commerce Secretary David Toland said. 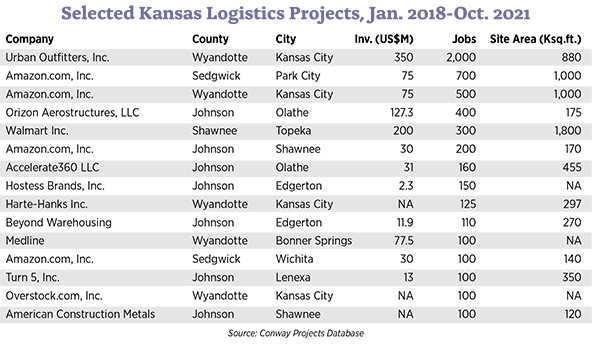