The Numbers Add Up In Kansas

In key state rankings and cost of living, the Sunflower State shines brightest. 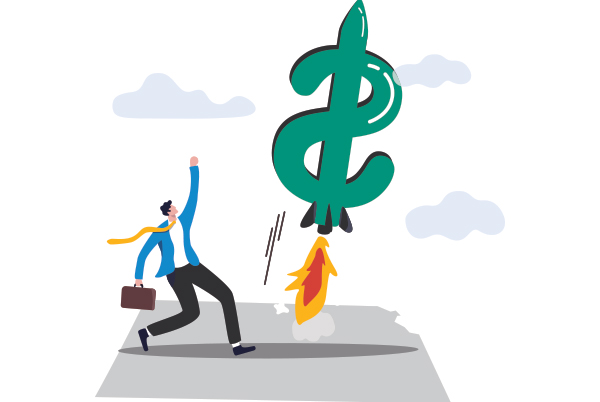 When Charter Communications announced Nov. 18 that it would open a new $18.9 million customer retention center in Overland Park and create 510 new full-time jobs by the end of the year, the move confirmed what many site selectors already knew.

After posting record capital investment of nearly $2.75 billion in economic development projects in 2020, Kansas followed that up with another solid performance in 2021 with $3.5 billion in investments. Gov. Laura Kelly announced in Devember that since she took office in January 2019, more than $7.5 billion has been invested in the state and over 40,000 new jobs have been created or retained. 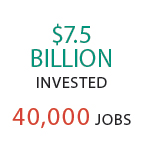 Since Gov. Laura Kelly took office in January 2019, more than $7.5 billion has been invested in the state and over 40,000 new jobs have been created or retained.
Source: Kansas Department of Commerce

“This announcement means more jobs, more money in Kansans’ pockets, and a stronger economy for all of us,” Kelly said. “Since day one, my administration has been laser-focused on building an economy where families and businesses want to call home.

Surpassing the $7 billion mark in new business dollars invested in our state is proof that our efforts are working — and we’re not slowing down anytime soon. We’ll continue to invest in our schools, roads and bridges, high-speed internet, and our essential services to keep Kansas open for business.”

Charter Communications cited the investment Kansas had made into developing its workforce as one of the reasons behind the expansion. “A diverse and talented workforce in Overland Park and surrounding areas, combined with our strong partnerships with the State of Kansas and the Overland Park Chamber of Commerce, made expansion here an obvious choice,” said David Lampman, group vice president of retention at Charter.

Projects like these began landing in Kansas after the Kelly administration adopted and then implemented its Framework for Growth economic development agenda. According to Lt. Gov. and Commerce Secretary David Toland, this agenda includes four pillars:

rebuilding the business recruitment team at the Department of Commerce; expanding the international footprint of DOC; res-establishing a Community Development Division; and ramping up the state’s workforce development efforts.

after making these changes, said Toland, “Kansas is back on the road to growth.”

In 2021, the Kelly Administration has successfully closed 312 economic development projects representing more than $3.69 billion in investments made by the private sector. More than 12,000 jobs have also been created or retained this calendar year.

This sudden wave of capital investment is being noticed by the media as well. Site Selection magazine recently named Kansas the top business climate in the West North Central region of the country, and Area Development magazine awarded Kansas its Gold Shovel Award for 2021.

Other recent accolades for the Sunflower State include the following:

“A diverse and talented workforce in Overland Park and surrounding areas, combined with our strong partnerships with the State of Kansas and the Overland Park Chamber of Commerce, made expansion here an obvious choice.”
­— David Lampman, Group Vice President of Retention, Charter Communications

Site selectors point to factors like Kansas being a right-to-work state and ranking well below the national average with a union membership rate of just 8.7%. Company executives like the fact that Kansas has no inventory or franchise tax.

In workforce talent, Kansas stands out even more. Some 91% of adults in Kansas have a high school degree, and 34% have a bachelor’s degree. More than 40% of adults 25 and over in Kansas have at least an associate degree. In several key markets, such as Johnson County in the Kansas City metro area, more than half of all adults possess a college diploma.

Workers also like the fact that Kansas boasts a median housing cost of just $151,900 and an average daily commute time that is the sixth shortest in the country.