From the Kentucky Economic Development Guide 2015

Kentucky Shooting for the Stars 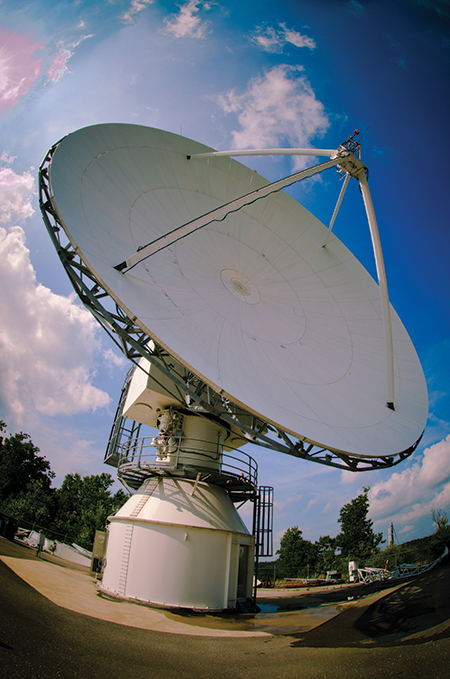 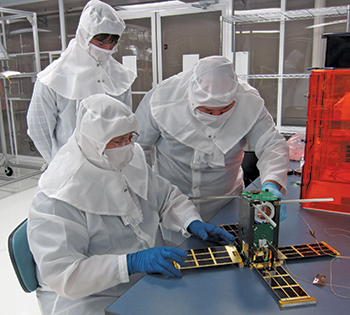 Several members of that team work at Morehead State University in Kentucky.

Finding missing comets isn’t the only work taking place in Kentucky’s aerospace sector. Statewide, aerospace exports topped $7.6 billion in 2014, ranking Kentucky behind only Washington and California among all US states. And that mark was up from $5.6 billion one year earlier.

Today, aerospace products and parts account for more than 20 percent of total state exports, pumping billions of dollars into Kentucky’s economy and providing thousands of jobs.

Nearly two dozen aerospace parts manufacturers and suppliers have expanded in Kentucky since 2012. Messier-Bugatti, a global leader in aircraft landing and braking systems, opened a $50-million expansion in Walton.

At Morehead State University in Morehead, the final frontier of space is beckoning new waves of research and development.

Dr. Benjamin K. Malphrus, chair of the Department of Earth and Space Sciences at the Space Science Center at MSU, has witnessed the transformation of Kentucky firsthand since coming to MSU a quarter century ago to start an astrophysics research lab.

“When I first came here, we were using ground-based radio telescopes,” says Malphrus. “We started building satellites. We now build all the subsystems in house and provide all the mission operations.”

MSU, in fact, has become a world leader in developing and building the new generation of micro and nano-satellites. Some of them can be as small as a cola can.

MSU exploded onto the worldwide map seven years ago when Dennis Wingo, a NASA contractor on the West Coast, decided to go looking for the missing Interplanetary Comet Explorer, or ICE. The ICE Reboot Team, which included a team of space research scientists at MSU, worked with a large ground station in Germany in an attempt to bring the missing probe back to life.

“It takes a really big dish to make contact with a satellite that far out in space,” says Malphrus. “It was 36 million kilometers out when we first heard from it on the 21-meter dish at Morehead. That probe was launched in 1978 and it was out of touch for over a decade. We found it again in 2008.”

Malphrus says MSU has only scratched the surface of what’s possible. “Small satellite technology is really taking off,” he adds. “There is a broad range of applications — sensing, tracking, data exfiltration, etc. SkyBox was just bought by Google for $500 million. In an era of contracting budgets, smaller is better. Small satellites can enhance the capabilities of large satellites. It is a new paradigm for space exploration, and we are thrilled to be a part of it.”

Up next for MSU is a NASA mission that will send small “cube sats” to study the dark side of the moon in a search for water. “The new Saturn V launch rocket will take a trip around the moon in 2018 to test the Orion capsule. It will take some small cube sats to study the moon’s surface,” he says.

Malphrus adds that the Space Science Center “has some pretty big plans for the next five to seven years. We want to support the spinoff and establishment of small businesses that are space related. We are interested in promoting economic development in the space sector.”

One of the ways MSU will do that is through a new business incubator — the Innovation Launchpad — on Main Street in downtown Morehead.

Johnathan Gay, executive director of the local Kentucky Innovation Network Office, says the incubator “will be a very easy walk from the building at our campus. We really wanted a place on Main Street that focuses on growing aerospace businesses.”

Having a presence off campus was a major goal of the Space Science Center, says Gay. “You really need that storefront in town to be visible and to be more effective.”

An important voice in that incubator will be that of Bob Twiggs, professor of astronautics at MSU. After spending 12 years in the aerospace department at Stanford University in California, he now teaches both undergraduate and graduate courses in space systems engineering at MSU.

“The building and infrastructure here — including the $3.5-million, 21-meter radio antenna, make this one of the premier space research facilities in the world,” says Twiggs. “Some of the smaller aerospace companies don’t even have facilities like this. And word is starting to get out. The freshmen class this year is the best one we have ever had. We are now getting the top students from both in state and out of state.”

Twiggs adds that “we are working on a second space science satellite that we will probably launch next year. We have contracts and proposals with the NASA Jet Propulsion Lab. I am actually doing some work right now with a group from Kennedy Space Center and a doctor who does stem cell research.”

Twiggs adds that “aerospace is the largest export business in Kentucky. It is very diversified. We are training students who are equipped to work in this industry.”

“We have a pipeline of talent that starts in our high schools,” Smith says. “We have the emerging industries in unmanned aerial systems. These big aerospace companies are already here — GE Aviation, Airbus, Lockheed Martin, Raytheon and others. When you combine this with our myriad research capabilities around the state, the implications are widespread. These are huge assets that attract other businesses to Kentucky.”

“There is an aerospace ecosystem in Kentucky that has really emerged in the last couple of years,” Smith adds.

Other schools are playing a key role in this training as well. Eastern Kentucky University in Richmond offers a comprehensive aviation program. Embry-Riddle Aeronautical University in Louisville offers both undergraduate and advanced degree programs in aerospace and aviation education.

At Western Kentucky University, researchers will begin conducting experiments on the International Space Station in partnership with the University of Louisville and the NASA Glenn Research Center.

WKU Prof. Louis Strolger contributed to a Nobel Prize winning team that helped confirm the discovery of dark energy in the universe.

“The essence of what I see in Kentucky is a very complex aerospace ecosystem,” adds Smith. “The difference is that people in Kentucky understand how to take this complicated research and make it work in the real world. That’s what makes Kentucky successful.”