A successful facility expansion marks the beginning of Kentucky’s strategy to help companies thrive, not the end. 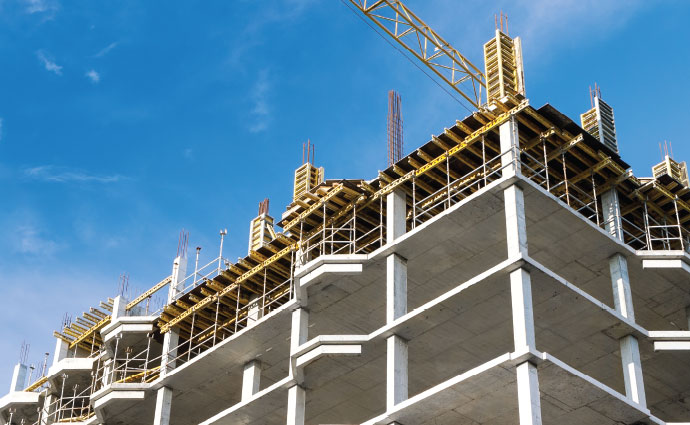 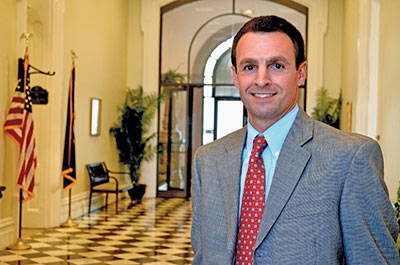 It’s not interstate access. That doesn’t rank among the attributes of Taylor County, where Campbellsville holds the county seat.

Nor is it a metro-size population. The county, with fewer than 25,000 people, sits an hour and a half from Louisville, Kentucky’s largest city.

Rather, what keeps automotive parts manufacturer INFAC in growth mode relates to tangible advantages — building availability and proximity to its customers, including General Motors and Chrysler to the north and Hyundai and Kia to the south — and the important intangible advantage of dedication and determination from state and local economic developers to make the company succeed in Kentucky.

“Locations on the I-65 or I-75 corridors may have larger populations, but the cost of living is higher, and land and buildings cost more,” says Brian Bland, INFAC’s general manager, who has guided the company’s growth since it was formed as the US subsidiary of South Korea’s INFAC in 2008.

“Campbellsville was the right opportunity, with expansion potential, buildings and availability of human resources. It was that combination of factors that resulted in our moving to this location.”

Bland says the maker of control cables, horns and other components has expanded four times in the past eight years.

“We went from warehouse and distribution of Chrysler and GM cables in 2008 to light assembly for Hyundai and Kia in 2010. In 2013, we moved into a new, 117,000-square-foot building on a 20-acre site. We can expand this building two more times on the property, provided the business keeps flourishing and we continue to acquire market share.”

INFAC North America employs about 90 and plans to add another dozen in the coming months, Bland says. Workforce assistance from the state ranks as just one aspect of the Commonwealth’s support for growing businesses like his, he noted.

“Conversations with existing companies now are about helping them find people, especially skilled people. We include them in the process of developing programs and curricula that feed the pipeline of future workers.”
— Erik Dunnigan, Acting Secretary

According to Bland, the state has been very forthcoming with the variety of options available to help a company offset its startup costs and lower its cost of doing business. While these encourage growth and stability, the personal relationships foster continued growth. “The state has been very helpful, coming here and taking the time to explain to us the pros and cons and do’s and don’ts,” Bland explained. That, he says, helps create trust long term.

After working 10 years as an economic development specialist for the Kentucky Cabinet for Economic Development, Ron McMahan landed in Campbellsville. As executive director and CEO of Team Taylor County, he leads the area’s economic development agency and is Bland’s go-to guy, given McMahan’s extensive knowledge of state and local resources for new and expanding companies.

“Ron helps not only with state incentives, but with city and county programs as well,” says Bland. “We were offered a tax abatement from the city and county at the time we were expanding in parallel with what the state was doing. After state approval, then the local government stepped up and sweetened the deal.”

Workforce development represents a vital part of Kentucky’s aftercare efforts, but relationships remain the foundation of all the Commonwealth’s resources for existing businesses, says Erik Dunnigan, acting secretary of the Kentucky Cabinet for Economic Development.

“Regardless of location or incentive package or the business environment, if you don’t have a relationship with that company, if that company can’t trust you, the likelihood of that company reinvesting in your state or community is not high,” Dunnigan says. “So we focus on that as a core part of our business. Our project managers are in place with specific territories in which to build relationships with companies. When we recruit a new business to Kentucky, our first priority is to make sure they trust Kentucky and the people they will be working with and are comfortable with how they will be moving forward.”

State incentives legislation passed in 2009 created programs specifically to encourage companies to locate or expand in Kentucky, create jobs and, in the case of existing businesses, reinvest in equipment and facilities.

“We would work with those companies to help them recover the expenses incurred in reinvesting in equipment. We take a lot of pride in maintaining and building relationships at all levels so companies know we are a partner in the process, and that is paying off for us.”

In 2014, about 70 percent of new capital investment in the Commonwealth came from existing companies. That grew to more than 90 percent in 2015, Dunnigan pointed out.

“Conversations with existing companies now are about helping them find people, especially skilled people. We include them in the process of developing programs and curricula that feed the pipeline of future workers,” he says.

Programs such as KY FAME, the Kentucky Federation for Advanced Manufacturing Education, resulted from conversations with expanding companies including Toyota, Bosch, Ford, General Electric and many others, Dunnigan says.

“We don’t just look at whether or not things are going okay,” Dunnigan says. “We strive to build policy from those conversations, and that improves the business environment for our existing companies.”