Kentucky Spirits Offer the World A Taste of the Bluegrass 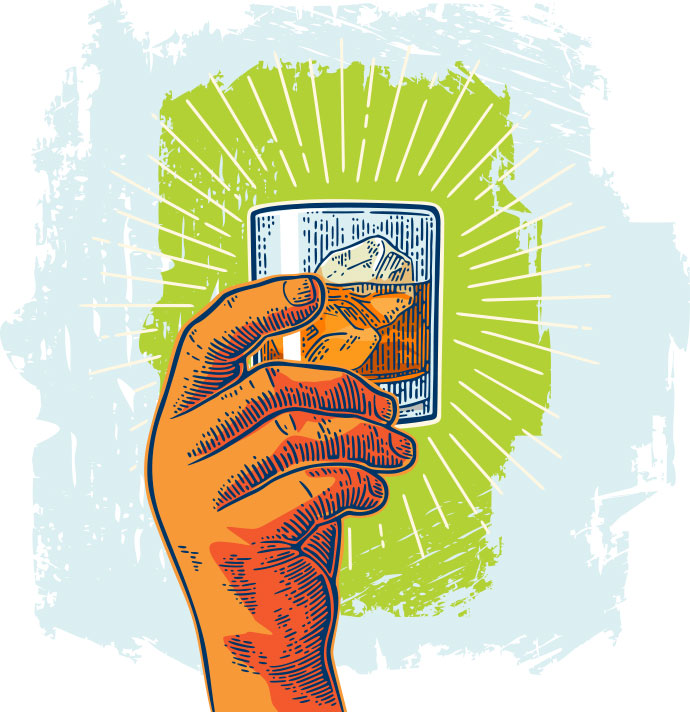 America’s only native spirit was born from a unique combination of Kentucky’s naturally pristine limestone water and fertile cornfields. Aged in charred oak barrels, bourbon offers the world a taste of the Bluegrass State.

Over the last decade, bourbon’s popularity has increased dramatically, leading to several significant expansions among the state’s many bourbon barons — including, Jim Beam, Evan Williams and Maker’s Mark to name a few. In 2019, Kentucky officially earned its title as the nation’s leading whiskey exporter.

“We are immensely proud of our signature bourbon industry, and thanks to its national and global appeal Kentucky’s exports of whiskey hit an all-time high of $485 million last year,” said Gov. Andy Beshear when the report was released in early 2020. “Our bourbon is now a multibillion-dollar signature industry, which helps support our families with more than 20,000 jobs, with an annual payroll topping $1 billion.”

The bourbon boom has also significantly bolstered the state’s tourism industry. According to the Kentucky Distillers’ Association, in 2019, the popular Kentucky Bourbon Trail attracted 1.3 million visits to the state’s distilleries. The Kentucky Distillers’ Association also notes that visitors to the Kentucky Bourbon Trail spend on average between $400 and $1,200 during their trip — pouring money into local communities across the state.

The trend continued in 2020, with Kentucky distilleries announcing 21 new or expanding facilities, representing more than $313.5 million and a commitment to creating 250 full-time jobs. While the state’s longtime global distilleries have continued to grow and invest, many smaller operations have sprung up around the state.

Since Buffalo Trace Distillery first opened in Frankfort in 1775, the company has managed to survive and thrive through no small number of business trials, including Prohibition, the Great Depression, World Wars I and II, and now through a global pandemic. Earlier this year, the company maintained its progress toward increasing supply and played a part in the state’s pandemic response.

The company is currently in the midst of a $1.2 billion infrastructure investment that began in 2016. Last year, the company installed four new cookers, four new fermenters, opened a new high-speed-bottling hall, and completed construction on three new barrel warehouses. Though leaders at the 247-year-old National Historic Landmark distillery said they expect it will be a few more years before their supply catches up with consumer demand, its $50 million high-speed bottling hall was completed just in time. After coming online in late 2019, the company’s 100,000-square-foot bottling hall was also used to package hand sanitizer in response to COVID-19. The hand sanitizer is being produced for some of the world’s largest organizations in sectors including health care, government, military, retail, airline, pharmacy and others.

“As a fifth-generation Kentuckian, our family has deep ties to the bourbon industry through various bloodlines. This project brings us great excitement to have our new distillery joining the iconic Kentucky bourbon industry.”
— Lee Wilburn, Clermont Distilling’s founder

The historic distiller resumed giving tours to visitors over the summer, allowing guests to see the expanded visitor center at Buffalo Trace, which backs up to a recently completed fermenter expansion and includes additional tasting rooms and more retail space. The expanded visitor center triples the former space’s size to accommodate for the ever-increasing interest in bourbon tourism, which accounted for nearly 300,000 visitors to Buffalo Trace in 2019.

“Although we’ve been increasing production on all of our bourbons for the past several years, the consumer demand also continues to increase,” said Kris Comstock, senior marketing director, in a company release.

In February 2021, Louisville-based Brown-Forman Corp. announced it will double the capacity of its Shively distillery through a $96 million renovation. The operation, formerly known as the Early Times distillery, produces bourbon for the company’s Old Forester, Coopers’ Craft and Woodford Reserve brands.

In September 2020, Clermont Distilling Co. announced plans to construct a new distillery and create 22 high-paying jobs in Bullitt County as part of a $13.4 million investment with the potential for significant future expansion and additional job creation.

The company said it expects to begin construction on the distillery in spring 2021. Phase I of the project includes building a traditionally designed, energy-efficient distillery off Interstate Highway 65 at the Clermont/Bardstown exit. The distillery’s operations will span 15 acres alongside Kentucky Highway 245 leading to Bardstown. In total, the company plans to develop 55 acres at the site.

Plans for the distillery include a tasting room, a gift shop, a rick house to store 24,000 bourbon barrels and a grain house. The operations also are expected to have a 36-inch continuous still, which will provide flexibility to increase production to as much as 50,000 barrels a year.

“As a fifth-generation Kentuckian, our family has deep ties to the bourbon industry through various bloodlines. This project brings us great excitement to have our new distillery joining the iconic Kentucky bourbon industry,” said Lee Wilburn, Clermont Distilling’s founder. “The land chosen for Clermont Distillery had been held by the same family for over 90 years and became available for purchase at the most perfect time.”

The performance-based agreement can provide up to $800,000 in tax incentives based on the company’s investment and wage and job creation targets. The company indicated it would pay an average hourly wage of $56, including benefits across the 22 new hires.

Additionally, KEDFA approved the company for up to $200,000 in tax incentives through the Kentucky Enterprise Initiative Act (KEIA). KEIA allows approved companies to recoup Kentucky sales and use tax on construction costs, building fixtures, equipment used in research and development and electronic processing. Additional resources including job-placement services, recruitment, customized training and job training incentives are also available through the Kentucky Skills Network.