Kentucky’s Distribution and Logistics Industry Slated to Take Off 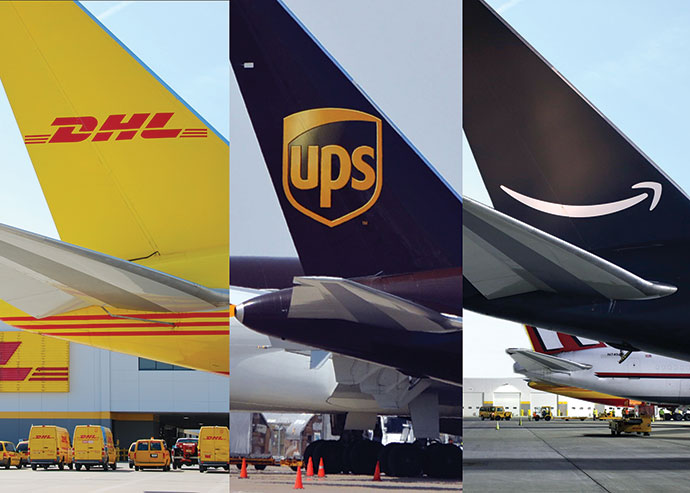 After a year rife with disruption and unprecedented challenges, America’s businesses are gearing up for a rebound. But one industry never slowed down, and Kentucky is uniquely poised to capitalize on its continued rise.

The industry, distribution and logistics, stepped up in a major way amid the pandemic, as online ordering and home delivery grew even more essential. The Bluegrass State, in the most literal sense, sits at the center of those efforts.

E-commerce helped drive the industry’s growth across the past two decades, as online shopping became an integral part of modern life. While e-commerce comprised less than 1% of all retail sales in 2000, that number climbed to more than 11% by 2019.

That steady rise took a sharp upturn in 2020, as more consumers relied on online ordering out of necessity. In the third quarter, e-commerce accounted for over 14% of retail sales, and the figure topped 16% earlier in the year.

While 2020 undoubtedly was a year of anomalies, e-commerce shows no signs of slowing down — and Kentucky, with its ideal geographic location and formidable logistics landscape, is poised to leap ahead.

With more than 540 distribution and logistics facilities employing about 75,000 people full-time, Kentucky already stands tall in this ever-growing industry. In fact, the sector announced 1,671 new, full-time Kentuckian jobs throughout 2020, more than any other industry group.

But as reliance on overnight shipping increases and the role for the industry overall expands, Kentucky is positioned to establish itself as the premier destination for distributors and logistics companies, while also appealing to manufacturers looking to onshore in the near future.

Dollar General Corp., for example, unveiled plans in August to open two new distribution centers that are expected to employ more than 360 people in Kentucky.

The retailer’s plans include adding a warehouse in the Northern Kentucky city of Walton, plus a DG Fresh cold storage facility in South Central Kentucky’s Bowling Green. In total, the expansions stand to create more than 365 jobs and support operations at more than 2,300 stores.

Another growing company — one with Kentucky roots — involves the rising importance of supply chain analytics, which is spurring the business to create high-wage opportunities for Kentuckians all while helping to combat the spread of COVID-19.

Throughout the pandemic, HANDLE has provided clarity and guidance to health care systems, government agencies and businesses across the country through supply chain analytics.

“I’ve said many times in the fight against COVID-19, we are in this together, and few companies embody that spirit of togetherness like HANDLE Global,” Kentucky Gov. Andy Beshear said. “This Kentucky-based company is doing its part to combat the virus by working closely with health care providers and other organizations to meet drastically rising demand for supply chain analytics. In addition, its new expansion will provide new jobs, high wages and help HANDLE Global continue to lead by example during a challenging time.”

Company executives plan to double HANDLE’s employment by the end of 2021 at its Norton Commons headquarters.

Kentucky’s support of tech startups in part aided the company in its early success. HANDLE received assistance in its first years through KY Innovation — the commonwealth’s office for entrepreneurial and small business support — with investments from the Kentucky Enterprise Fund, managed by the Kentucky Science and Technology Corp., and also Commonwealth Seed Capital.

“The combination of Kentucky’s ideal location, its robust infrastructure and its premier logistics capabilities gives businesses here an edge in quickly reaching customers throughout the country and around the globe.”
— Jeff Taylor, business development commissioner at the Kentucky Cabinet for Economic Development

While the state lends strong support to startups, it also is a great home for retail giants such as Amazon. In November, the company announced its plans for a 500-job fulfillment center in Lexington, Kentucky. The facility — the second of its kind in Lexington — will add to the company’s significant impact in the state. Since 1999, when Amazon first set its roots in Kentucky, the company has invested more than $8 billion and created roughly 13,000 full-time jobs for Kentuckians.

Amazon operates more than a dozen fulfillment centers throughout the central part of the state, and Kentucky has more Amazon employees than any other state aside from the company’s home state of Washington.

In total, Kentucky’s distribution and logistics industry saw more than $313 million of planned investment announced in 2020, plus the aforementioned ongoing creation of 1,671 jobs.

Kentucky’s role as a major national player in the distribution and logistics industry stems from its ideal geographic location, as its borders lie within a day’s drive of more than two-thirds of the nation’s population, personal income and manufacturing operations. This advantageous placement provides unparalleled distribution benefits for Kentucky’s businesses.

“The combination of Kentucky’s ideal location, its robust infrastructure and its premier logistics capabilities gives businesses here an edge in quickly reaching customers throughout the country and around the globe,” said Jeff Taylor, business development commissioner at the Kentucky Cabinet for Economic Development. “These same traits that have made Kentucky a logistics leader also position our state for continued growth in the years ahead.”

Kentucky’s centrality, plus UPS, DHL and Amazon Air shipping hubs, help the state rank No. 2 in the U.S. for air cargo by volume — and it’s on track to soon reach the No. 1 spot.

Leading up to the pandemic, these giants continued making transformative investments in Kentucky. These include Amazon’s announcement of its air hub in January 2017 – an investment of nearly $1.5 billion expected to create 2,700 full-time jobs at the Cincinnati/Northern Kentucky International Airport in Hebron – and UPS’s September 2019 announcement of its $750 million investment in support of its Worldport air cargo hub and Centennial Ground hub in Louisville, a development promising 1,000 new full-time jobs.

With shipping demand now at an all-time high, these companies are more essential than ever. Throughout the pandemic, they have not only supplied the world with the products people need to get by, but also kept the economy afloat during an economically turbulent time.

Kentucky is also home to hundreds of small and mid-size logistics companies that are naturally nimble and responsive to market and demand shifts. Given the state’s strengths, plus the foreseeable post-pandemic changes in both consumer behavior and how businesses operate, the industry in Kentucky is well-positioned for success.