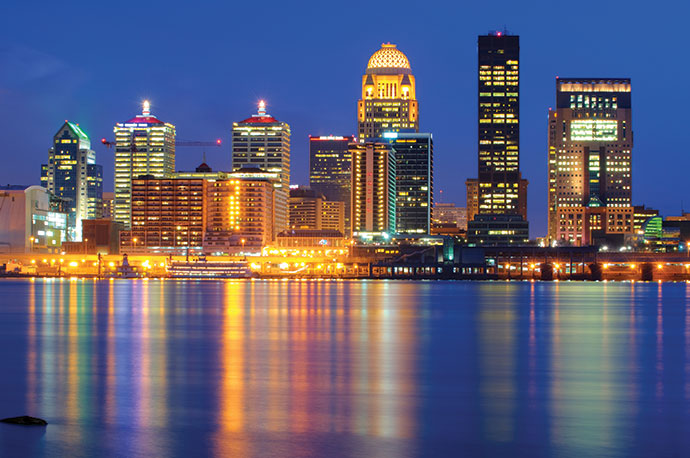 A global pandemic may have ground international travel to a halt for long stretches of 2020, but one thing it did not abate was foreign direct investment in Kentucky.

Internationally owned companies last year announced 41 projects totaling over $580 million in planned investment and creating 1,505 planned new jobs. Companies from 13 nations were responsible for these investments, with firms from Asia and Europe taking the lead.

Japan once again was the clear leader in FDI in 2020, as Japanese-owned firms announced 16 projects totaling $190.4 million in capital investment and generating 476 new jobs. Since the start of 2014, companies based in Japan have announced 203 investment projects in Kentucky, totaling $5.64 billion in investment and 7,871 new jobs.

That wave of investment continued into 2021, as Japanese-owned Hitachi announced a significant expansion in the automotive manufacturing sector in Berea. On Jan. 14, Hitachi Automotive Electric Motor Systems America Inc. announced plans to establish a 200-job operation in Berea to make motors for electric vehicles. The operation currently employs about 20 workers and is expected to grow to 200 by 2023.

Brandon Mattingly of the Kentucky Cabinet for Economic Development says Kentucky reaped an array of FDI in 2020 across multiple sectors. GE Appliances, owned by a Chinese company, announced a $52 million expansion that adds 250 jobs in Louisville; Tokyo Carbon GE will produce graphite electrodes for the steel sector in Western Kentucky next to the Mississippi River; and Danieli is creating 53 jobs in Ashland as they refurbish a former AK Steel mill.

“There is also Nova Steel, a Canadian company, that is creating 100 jobs at a steel mill in Bowling Green,” said Mattingly. “Canada is a prime source of FDI.”

Indeed, Canadian firms announced four projects in Kentucky in 2020, totaling $90 million in investment and creating 221 jobs in the commonwealth.

Since the beginning of 2014, companies from 30 nations have announced a total of 480 investment projects in Kentucky. Cumulatively, these foreign investors have brought more than $12 billion in investment capital to the commonwealth.

In addition to the usual sources of FDI — places like Japan, China, Germany and Canada — Kentucky has garnered large investments from firms in places like Luxembourg, Bermuda, New Zealand, South Africa and Thailand.

“Henkel is a German company that announced a $70 million investment in Bowling Green,” said Mattingly. “Our logistics prowess is a big factor in global companies locating here.”

“Japan, China, Germany and Canada are the big four investors in Kentucky right now,” said Mattingly, “but once we get on the other side of the pandemic, we expect to see a lot more investment from other countries as well.”

“We have international offices in Tokyo and Hamburg, and we have seen our relationship with Japan blossom over the decades,” noted Mattingly. The presence of a major Toyota Motor Manufacturing assembly plant in Georgetown is a huge driver, he added.

“The automotive industry is moving toward electric vehicles, and that will continue to grow our relationship with Japan,” he said. “We’re absolutely well-positioned to land additional electric-vehicle-related companies. Kentucky has been a leader in the automotive sector for a long time, and we want to be where the future of the industry is going.”