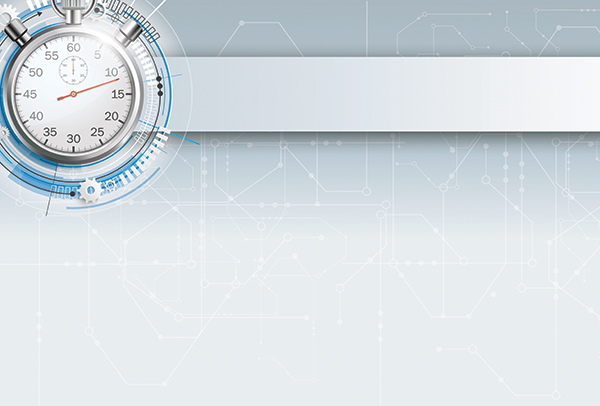 by BRANDON MATTINGLY
A

s leaders in Kentucky work to accommodate record-breaking economic growth, speed-to-market has become more critical than ever for companies in expansion mode. For decision makers at businesses considering a new location, states capable of streamlining the selection process stand to gain a significant leg up on the competition.

Kentucky is matching companies’ sense of urgency and expediting project timelines in a way many other states cannot, an advantage that is effecting profound change through increased investment and job creation.

Speed-to-market not only provides a benefit to growing companies, but it’s also a catalyst for creating well-paying jobs, a core tenet of Kentucky Gov. Andy Beshear’s mission.

“During a time when people around the world are seeking healing and new opportunity, it’s more critical than ever we connect people with sustainable, high-quality careers,” Gov. Beshear said. “In Kentucky, we have the capability to bring companies to market quickly, which serves the dual purpose of saving them time while creating much-needed jobs for our people. We’ve been laying important groundwork in Kentucky throughout the past year, and we stand ready to sprint into our post-pandemic future.”

One example of the state’s speedy services resulting in new opportunity comes from Chapin International, North America’s largest producer of blow-molded compressed-air sprayers for the lawn and sanitation markets. Kentucky’s highly skilled workforce and ideal geographic location caught the attention of Chapin’s leaders in September 2020, when the Batavia, New York-based company was seeking the ideal location for its new warehousing and manufacturing operation.

With the company looking to begin operations before the end of the year, Kentucky’s swiftness to bring the project from start to finish sealed the deal, as Chapin landed in Southeastern Kentucky’s Mount Vernon community, creating 100 full-time jobs.

“I’ve never worked with anyplace that moved as quickly as the State of Kentucky and Rockcastle County,” said Chapin CEO Jim Campbell. “They brought everyone together in one meeting, and so we could do the deal in one day. They were very open about the facility and what was there and what they would do for us.”

That began a partnership that has spurred rapid growth, as the company in August 2021 announced plans to expand the recently opened Mount Vernon facility and establish a second Kentucky operation in Danville, creating 200 additional job opportunities across the two projects.

Aiding its expedited approval process is Kentucky’s unified approach between state and local officials, utility providers and higher-education institutions, which work seamlessly together to quickly resolve needs, including permitting. In this instance, Kentucky had all the environmental aspects of the transaction in place, which allowed operations to begin quickly.

This approach stands to benefit a host of different industries that thrive in Kentucky, including advanced manufacturing, automotive, distribution and logistics, health care and food, beverage and agritech.

Looking ahead, the state is paving the way for future speedy development through its Build-Ready Sites program, which aims to help companies get to market faster by eliminating the grunt work of selecting a site.

Nearly 20 Build-Ready certified tracts are located throughout the commonwealth, including a recently announced site in the Richmond Industrial Park South III in Madison County. The site has a 174,500-square-foot building pad on 21.5 acres, zoned for industrial use, and includes access to water, sewer, natural gas, electric and high-speed internet.

The newly unveiled tract is among the most recent in a growing list of locations throughout the state that provide prospective companies with a head start on construction. This saves employers time and money as they look to move from the project stage to production as quickly as possible.

The state’s Build-Ready program is evidence of Kentucky’s continued focus on preparing the way for future development. Such initiatives are especially important given the significant economic activity of the past year, said Business Development commissioner Jeff Taylor with the Kentucky Cabinet for Economic Development.

“We have seen that businesses are ready to hit the ground running,” Taylor said. “With that in mind, we are constantly working to make selecting Kentucky faster and more cost-effective for companies. Not only does that speed help businesses avoid unnecessary delays they might experience in other states, but it in turn leads to new opportunity that will improve Kentuckians’ lives.”

Complementing Kentucky’s speed-to-market advantages are a host of other business-friendly elements, including the ideal geographic location to serve customers throughout the Midwest and Eastern U.S. Additionally, Kentucky’s three air cargo hubs — UPS Worldport, DHL and Amazon — place the state among the national leaders in air-cargo shipment volume. This strong presence by the world’s most prestigious logistics companies ensures products manufactured in Kentucky reach customers, and fast.

Equally advantageous for manufacturers is Kentucky’s nationally low industrial electricity rates, which are the lowest east of the Mississippi River and rank among the lowest in the U.S.

The Bluegrass State’s efforts have set the foundation for continued growth for years to come. Kentucky’s commitment to bring companies to market quickly, create high-wage opportunities and improve infrastructure throughout the state are paying dividends, and the state is well positioned to build a brighter future that starts today.