Records Made to Be Broken

In Innovation Valley, setting new benchmarks of economic performance is a way of life. 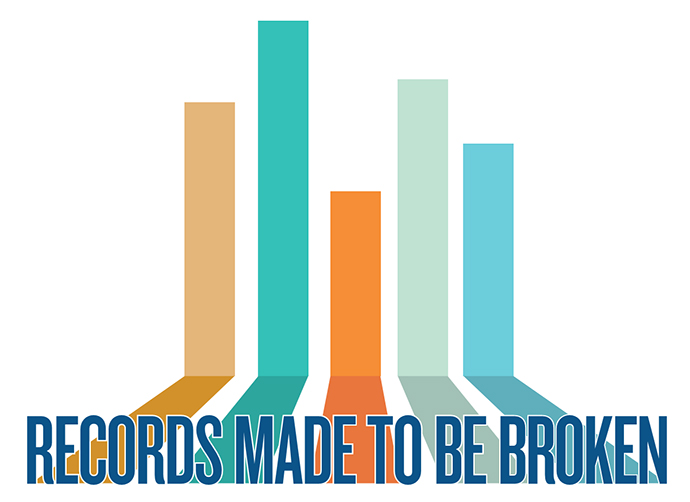 When you’ve just recorded your best year ever for economic development, what do you do for an encore? If you’re the Knoxville-Oak Ridge Innovation Valley region, you surpass it.

In calendar year 2015-2016, Innovation Valley put together its strongest performance in history, registering a record-setting $1.54 billion in capital investment, 4,150 new jobs and a wage increase of 2.8 percent.

In each of these three benchmarks, the region hit a new high while topping its goals by a significant amount.

“This was a record year for Innovation Valley by virtually every measure,” says Rhonda Rice, executive vice president of the Knoxville Chamber. “In terms of jobs and capital investment and average wages, we set new all-time highs. It was a banner year.”

A host of factors contributed to this record-shattering performance, but at the top of the list was business climate. According to a Feb. 1 report by Paychex/IHS Small Business Jobs Index, Tennessee was the No. 1 state for small business employment growth.

Thumbtack also rated Knoxville as the No. 5 Best City for Small Business.

Built on a Climate of Trust

“The trust factor is a big reason why companies continue to move and expand here,” says Rice. “Our partners collaborate on major economic development projects. The state, TVA, the utility district, the Knoxville Chamber and the Innovation Valley Partners have a long history of working together to help businesses grow and thrive in this region.”

The proof is in the performance. Consider some of the big wins in recent months: Magnum Venus Products announced on Dec. 15, 2016, it will create 70 new jobs with a $12-million expansion in Knox County. HTS International Corporation announced Oct. 20 it would locate its global headquarters and manufacturing operations in Knox County, creating 200 jobs and adding $21.4 million in capital investment, and LeMond Composites announced Sept. 6 it would invest $125 million and create 242 jobs in Oak Ridge.

In many cases, entrepreneur-led companies, like LeMond, are gravitating to a region that not only welcomes innovation, but pushes and supports it.

“With resources like the University of Tennessee Research Foundation, Knoxville Entrepreneur Center, Propel Mentor/Protegé Program, Startup Week, Innov865, Oak Ridge National Laboratory and other local entities, there is not a better place in the country to launch and grow a new business,” says Doug Lawyer, vice president of economic development for the Knoxville Chamber. “KEC opened four years ago as a hub in the downtown area, and it has already become a regular producer of successful startups.”

Indeed, the startup culture is alive and well in Innovation Valley, as the success of noteworthy firms such as Local Motors and AMS Corporation in Knoxville attest.

Punching Above Its Weight Class

Entrepreneurs are a big reason why the Knoxville area consistently outperforms much larger metro areas. Though it has about 900,000 people, the Knoxville area shows greater job growth (4.1 percent from July 2015 to July 2016) than Orlando, Memphis, Birmingham, Roanoke, Chattanooga and Greenville.

And its three-year performance numbers are staggering. From July 2013 to July 2016, Innovation Valley registered 11,078 new jobs and $2.48 billion in capital investment. Overall in the region, a wage increase of 5.7 percent was recorded across the board.

That equates to an extra $2,500 in the pocket of every worker in the region.

Building a better life for the people of East Tennessee is the number one goal of the Knoxville Chamber and the Innovation Valley regional partnership.

Judged by their merits, it’s safe to say that these organizations are not only accomplishing their stated goal; they’re easily surpassing it. 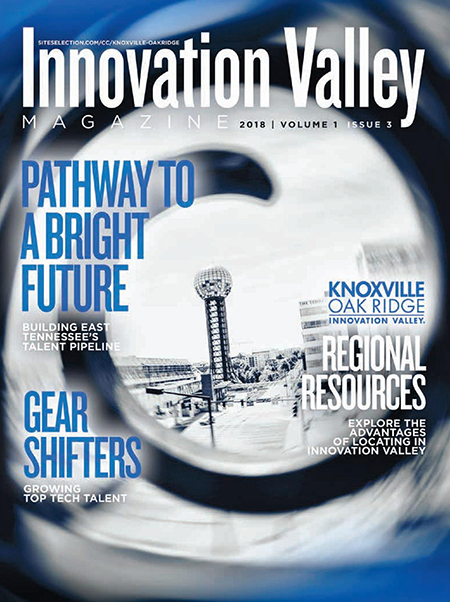