Mississippi’s Craft Beer Industry is Set to Take Off. 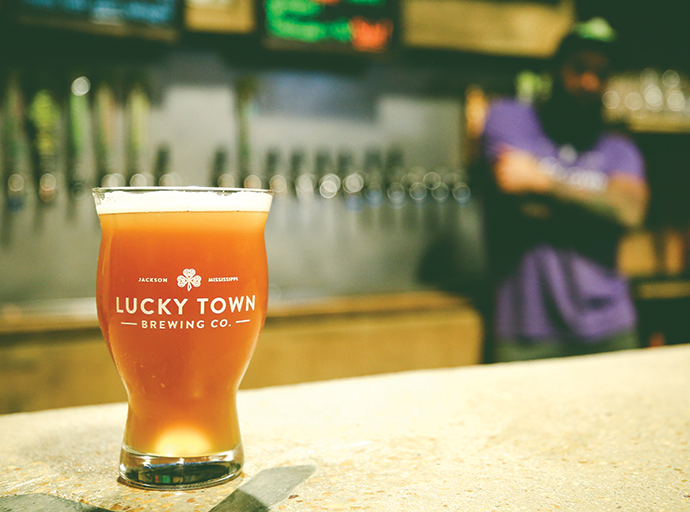 The craft beer movement in America has fostered so many new brewers that in parts of the country there are rumblings about a craft beer bubble. That’s not the case in Mississippi, where the craft brewing industry has reason and room to grow.

“Everybody’s starting to put out more product,” says Emily Curry, manager of Southern Prohibition Brewing in Hattiesburg. “Plus, I see people being much more interested in getting involved, that’s for sure.”

When Curry says that 2017 was a very good year, she speaks for pretty much every brewer in Mississippi. March 1st witnessed the repeal of a Mississippi law that had prohibited on-site craft beer sales, thus making Mississippi the 49th state to open itself to the world of brewpubs.

“It’s been huge,” says Curry. “We’ve been a production brewery since 2013 and having that new source of revenue has been an absolutely incredible thing for us.”

For potential craft brewers, Mississippi is thus a wide-open field. Matthew McLaughlin, an attorney who led the charge to get the beer law changed and finally met with success after winning the backing of the Mississippi Manufacturers Association, suggests that now’s the time to get in.

“In Jackson, which is the largest metropolitan area in the state. We only have one brick and mortar brewery,” says McLaughlin referring to Lucky Town Brewing Co. “Which defies logic in my mind. I think Jackson could support five to 10 itself, easily. We’re looking at serious growth.”

McLaughlin believes the Mississippi Gulf Coast is primed to grow the industry, too.

Craft breweries have a penchant for helping to stir things up when they move in.