Millennials return to plant roots, grow in the Magnolia State. 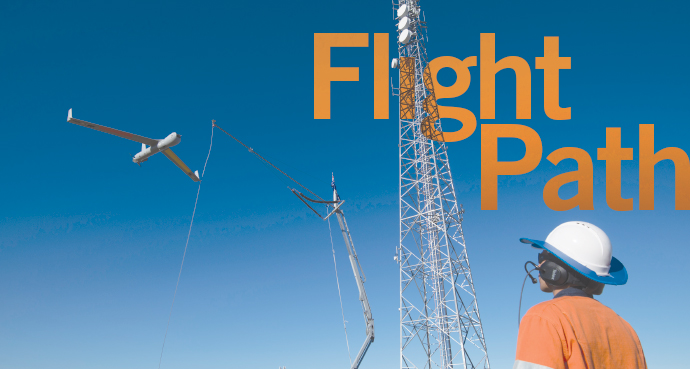 It’s not everywhere you can find space to fly next door to young talent ready to soar.

Among the R&D investments tracked in Mississippi by Site Selection’s Conway Projects Database over the past five years are a $20-million maritime-oriented project in Pascagoula from Northrop Grumman (which also does aerospace work in the state in Moss Point). The state’s reputation for waterborne and airborne research and development is founded on manufacturing strengths around such infrastructure assets as its ports, Stennis Space Center.

The other infrastructure asset feeding into R&D is the state’s network of higher learning institutions, led by the University of Mississippi in Oxford and Mississippi State University in Starkville. One of the most recent R&D investments — a 23-job facility from Washington-based Boeing’s unmanned aerial vehicle subsidiary Insitu — just held its grand opening in Starkville in October 2017.

A big reason the project went to Starkville? The Federal Aviation Administration in May 2015 chose to locate the Center of Excellence for Unmanned Aircraft Systems there. The Alliance for System Safety of UAS through Research Excellence (ASSURE) leads the center. The Alliance includes top UAS universities from three countries and more than 100 government and industry partners. Insitu leaders also noted the rare confluence of experimental airspace located in proximity to a hub of young talent and research programs.

“We are investing time, talent and resources in Mississippi to develop industry-leading technology that can safely operate in the National Airspace System,” said Insitu President and CEO Ryan M. Hartman, noting that his team believes “there are many opportunities in Mississippi” and the collaboration with the school and the Mississippi Development Authority in finding the perfect landing pad. “Leveraging our collective experiences as research institutions and industry leaders is vital to the successful and safe integration of UAS into the national airspace.”

MSU already was a known entity to Boeing, which in June 2015 chose the school’s Raspet Flight Research Laboratory (part of the Bagley College of Engineering) for the company’s Stitched Resin Infused Composite Research Center. The university also hosts the National Strategic Planning and Analysis Research Center (NSPARC); a Cray supercomputer, Shadow, that is one of the 20 fastest academic supercomputers in the nation; and the Center for Advanced Vehicular Systems (CAVS), which along with the CAVS Extension in Canton has generated over $6 billion in economic impact since it was created 15 years ago to support Mississippi’s growing automotive industry.

Insitu is situated at the Ralph E. Powe Center for Innovative Technology in the Thad Cochran Research, Technology and Economic Development Park on campus. The company, which also has offices in the UK and Australia, creates and supports unmanned systems and software technology. Insitu’s new facility will support engineering, software development and customer-support services, and will tap into MSU’s talent pool for its internship program. In addition, Insitu will provide access to its training program, which is based on rigorous FAA and military testing standards, and participate in curriculum development, steering committees and academic mentorship, providing guidance for capstone design problems, coaching and evaluation.

“Mississippi State is committed to working with business and industry to bring high-tech jobs to our state that benefit not only our graduates, but enhance economic opportunity for every Mississippian,” said Mississippi State University Vice President for Research and Economic Development David Shaw. “Our partnerships with Insitu and other leading aerospace companies illustrate the transformative power of university-led research and development.”

“Mississippi continues to make significant strides in the aerospace industry, from helicopters and jet fighters for our nation’s military to unmanned aircraft systems,” said Governor Phil Bryant. “Insitu further strengthens Mississippi’s position as a leader in the industry and paves the way for continued innovative research and growth in this innovative field.”