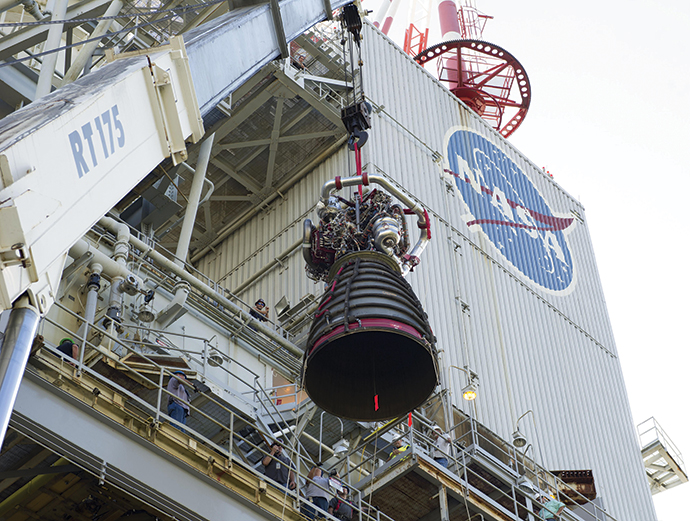 It didn’t take long for solid rocket fuel innovator Adranos, Inc. to determine that it liked Mississippi. Developer of a high-performance propellant for long-range missile and space launch systems, the Indiana-based company planted its flag in Stone County, not far north of Mississippi’s Gulf Coast, in September 2020. Adranos took over a 640-acre, seven-building complex one filled by General Dyanmics.

“The opportunity afforded us by Stone County and the Mississippi Development Authority is truly extraordinary,” said Adranos CEO Chris Stoker. “The facility and local employment base will enable us to advance our high-performance rocket fuel and grow our company for many years to come. We are grateful for the continued support of Stone County and the state of Mississippi.”

Adranos, on its own speedy timeline, is reading from the playbook established by other aerospace companies that have landed in Mississippi and then expanded, often multiple times. Since opening in 1998, Northrop Grumman’s aerospace structures manufacturing plant in Iuka has produced 542 large composite structures supporting 128 launches of the United Launch Alliance, a Boeing-Lockheed Martin joint venture. The plant also makes parts for ULA’s Atlas V and Delta IV launch vehicles.

In 2020, the defense giant announced an $8.3 million expansion of the plant, which is adding 40 new jobs to the site’s previous workforce of more than 200 employees.

“This expansion signifies the commitment Northrop Grumman has to the employees, community, and state of Mississippi to continue bringing high-quality manufacturing work into the area,” said John Kain, the facility’s operations director.

In January 2021, NASA launched a series of tests of the RS-25 engines that will power the agency’s Space Launch Systems at the Stennis Space Center near Bay St. Louis. Named for the Mississippi Democrat, John C. Stennis who served 41 years in the U.S. Senate, the Stennis Center is NASA’s largest rocket engine test facility, with more than 30 private companies and public institutions using SSC as their rocket test facility.

“The facility and local employment base will enable us to advance our high-performance rocket fuel and grow our company for many years to come.”
— Adranos CEO Chris Stoker

NASA is building SLS as the world’s most powerful rocket. Initial SLS missions will fly to the Moon as part of NASA’S Artemis program, including the Artemis I uncrewed test flight this year that will pave the way for future flights with astronauts to explore the lunar surface and prepare for missions to Mars. RS-25 tests at Stennis are conducted by a combined team of NASA, Aerojet Rocketdyne and Syncom Space Services operators. Syncom Space Services is the prime contractor for Stennis facilities and operations.

The INFINITY Science Center is a non-profit museum that hosts the NASA visitor center at the Stennis facility in Hancock County. The themes of the center’s interactive exhibits include Mississippi Natural History, NASA, space, planets, stars, weather, Earth science, space travel and exploration. Displays include the Apollo 4 command module, a full-sized International Space Station module and a cutaway model of the Orion spacecraft.

Mississippi offers aerospace specific incentives. These include the Aerospace Initiative Incentive Program that provides aerospace companies a 10-year state income tax exemption, a 10-year franchise tax exemption and an exemption from sales and use taxes for facility startup. The Advantage Jobs Program offers a rebate of a percentage of Mississippi payroll tax to qualified aerospace manufacturers for up 10 years, as well. For its expansion in Iuka, Northrop Grumman received a $600,000 grant from the Mississippi Development Authority to construct a warehouse and make additional infrastructure improvements.

Northrop Grumman isn’t the only aerospace company to take advantage of Mississippi’s industry-specific incentives, low operating costs and proximity to global markets via several commercial airports and deep-water ports on the Gulf of Mexico. Raytheon, Lockheed Martin, Rolls-Royce, Eaton, Airbus Helicopters and Aerojet Rocketdyne are among the state’s growing cluster of aerospace companies.

Some cluster in the southern part of the state, near the Stennis Space Center. Some are in central Mississippi, including L-3 Communications Vertex Aerospace in Madison, Raytheon in Forest and Eaton Aerospace in Jackson.

In northern Mississippi, Columbus is home to Aurora Flight Sciences and Airbus Helicopters and Shannon is home to General Dynamics. Mississippi State University in Starkville is home to the FAA Unmanned Aerial Systems (UAS) Center of Excellence.

The Alliance for System Safety of UAS through Research Excellence, or ASSURE, leads Mississippi State’s Center of Excellence for UAS, so designated by the FAA. The ASSURE team is comprised of top UAS universities and more than 100 government and industry partners.