Beyond the Black Belt 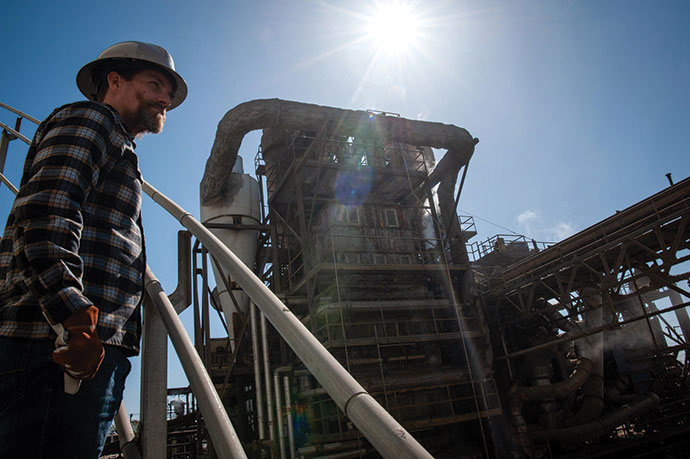 “Agriculture is in my blood,” says Express Grain Terminals President John Coleman (below), whose terminals and soybean processing plant in the Mississippi Delta continue to grow alongside the crops they service.
Photos courtesy of EGT
by ADAM BRUNS 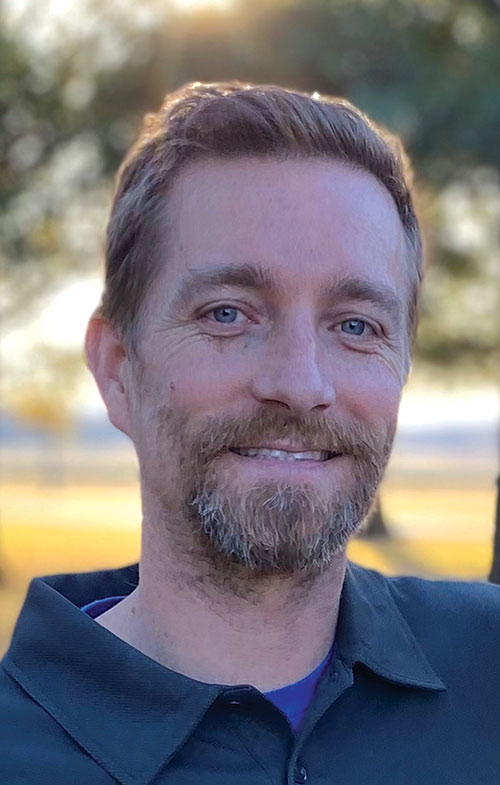 Commodities produced by Mississippi’s 34,700 farms each year contribute $7 billion to the state’s economy. Getting them to market is crucial to ensuring that value is maintained.

Enter Express Grain Terminals, which originates grain from producers at three locations in the heart of the Mississippi Delta: Sidon, Minter and Greenwood in central Mississippi. The company ships by truck and rail from its 110-car unit train loader at Sidon to markets in Mississippi and Alabama, and to exporters at the Gulf. The company also processes soybeans at its plant in Greenwood, from which some of the oil is further processed to biodiesel on site or sold to animal feed producers or other biodiesel plants. The soybean meal and hulls find their way into animal feed that goes to area poultry, catfish, swine, and cattle feed mills and producers.

John Coleman, the 43-year-old president of Express Grain Terminals, grew up in the region, and after a stint putting his electrical engineering and software design skills to work elsewhere, he came back home. Spurred by the increase in soybean and corn acreage in the area brought on by renewable fuel incentives and a drought in the Midwest, he started planning a grain elevator in 2007, building on a thick network of farmer customers to jump-start a facility that has since expanded over the years. Farmers previously had to move crops 280 miles by rail and truck for export. Now the products are sourced and sold domestically within 100 miles.

“We knew this area needed more grain infrastructure,” Coleman says. That need only increased around 2013 after Bunge shut down the region’s last soybean processing facility. As it happened, a former cottonseed processing plant in Greenwood built around 1900 and used by a succession of companies came up for sale. “We ended up buying that, retooling it for soybeans, and started up in 2016,” Coleman says, and his company rehired the 50 folks who had lost their cottonseed plant jobs. “We’ve been doing that ever since, and we are trying to grow the capacity of the plant now,” he says of the state’s only soybean processing plant.

In an April 2021 update, Coleman wrote, “Even before the short soybean stocks that have occurred this year, we have been investing in our crush plant to try to satisfy both the Mississippi meal demand from catfish and poultry markets and the soybean oil demand due to the continued growth of renewable fuels.” The plan calls for doubling capacity to 2 million bushels per month, and then double again to 4 million bushels per month in five to 10 years. “This would be about where we would saturate the meal market in Mississippi, but this assumes no growth in livestock feed,” he wrote. “We just want more farmers and more livestock to come around.”

Meanwhile, growth in biodiesel sales and other renewable fuel plants are increasing demand for soybean oil. “The new demand is being driven by low carbon fuel incentives (LCFS credits) primarily from the West Coast — California, Oregon, and British Columbia,” Coleman wrote in his spring update. “These states are pulling biofuels from the entire U.S. and their appetite is large. There are several other states like Washington that are considering LCFS as well. Currently, we are seeing a build-out of new renewable fuel plants that will be online within a year to satisfy the LCFS demand. I have spoken to representatives from two projects who want our soybean oil. At our current capacity, we would not be able to supply what they want. But, with the planned capacity increases we will be able to take care of them.”

The Express Grain team has used New Markets Tax Credit transactions along the way to first buy and retool the cottonseed plant, then to build the biodiesel plant, and, in 2020, to expand capacity. The company also has benefited from Mississippi Development Authority support in building and upgrading roads into the plant site and securing property tax abatements through the state’s Advantage Jobs incentive, which provides for a 90% rebate of Mississippi payroll taxes to qualified employers for a period of up to 10 years, provided the employer pays an average annual wage of 110% of the average annual county or state wage, whichever is less, and creates 25 new, full-time jobs.

Today the growing Express Grain operations employ around 180 across the three sites. The company also supports the work taking place at hundreds of farms in the region, each of which employs anywhere from three to 10 workers, Coleman estimates. Many of those farmers would likely echo his sentiment: “Agriculture is in my blood,” he says.

Among other projects in the agribusiness space:

Nufarm Americas, the U.S. arm of the Australia-based crop protection and seed treatment company, in fall 2019 held the grand opening for its new $20 million herbicide manufacturing plant in Greenville, broadening the company’s footprint beyond its Chicago-area operations. “This is a facility where we can work more closely with our distribution partners to service the needs of farmers.”said Nufarm CEO Greg Hunt.

Enviva operates wood pellet plants in Amory and Lucedale, Mississippi, and a port facility at the Port of Pascagoula, part of an estimated 4,200 jobs and nearly $3 billion in annual economic impact the company aims to create across the U.S. Southeast. The company supports nearly 550 jobs across Mississippi and has invested $300 million in the state. Those numbers may grow soon, as a new plant is constructed in Lucedale, another is moving toward development in Bond (near the Port of Pascagoula), and a Pascagoula terminal expansion is expected to be complete in 2021 that will take throughput capacity to more than 3 million metric tons per year.

“We are extremely excited and fortunate to work with the city of Greenville, Washington County and the Mississippi Development Authority. Our commitment is in creating a consistent job base that allows the employees to grow and excel in all facets of their careers,” said Westport Linen CEO and Founding Member Eddie Lefeaux. “Our investment in technology and the latest equipment will ensure that we are here for the long term. Our clients will soon see that reliability and dependability with our products and services.”

MDA is providing assistance for workforce training. Westport Linen also qualifies for the Growth and Prosperity Program, which designates specific counties as GAP counties and provides income, franchise, sales and property tax incentives to companies that locate or expand in these areas of Mississippi. The program is designed to encourage development in economically challenged areas of the state.