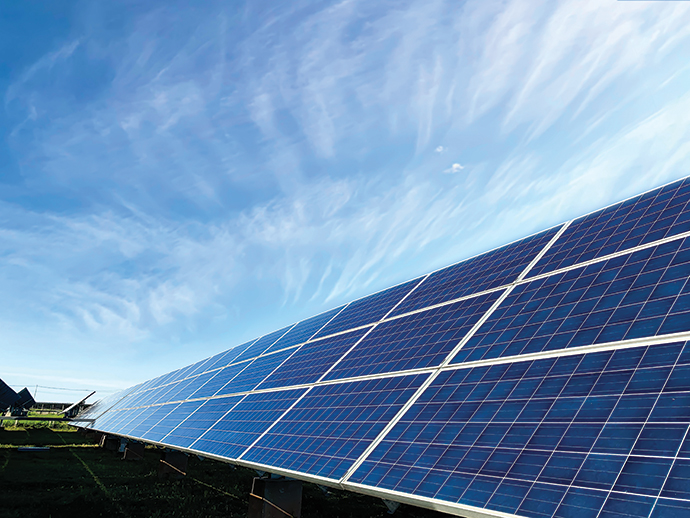 With utilities, developers, investors, customers and state officials in Jackson all plugged in, Mississippi is in the midst of a solar energy surge. Mississippi Power, the state’s largest utility, has four solar projects in the works and touts the clean and renewable energy source as a stable and cost-effective generator of electricity.

“As Mississippi’s largest partner in renewable energy,” the company said in statement, “we’re proud to support the state’s economy and solar growth.”

In the spring of 2021 alone, new solar projects that either broke ground or were announced in Mississippi promise to more than double the state’s production of solar electricity.

On April 22, Canadian Solar announced that its subsidiary, Recurrent Energy, had broken ground on the 100 MW Sunflower Solar Project on 1,000 acres in Sunflower County in the Mississippi Delta.

in the U.S.. Ownership of the plant will transfer to Entergy Mississippi when it reaches commercial operation in early 2022.

The Sunflower project is expected to employ approximately 400 workers at peak construction, with 75% of those construction jobs expected to be filled by local skilled tradespeople from the area. Once operational, the project will power more than 16,000 homes with low-cost, clean electricity, equivalent to displacing approximately 170,000 metric tons of CO2 per year or taking about 37,000 passenger vehicles off the road.

The Mississippi Clean Energy Initiative Incentives Program provides tax incentives to companies that manufacture systems or components used to generate clean, renewable or alternative energy, which includes nuclear, solar and wind power and hydrogenation. The program provides qualifying companies with a 10-year exemption from state income and franchise taxes, as well as a sales and use tax exemption to establish a plant or expand an existing production facility.

To qualify, businesses must commit to invest a minimum of $50 million and create 250 full-time jobs. Eligible businesses must be certified by the Mississippi Development Authority (MDA) to take advantage of these incentives.

“The Sunflower Solar project is another important milestone in Entergy Corporation’s continued transformation of its power generation portfolio, meeting customers’ needs with clean, efficient sources of electricity while maintaining some of the lowest retail rates in the country,” said Haley Fisackerly, Entergy Mississippi president and CEO.

“Entergy’s investments in its generation portfolio transformation have resulted in substantial reductions in the company’s greenhouse gas emissions and provided significant savings to customers from lower fuel costs,” Fisackerly said. “Along with being able to offer renewable energy to our customers once this project is complete, we’re pleased with the positive economic impact it will have on Sunflower County and the Mississippi Delta.”

When Recurrent broke ground, its Sunflower solar project could have been counted as Mississippi’s biggest. But that held for less than a week because, in a fitting sign of solar power’s rapid growth, a project twice the size was announced just five days later when the Tennessee Valley Authority tapped Origis Energy to develop a 200 MW solar farm in Clay County, in Mississippi’s Golden Triangle. Origis will develop, build own and operate the plant, which is to include 50 MW of battery storage.

The Clay County installation is one of three being built in the Golden Triangle by Florida-based Origis under contract with TVA. The three projects, representing a total capital investment of $500 million, are to generate a combined 550 megawatts of energy along with another 300 megawatts in battery storage.

A 150-MW facility in the Triangle’s Lowndes County is to provide power to two Facebook data centers in the Southeast, a potent demonstration of solar power driving economic development. The Lowndes County solar plant is to include 50 MW of battery storage.

“This solar farm will be Facebook’s first renewable energy project in Mississippi and first large-scale energy storage project, which marks an important milestone for our global portfolio,” said Urvi Parekh, head of renewable energy at Facebook.