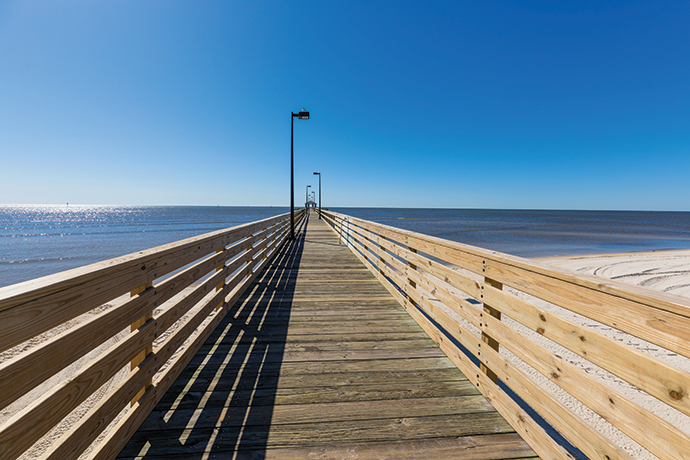 The Gulfport-Biloxi-Pascagoula MSA, located along the Mississippi Gulf Coast, is home to nearly 400,000 people and a highly supportive business climate. Encompassing three counties — Hancock, Harrison and Jackson — this region offers easy access to the Gulf of Mexico and is a hub for shipbuilding, aerospace and defense, advanced manufacturing and petrochemicals.

Not only is the coastal region beautiful to visit, but it’s also a strategic position in the southeast. In addition to its large military presence, including Keesler Air Force Base and the Naval Construction Battalion Center, the region is home to NASA’s John C. Stennis Space Center, the largest rocket engine test complex in North America. Coastal Mississippi is well suited for continued growth in the aerospace sector with three aerospace parks along Interstate 10, the fastest-growing aerospace corridor in the U.S.

The region is home to a large and growing list of UAS companies thanks to its unlimited air and water space and supporting industry. Additionally, Mississippi Gulf Coast Community College and Pearl River Community College offer UAS research, testing, and development curriculum.

With access to three ports, major shipbuilding operations established in the region include Huntington Ingalls Industries, U.S. Marine Inc., Halter Marine Inc., Gulf Coast Shipyard Group, Signet Maritime and Rolls Royce. Huntington-Ingalls, which has produced warships for the U.S. Navy and other governments since the 1930s, is the state’s largest private employer.

In 2020, two shipbuilders announced plans to expand in the region and create hundreds of jobs. Gulf Ship, a specialty shipbuilding operation, is growing in Gulfport, where it will fulfill a new contract for tugboats and create more than 200 jobs. ST Engineering Halter Marine and Offshore Inc. is expanding in Pascagoula, where it will create 100 jobs.