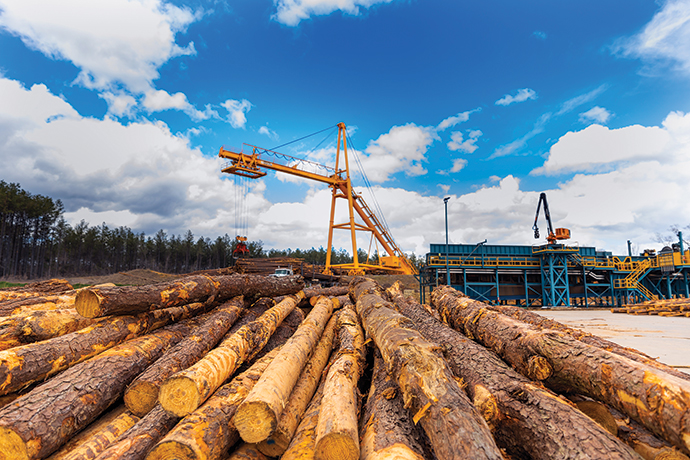 Coming off a year of solid growth in the timber business, Mississippi ushered in 2021 in style in January when Biewer Lumber announced it would build a new $130 million sawmill and create 150 jobs in Winona.

“The growth of companies like Biewer Lumber in Mississippi sends a strong message that our state has a supportive business environment and a skilled workforce,” Gov. Tate Reeves said. “Biewer Lumber’s construction and expansion of the sawmill in Newton and the construction of a new sawmill in Winona and the creation of these jobs is a testament to that fact.”

A family-owned firm based in St. Clair, Michigan, Biewer operates a total of five sawmills consisting of two in Michigan, two in Wisconsin and one in Newton, Mississippi.

“My family’s passion for the lumber industry has prompted this expansion in the South,” said Tim Biewer, president and CEO of the company. “There is no better place to grow the business than the fiber-rich state of Mississippi.”

Biewer is not alone. All around the state, lumber companies are shelling out big bucks to expand their operations and increase the size of their workforce. Agribusiness is Mississippi’s largest employer, as nearly 30% of workers in the state work in this sector. Mississippi forests cover 19.6 million acres, comprising 65% of the state. Forestry-related jobs employ approximately one out of every four factory workers in the state; and the value of production for Mississippi’s No. 3 commodity, timber, tops $1 billion each year.

Bud Reaves, division controller for Timber Products Company, spoke for many when he said: “Timber Products Company is very excited about expanding its operations in Corinth. This expansion is providing us with a more diversified product offering, allowing us to enter new markets, create new jobs and help protect existing jobs.”

“My family’s passion for the lumber industry has prompted this expansion in the South. There is no better place to grow the business than the fiber-rich state of Mississippi.”
— Tim Biewer, president & CEO, Biewer Lumber

Idaho Forest Group announced last December that it would locate sawmill operations in Lumberton in Lamar County. The $120 million investment is expected to create up to 135 jobs. Based in Coeur d’Alene, Idaho, IFG currently operates six sawmills and a finger-joint plant at locations in Idaho and Montana. IFG has the capacity to produce more than 1 billion board feet per year, making it one of the country’s largest lumber producers.

Finally, Hankins Lumber announced last November that it would expand its footprint in Grenada County by investing $12.5 million into a new sawmill and hiring 43 new workers.

Hankins has operated in Grenada County for nearly half a century. The firm employs 140 workers at its existing facility there. The new facility will produce about 40 million board feet of lumber each year. 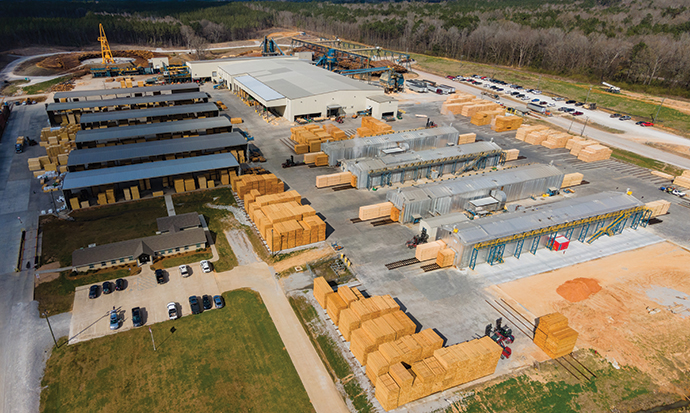 Biewer operates a total of five sawmills consist-ing of two in Michigan, two in Wisconsin and one in Newton, Mississippi.
PHOTO courtesy of Biewer Lumber