Whether meat, tamales or catfish, Mississippi delivers the personal touch. 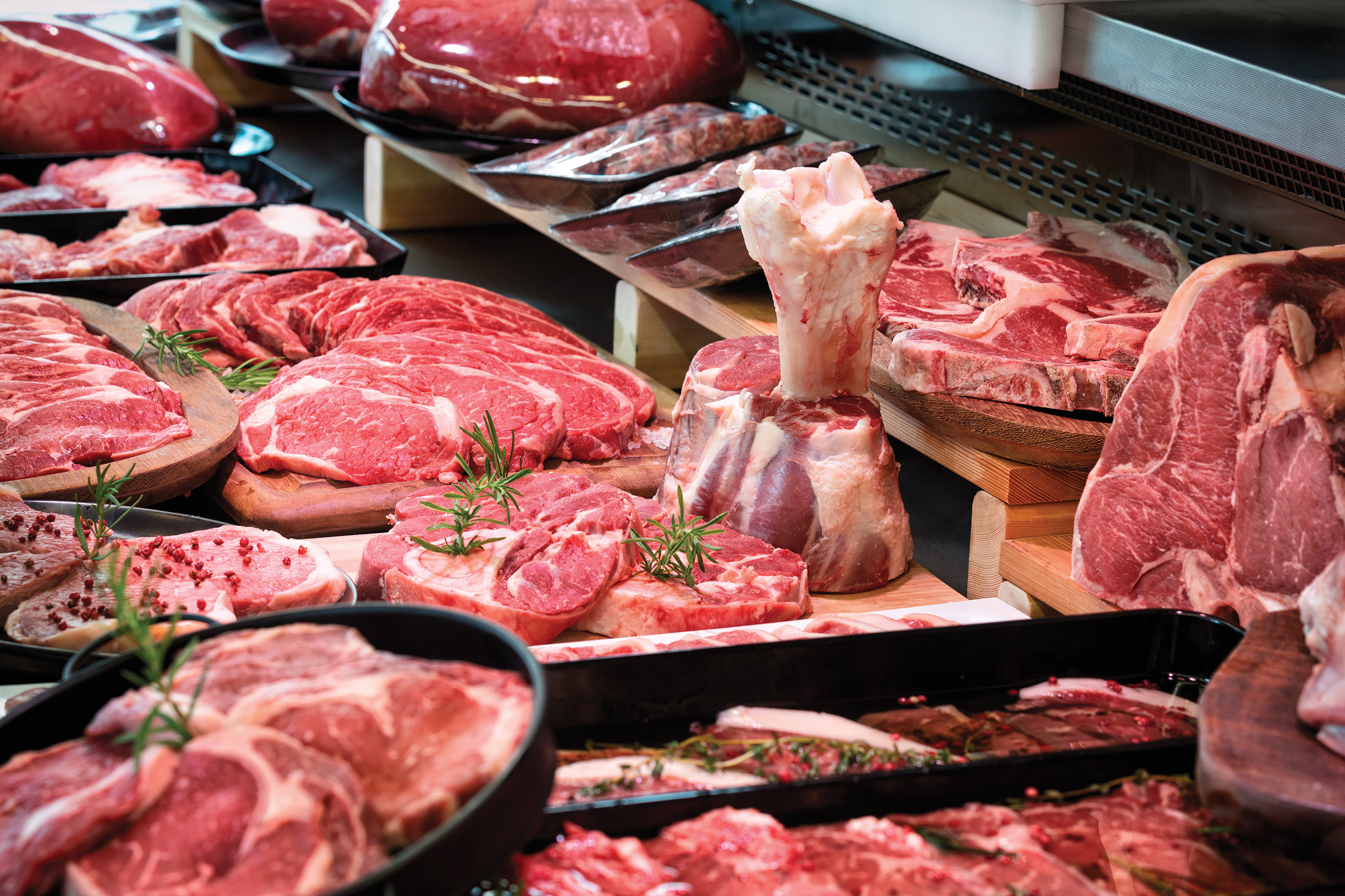 civil engineer by trade, Scott Hicks grew up on a farm in Leakesville, Mississippi, where his family raised beef cattle. His recent leap of faith into the meat processing business draws upon lessons he learned in both realms of experience.

“This is something my wife Michelle and I had thought about for 10 years,” Hicks says of his family’s Cutting Edge Meat Company, which opened in Leakesville in late 2021. “My previous job building and managing a gas storage facility,” Hicks believes, “gave me the tools to feel confident that I could go out and tackle something like this.”

He came close to buying the area’s previous sole meat processor in Homestead, some 30 miles away, but that fell through. Undeterred, Scott and Michelle redoubled their efforts during the early days of the COVID-19 pandemic, filling a binder with a three-inch business plan for a ground-up operation that checked the boxes of no fewer than four local lenders, Scott says.

Scott engaged some local engineers known for designing poultry farms but concluded that he “was not going pay them $175,000 to do what I can do.” He drew his own plans for Cutting Edge Meat and served as lead contractor. Sometimes, friends pitched in on weekends. Having broken ground on the project in the fall of 2020, Hicks opened the doors in November of 2021. Already, Cutting Edge Meat employs 20 workers full-time, as well as another handful of part-time employees.

The sense of trust that comes with doing business with neighbors, Hicks believes, is helping to propel his business’s early success.

“The one thing we want to do,” he says, “is to give people the chance to know where their beef is coming from and to be confident as to the quality of what they’re getting. These days, people want to know exactly what they’re buying. We have always tried to raise something we enjoy eating, and so a lot of our customers are repeat. We just recognized the need and the opportunity here to provide a good, quality product.”

Mississippi’s Agriculture Commissioner Andy Gipson is a big supporter of localized meat production. At the pandemic’s outset, he freed up emergency funds for local meat processors and signed an emergency order intended to boost sales of locally processed meat. A web portal allows local farmers to sell their commodities directly to consumers across the state.

“It’s that kind of supply chain,” said Gipson, “that we need to grow here in Mississippi, so that we don’t depend too much on these out-of- state producers.”

Hicks senses that something like that may be happening.

“We’re getting a lot of calls from people who are now looking at opportunities to get involved. They’re calling and saying they like what we’ve done and asking if we can help them. We had a lot of help early on, and so we try to help them, too.”

“For three decades, Tyson Foods has been a valued employer and major economic contributor in Warren County.”

Big and Getting Bigger

Agribusiness is Mississippi’s top industry, employing about 18% of the state’s workforce and generating close to $10 billion in revenue annually, nearly 6% of state GDP. More than 34,000 farms cover some 10.4 million acres.

Broilers, with cash receipts of $1.7 billion, are one of Mississippi’s top commodities. Poultry giant Tyson Foods made the state’s biggest agribusiness investment of 2021. In October, Tyson announced a $61 million expansion of its poultry plant in Vicksburg. The company says the investment will create nearly 50 jobs.

“For three decades, Tyson Foods has been a valued employer and major economic contributor in Warren County,” Gov. Tate Reeves said in a statement. “The company’s ongoing investments in its Vicksburg operations are a testament to Mississippi’s strong business environment and capable workforce.”

Incentives for the project came from both state and county and from Entergy Mississippi. The Mississippi Development Authority pledged assistance for infrastructure improvements. Tyson’s Vicksburg facility produces fully cooked chicken products for food service and retail customers, such as schools. Before the expansion, the plant employed some 500 workers.

“We’d like to thank the Mississippi Development Authority and Warren County for their assistance and support of this project,” said Doug Bray, group president for Tyson Foods. “The demand for convenient, high-quality chicken products continues to grow and there is no brand more trusted than Tyson. We are pleased to invest in our business as we invest in the great state of Mississippi.”

Taste of the Delta

Call the headquarters of Tony’s Tamales in Ridgeland, Mississippi, and there’s a good chance that whoever picks up might also be serving the takeout window. But don’t be fooled, Tony’s Tamales is a big and expanding enterprise, humble roots though it has.

First off, if it’s tamales you crave, make tracks to the Mississippi Delta. Lesser known than its Mexican relation, the Mississippi Delta tamale is smallish, simmered not steamed, and filled with spiced cornmeal instead of masa. It’s been a Delta delicacy since further back than anyone living can remember. From a credible account on Thrillist:

“Despite a great deal of tamale anthropology, to this day, no one’s quite sure how the tamale became a staple in the Delta. Some say it sprung from the region’s mound-building Native American cultures. Others are all but certain it was brought to the region from Latin America at some point, by workers, or soldiers, or otherwise. The most widely accepted theory is that tamales came with Mexican migrant workers to the region’s cotton plantations in the early 1900s. In the fields, they were introduced to African American sharecroppers who went on to develop their own recipes, which they handed down through generations.”

Tony’s Tamales, founded by Mississippian Robert Mosley, started as a restaurant in Jackson in 1982. The tiny company took off, moved its over-the-counter business to Ridgeland, and now sells to retailers across the country, boasting recently-secured contracts with Whole Foods and Publix. Hence, the newly announced $690,000 production facility that’s to employ 30 people in nearby Flora. 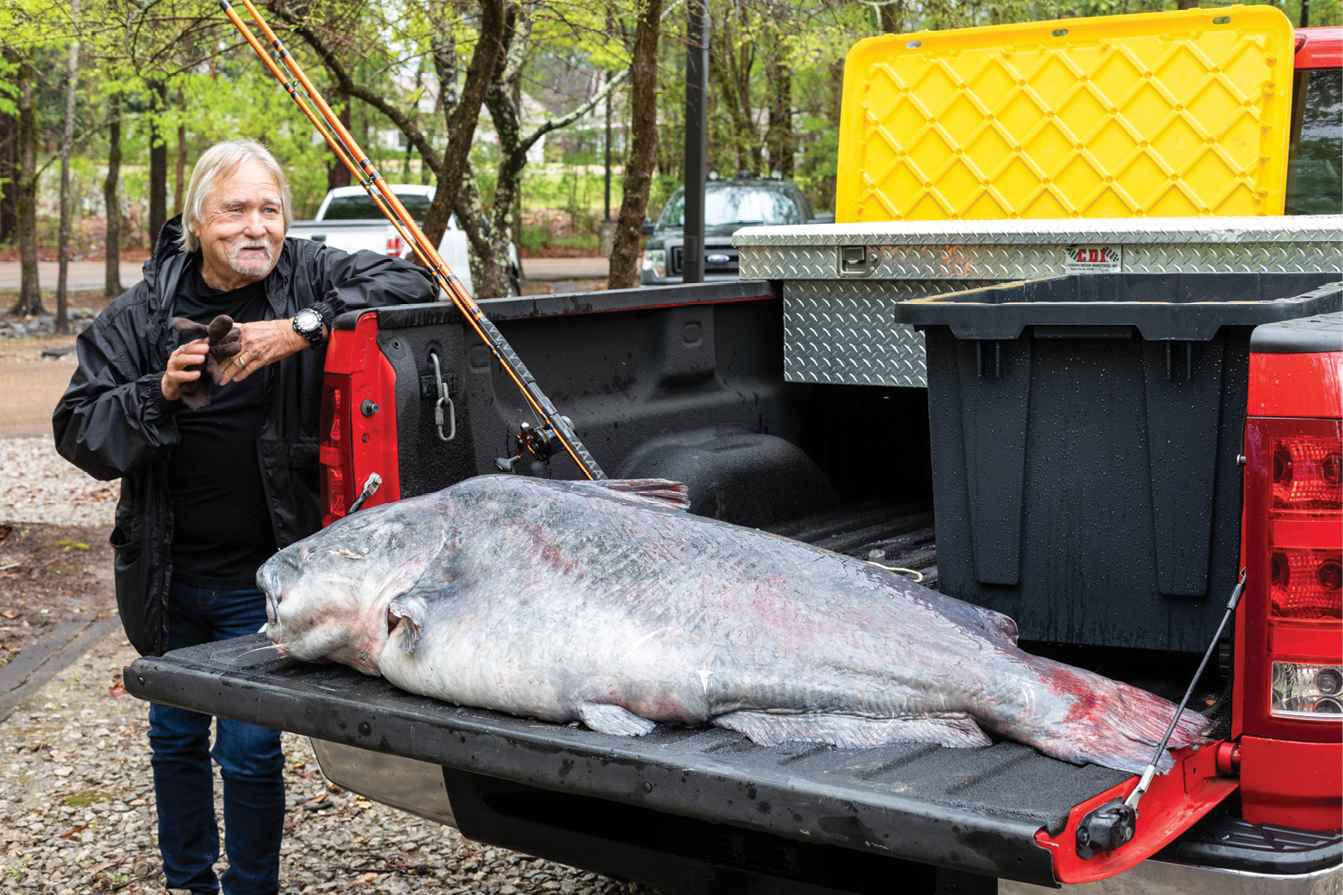 “Tony’s Tamales is another prime example of a Mississippi-grown company finding success nationally,” said Gov. Reeves. “With this expansion, Americans across the country will be able to experience a Mississippi culinary tradition. I look forward to watching this project bring even more economic growth to Madison County.”

In April 2022, lifelong fisherman Eugene Cronley of Brandon reeled the biggest catfish ever caught in the state. After a 40-minute battle on the Mississippi River near Natchez, Cronley’s catch weighed in at 131 lbs., 30 lbs. more than the previous record catch, also caught near Natchez.

“I’ve been catfishing all my life and I never dreamed of something like this,” Cronley told the Clarion Ledger. “He is a monster,” he said.