Mississippi is central to the nation’s advances in space exploration and aerospace technology. 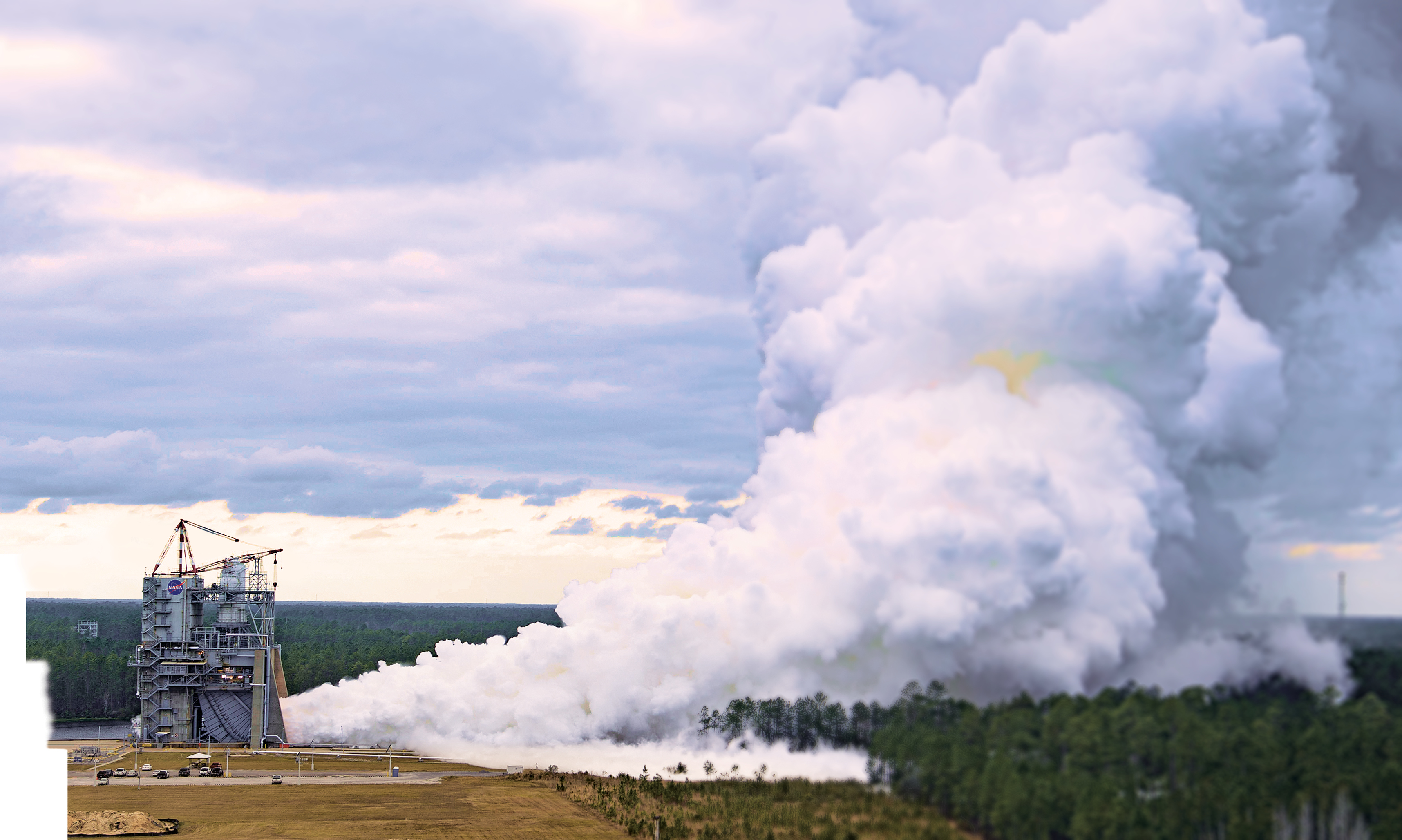 f Mississippi doesn’t come to mind as a leading center of aerospace manufacturing, it should. From Iuka in the northeast, where Orbital ATK builds composite structures for space vehicles, to Moss Point in the south, where Northrop Grumman makes unmanned aircraft and does fuselage sub-assembly work on the F-35 fighter jet, Mississippi is an aerospace giant. It’s one of four states that comprise the Gulf Coast Aerospace Corridor, stretching from eastern Louisiana to northwest Florida along Interstate 10.

But Mississippi is the only state that is home to the nation’s largest rocket engine testing facility. The Stennis Space Center near Bay St. Louis in southern Mississippi celebrated its 60th anniversary in October 2021. “The story of Stennis is one of resilience and ingenuity,” Center Director Dr. Rick Gilbrech said at an event marking the milestone. “The site has helped power the nation’s space programs ever since the Apollo era of the 1960s and 1970s. At the same time, despite obstacles, it has developed into a highly efficient federal city. The Stennis workforce has a remarkable history of dedication and expertise. I feel continually blessed to lead such a talented group.”

All Apollo rocket and space shuttle engines were tested at Stennis, as are those that will power NASA’s Space Launch System (SLS), the world’s largest rocket. According to NASA, “SLS provides the foundation for human exploration beyond Earth’s orbit. With its unprecedented power and capabilities, SLS is the only rocket that can send Orion, astronauts, and cargo directly to the moon on a single mission. The SLS rocket is designed to be evolvable, which makes it possible to fly more types of missions, including human missions to the moon and Mars and robotic scientific missions to places like the moon, Mars, Saturn, and Jupiter.”

Stennis also is home to a Technology Transfer Office, which facilitates making aeronautics and space exploration innovations available publicly, as well as more than 40 agencies, private entities and technology companies.

More helicopter manufacturing can be found in Columbus, where Airbus Helicopters has operated a production facility since 2003. Now a Center of Excellence for Completions, the complex employs more than 200 workers, 40% of whom are U.S. military veterans. H125 and UH-72A Lakota Light Utility helicopters are produced at the location. Customers include public safety agencies, branches of the military and the Department of Homeland Security, among others.

The Kern County Sheriff’s Office in California is a new buyer of the H125. Kern County spans about 8,100 square miles, which is larger than some states. “We operate in a challenging environment with hot summers over 100 degrees, cold winters with temperatures below freezing, and as we tested and compared the H125 with other platforms, it quickly became evident that the H125 was the best helicopter overall for all of our missions and provided the best value for the County of Kern,” said Kern County Sheriff’s Office Air Support Lieutenant Joel Swanson in a statement when the purchase of two H125s was announced. “We’ve operated an Air Unit for 50 years, and we are the only law enforcement airborne support in a county the size of small states. We cannot wait for these aircraft to be delivered and put to use to support our deputies and serve the citizens of our community.”

Mississippi State University in Starkville is home to the Raspet Flight Research Laboratory, a recognized leader in aviation research, particularly in the field of unmanned aircraft systems. The Laboratory consists of an advanced composites research and experimentation center and a multi-use headquarters. The university is also one of the FAA’s Centers of Excellence for Unmanned Aircraft Systems.

The University of Mississippi offers an aero-acoustics research program through the on-site National Center for Physical Acoustics. Researchers at NCPA study noise reduction in aircraft, ways to more efficiently mix fuel, and better designs for cargo and weapons bays. Aero-acoustics facilities include the Tri-sonic Wind Tunnel and the Anechoic Jet Laboratory for studying the effects of temperature on supersonic jet noise. 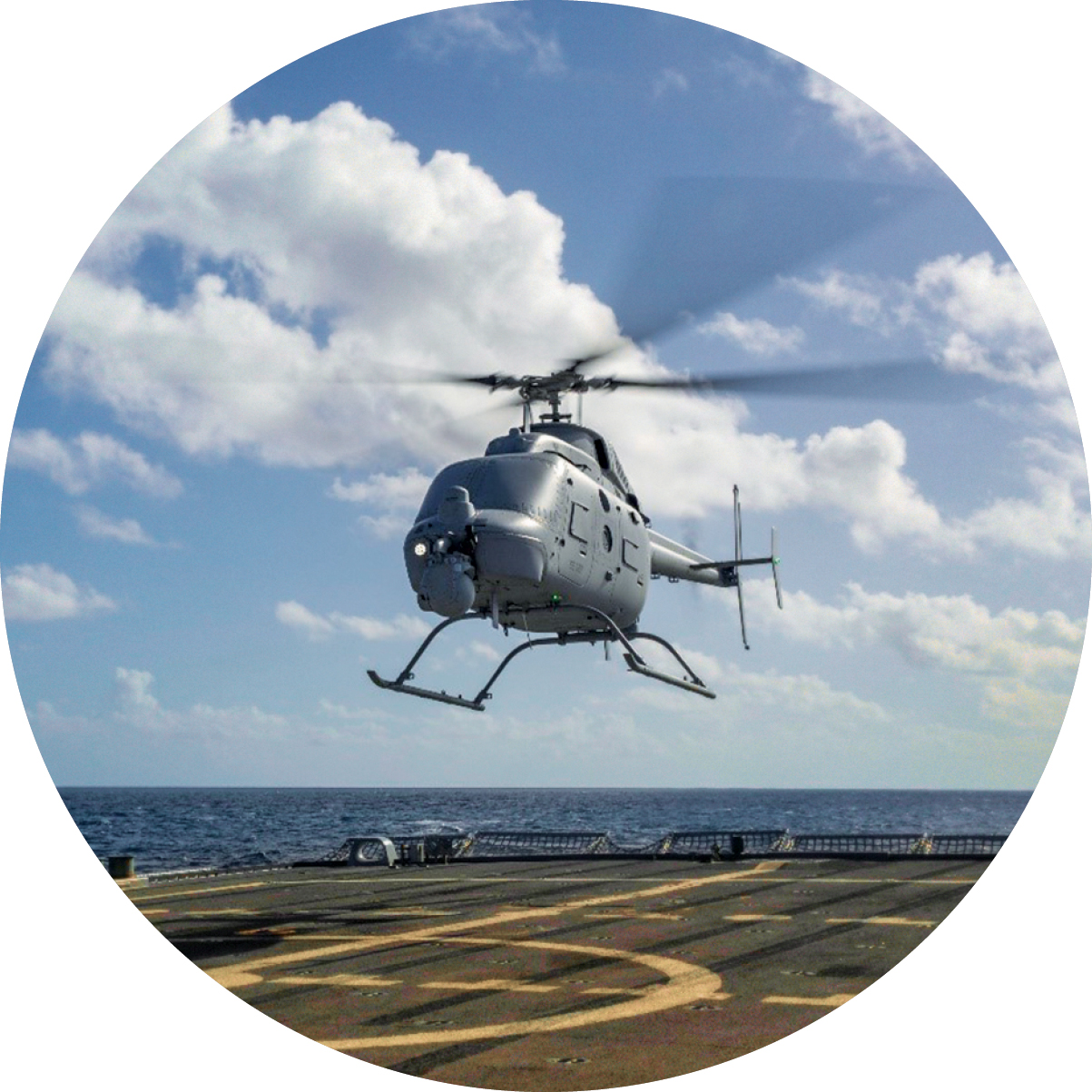