The Buzz Is  Growing Louder 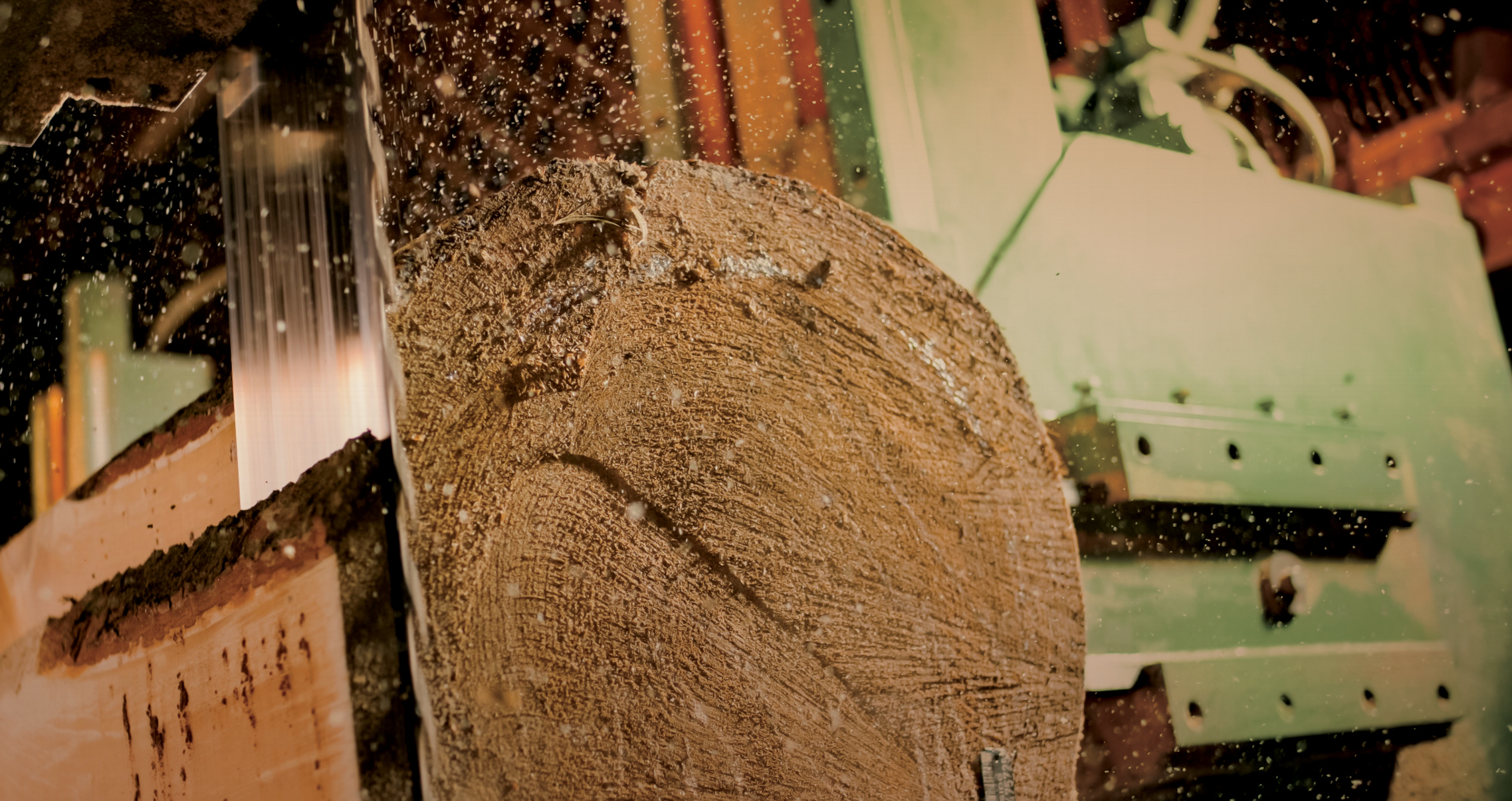 ajor investments totaling more than a half billion dollars confirm that the buzz surrounding Mississippi’s forestry and timber industry is more than just noise. In April of 2022, Mississippi witnessed not only the launch in Winona of a $130 million sawmill by the John A. Biewer Company, but also notched the two biggest forestry-related projects in the state’s history. The two newly announced projects include a $200 million sawmill by Jackson-based CLAW Forestry, a timberland investment and management company, and a $250 million biomass pellet plant by Enviva Biomass, based in Maryland.

“Mississippi has been home to us for over a decade. Nothing feels better than being wanted.”

“Enviva’s decision to invest a quarter of a billion dollars and create 100 new jobs in Mississippi is another tremendous win for our state’s economy,” said Gov. Tate Reeves, announcing the deal April 5. “It’s further proof,” Reeves said, “Mississippi is a prime location for manufacturing. I’m incredibly proud that these wood pellets, produced right here by hardworking and skilled Mississippians, will be distributed and used around the globe.”

Big wins such as these tend to be less the result of coincidence than of hard work.

“Over the last 24 months, in particular, we’ve been very aggressive,” says Tedrick Ratcliff, executive vice president of the Mississippi Forestry Association. “The work to land these projects didn’t begin the day of that first announcement. It took months and years of effort.”

Ratcliff cites focused contributions by numerous local and regional economic developers and utility providers, as well as the leadership of the Mississippi Development Authority (MDA), which, he offers, “does a fabulous job of helping to find opportunities where Mississippi really excels.”

And Mississippi does excel in forestry. The state is 65% covered with assortments of hardwoods and pine to the tune of some 20 million acres. Timber represents the state’s No. 3 commodity, with a value that tops $1 billion a year. According to the Forestry Association, the industry supports some 62,000 jobs, representing 4% of the workforce and one in four factory workers across the state. The total industry impact on Mississippi, according to the Mississippi State University Extension Service, is in excess of $17.4 billion annually with 123,000 jobs supporting $4.4 billion in wages.

“It’s a good debate,” observes Ratfcliff, “as to whether it’s the forest land or the people that’s our greatest asset. I happen to be a real believer in our people. They may drive a truck, own the farm, sell seedlings or operate a piece of logging equipment. The whole gamut. Without people, we’re not doing any of it.”

Two Massive Projects in One Month

Enviva has long been a part of that ecosystem. The company’s planned facility in Wiggins, in Stone County, will join Enviva locations operating now in Amory and Lucedale. The new Wiggins plant, the company says, will play a key role in the company’s strategy to double production capacity over the next five years. Enviva also has completed work on a $60 million deep water terminal at the Port of Pascagoula to export its product worldwide, particularly to markets in Europe where governments are racing to meet stringent sustainability targets.

“Mississippi has been home to us for over a decade,” says Enviva chairman and CEO John Keppler. “Nothing,” has says, “feels better than being wanted.”

With hundreds of thousands of acres of timberland under management, Mississippi’s CLAW is partnering with South Carolina-based BID Group for its $200 million sawmill in the small town of Gloster in Amite County, which also is home to a pellet plant owned by Drax Biomass. The new CLAW operation is to incorporate advanced wood processing technologies and AI-driven software automation systems to produce some 250 million board feet of lumber annually from more than 1 million tons of timber.

“This project,” CLAW CEO Billy Van Devender said in a news release, “will employ the best complement of modern technologies to meet our growing consumer demand for the highest quality product, in a region where we own significant timberland acreage.”

At full capacity, the plant is expected to employ 131 workers directly and to support an additional 200 indirect jobs in areas such as logging and transportation. CLAW says the facility will be located on 65 acres of land, which includes a former Georgia Pacific site.

“In connection with new facility,” the company says, “efforts are underway to resume operation of the Gloster Southern Railroad to further revitalize industry and jobs in the underserved community.”

Scotsman Manufacturing Company, West Fraser, Inc., Vicksburg Forest Products LLC, Idaho Forest Group, Hankins Lumber and Timberland Investors are among the forestry and timber related companies that have made major, recent investments in Mississippi. The biggest among those is Timberland’s $160 sawmill million in Corinth.

As the Forestry Association’s Ratcliff points out, smaller local businesses are a crucial part of the industry, as well.

“Every million dollars invested is big,” he says. “Any manufacturing investment is a good investment, particularly in rural America and rural Mississippi.”

Based in Wiggins, Carpenter Pole and Piling is just the kind of company Ratcliff has in mind. A multi-generation family operation, Carpenter turns straight-growing southern yellow pine trees into poles for utilities.

“We buy the trees, we strip ‘em, dry ‘em and treat ‘em,” says Fant Carpenter of the family’s fourth generation.

Carpenter’s primary pole mill in Wiggins employs 43 workers. A second operation in Picayune has another dozen employees, and a third Carpenter facility is to bring 15 jobs to Waynesboro.

“It’s just keeping up with demand,” says Carpenter. “We’ve been around for over 30 years, and we continue to grow.” 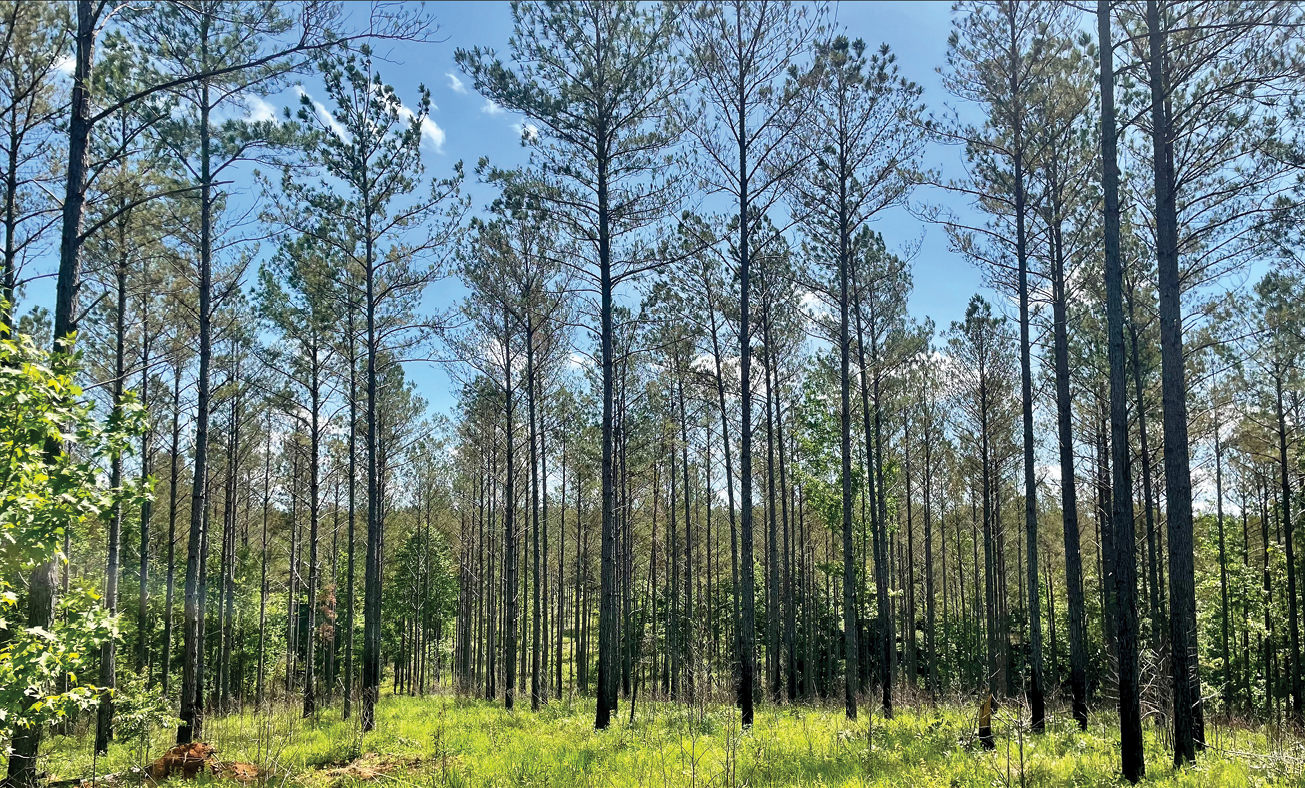