Wall Street on the Mississippi

St. Louis for sure, but Kansas City and other Missouri metros are financial centers too. 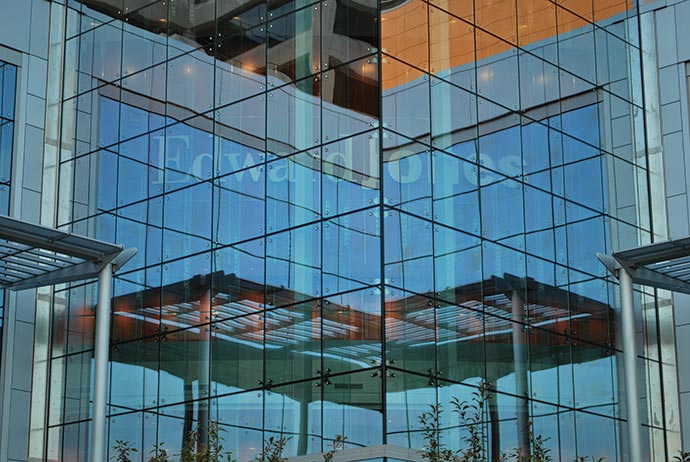 Two of the top five "Best Cities for Jobs 2017" are in Missouri, according to Glassdoor, a leading jobs and recruiting website. Kansas City is third, and St. Louis ranks fifth. ZipRecruiters recently ranked Kansas City the fourth-best city for jobseekers. Maybe that's why those aspiring to a career in financial services, among other sectors, are finding no shortage of opportunities in Missouri.

Cenlar FSB, a financial services company specializing in home loans, announced in March it would expand in O'Fallon, Missouri with plans to create 500 jobs. "A robust experienced talent pool made O'Fallon the perfect location for our expansion," said Cenlar Chairman, President and CEO Gregory Tornquist. "As Cenlar continues to grow, so do the needs and demands of our clients. Opening an operation center in Missouri was the next logical step in making sure we can exceed our clients' expectations every day."

It's not just Missouri's signature metros that attract financial services investment. Veterans United Home Loans has been growing rapidly since 2002 in Columbia, where its headquarters employs more than 1,800. With more than 2,400 employees in 20-plus states, Veterans United is the largest VA home purchase lender in the U.S. Two-thirds of those employees are millennials, and where that demographic wants to work is not to be taken lightly.

"Millennials are very purpose-driven, and this generation is passionate about the opportunity to help veterans get into homes, especially here in the Midwest where we have a high degree of regard for people who serve," says Greg Steinhoff, Vice President, Industry & Regulatory Relations. Home to the University of Missouri, Columbia has a ready supply of talent despite not being a major metro. "It's a great resource for us to recruit from," says Steinhoff.

Veterans United occupies space in 17 buildings in town, and employees' average age is somewhere below 30.

Not all employees are Columbia natives or Mizzou grads.

"It's been interesting for me to see how attractive Missouri, and particularly mid-Missouri, is to talent coming from the coasts," notes Steinhoff. "Tech talent from the coasts comes here and sees a similar environment — we were ranked the 9th best workplace for millennials by Fortune in 2017."

"We started operations in St. Louis in 2015 and since then have seen considerable growth — from fewer than 10 to more than 300 employees," says Square spokeswoman Samantha Verdile. "Jim McKelvey said in 2015 that the goal was to have 200 employees in St. Louis within five years, and we're way past that goal. We're very excited about the growth taking place there."

The factors behind Square's rapid growth in St. Louis include a robust economy, a flourishing tech scene and a wealth of local talent, says Verdile. "We came for the talent and opportunity, and it has completely surpassed our expectations. We service small businesses, and those business owners cover every demographic. Commerce happens everywhere, not just on the coasts. It's very important for us to be involved in communities across the country. St. Louis definitely is one of those, especially with the founders being from St. Louis. More than that, though, the local talent in St. Louis is phenomenal."