Missouri is a food production powerhouse 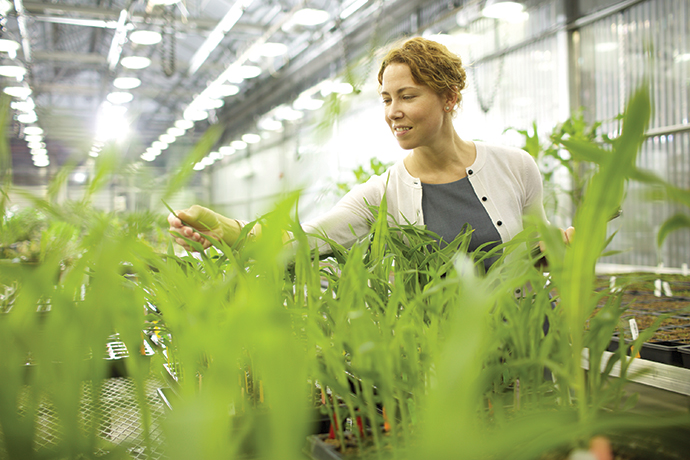 As the geographic center of the nation's population, Missouri lies at the crossroads of America's food and food production sectors. The Show Me State is home to nearly 100,000 farms, second-most in the nation, covering 28.3 million acres.

In 2016, agriculture and related industries contributed more than $88 billion in sales and more than 378,000 jobs in Missouri, according to the Missouri Department of Agriculture. The state plays a leading role in the nation's production of agricultural products and ranks fourth for rice acres harvested, ninth for soybean acres harvested, 10th for corn acres planted, third for beef cows and seventh for hog sales.

General Mills launched operations in the famed town of Hannibal on the Mississippi River in 2001 and today is a major jobs provider, employing about 1,000 people with an annual payroll of $80 million. A $65-million expansion of the plant, now being completed, will make it among the company's biggest US food production facility and the sole worldwide supplier of Progresso Soup.

"The plant will continue to make Progresso Soups, Hamburger Helper, Old El Paso, and Fiber One and Nature Valley Granola bars," the company says in a statement, adding that "General Mills is a proud member of the Hannibal community. We're excited to continue to grow and work with our talented workforce in Hannibal."

The Hannibal expansion was enabled through the city's issuance of industrial development bonds to fund $7 million in property improvements and $58 million in new equipment. The investments will help the company to build a third soup line at the plant.

"I'm proud of General Mills for thinking enough of our community to put more dollars into it," says Hal Benedict, a member of the Northeast Missouri Economic Development Council.

Colorado-based Aurora Organic Dairy, a leading producer of organic milk and butter, is making a massive investment in the heart of Missouri, having broken ground on a $141 million milk plant, the company's second, to be completed next year in Columbia.

"Columbia was the best choice," says Marc Peperzak, founder and CEO, "because it offers a location that expands and improves the efficiency of our total supply chain from organic feed, to milk, to consumer."

The plant is expected to bring 150 new, full-time jobs to the area, which lies directly between Kansas City and St. Louis.

"This is a great addition to the Columbia region," says Steve Johnson, CEO of Missouri Partnership, a public-private economic development partnership. "Food solutions," says Johnson, "is a key strength for Missouri due to our robust food production sector and our leading role in agriculture."

California-based Ajinomoto Windsor, a leading company in the frozen food industry, is another out-of-state firm that recognizes Missouri's food production prowess. The company, which staked out a presence near Joplin more than 20 years ago, is set to open a new frozen appetizer production plant in the city. The $39-million investment is expected to create up to 240 new jobs.

Frick's Quality Meats began as a butcher shop in Washington, Missouri, in 1896. From that humble beginning, the family-owned business has grown to a nationally known brand with retail distribution to 44 states and a 120,000-sq.-ft. facility that makes smoked meats and sausages. In late 2017, Frick's broke ground on an 18,000-sq.-ft. expansion, an $8-million investment expected to bring 40 new jobs to the town just west of St. Louis. The expansion will facilitate the company's move into organics.

"We look forward to the opportunities the expansion brings," says fifth-generation owner Dave Frick, "including meeting the growing demand of our customers and the launch of Frick's Natural and Organic Products."

Something Big is Brewing

Missouri is home to more than 130 wineries, 50 craft breweries, and 20 distilleries and the world-famous Budweiser family of beers. Budweiser parent, Anheuser-Busch, announced 2017 investments in its St. Louis brewery and its bottling plant in Arnold totaling more than $20 million.

"Our ciders," says the company, "range from classic and traditional to bold and innovative, but whatever style they are all 100 percent gluten-free from fresh, pressed regional fruit, never concentrate."

Other recent food and beverage industry investments include: