A Public Affairs Leader in the Heart of America 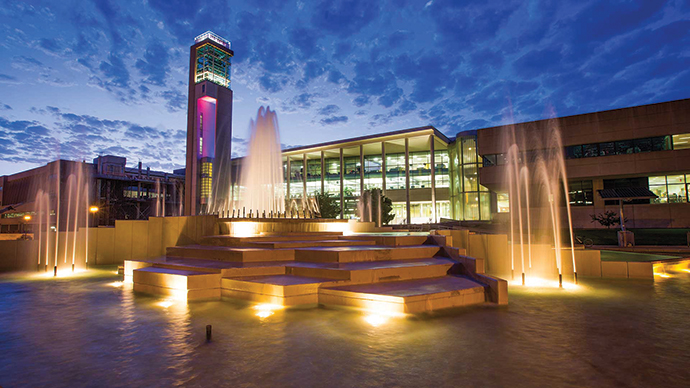 Located in Springfield, Missouri, in the heart of America, Missouri State ranks among America's top colleges, according to Forbes magazine. The university was named among the best in the Midwest by The Princeton Review and U.S. News & World Report.

Founded in 1905 as a teachers college, Missouri State continues to offer world-class opportunities to students and staff. Prominent areas of study include agriculture, computer science, business and education. The university offers more than 180 bachelor's degree programs, 10 of which can be completed entirely online, providing students with countless opportunities to advance in their careers.

In 1995, Missouri State's statewide mission in public affairs was signed into law. The mission asks students, faculty and staff to consider what they learn in the context of their role as citizens. It encompasses three pillars of public affairs: ethical leadership, cultural competence and community engagement. Faculty and staff have worked to integrate the mission so students understand how their actions affect society at large.

With more than 26,000 students enrolled annually, Missouri State is the second largest university in the state. The university offers much to do outside the classroom as well. Students can join more than 300 campus organizations, pledge with numerous fraternities and sororities, and help others through the school's community service programs, such as Bears Bringing Hope, which raises funds to help natural disaster victims, among other activities. And when it comes to sports, Missouri State is home to 17 NCAA Division I teams with 58 NCAA championship appearances

In addition to its main campus, Missouri State developed an urban innovation park in Springfield called IDEA Commons. It's a collaborative community effort — bringing together corporations, the University, lofts, non-profits and retail space in a downtown community where people from all walks of life can live, shop, learn, create and work.