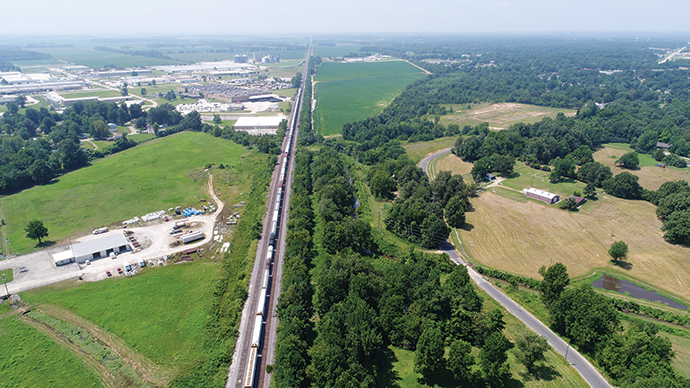 Nestled in the foothills of the Ozarks in Southeast Missouri, half way between St. Louis and Memphis, Tennessee, lies the town of Poplar Bluff.

The small town in Butler County is home to about 17,000 people. But don't be fooled by its size, it packs an economic punch. The region's central location makes it a regional hub for education, health care, and light industry with a workforce of more than 77,000 people within a 45-minute drive. More than 20 percent of the region's workforce is employed in the manufacturing industry.

One of the city's largest employers is small engine manufacturer Briggs & Stratton Corporation. The company opened in 1989 and produced its 80 millionth engine in February 2017. Legacy Fasteners, a nail manufacturing plant, also chose to locate its new facility in Poplar Bluff in 2017

The region is a logistics hub offering interstate access via US 60, 63, 67 and 160 and two Class 1 railroads. The city is less than hour away from the Southeast Missouri Port on the Mississippi river providing direct access to the Gulf of Mexico.

"I'm just very appreciative to the community, and the support that they've given Poplar Bluff and the surrounding community Missouri area," said Keith Dickens, the president of Pepsi Mid-America. "We also built a similar facility in Cape Girardeau, so we just really believe in Missouri, and the success we've had is attributable to the support of our team."

Steve Halter, director of economic development for Poplar Bluff Industries, the region's nonprofit economic development organization, says the community's chief selling points include its central location and infrastructure, as well as it's status as an ACT Work Ready Certified Community — a designation earned by Butler County in 2014 making it one of the first certified communities in the state.

Halter notes the community also has a 10-acre Missouri Department of Economic Development Certified Site. The greenfield site is located near two four-lane highways, 67 and 60, and is the only certified site in Southeast Missouri.