Missouri’s global reach in financial services is strengthened by its global potential. 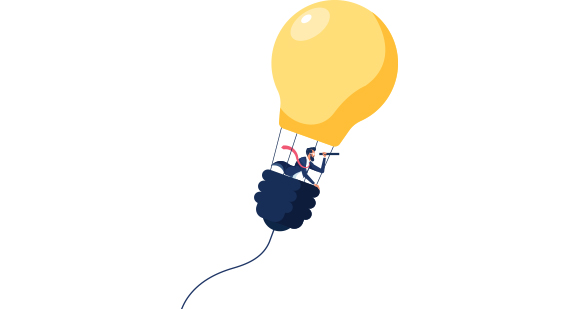 SixThirty is a family of enterprise technology venture funds that in 2020 entered its seventh year of “investing in early-stage enterprise (B2B) FinTech, InsurTech and Cybersecurity companies and driving collaboration with leading incumbents looking to embrace emerging technologies and new business models.”

The fintech seed fund has team members in Amsterdam, Singapore and New York. But its home base is in St. Louis, Missouri. That’s where the organization got its name: The city’s Gateway Arch, symbolizing access and opportunity, stands 630 feet tall.

SixThirty says it is a “force multiplier” because of its insistence on collaboration in its unique Go-to-Market program. SixThirty meanwhile continues to develop its own collaborative relationships with legacy financial services leaders in Missouri.

St. Louis–based Commerce Bancshares in April 2021 announced it was deepening its relationship with SixThirty in order to drive innovation. Among the reasons cited by the venerable Missouri institution with $33.1 billion in assets: “St. Louis, where SixThirty is headquartered, offers a robust financial services community, serving as one of the largest financial services hubs outside of New York. SixThirty has been investing in fintech since 2013. Their integrated model nurtures growth and collaboration between its portfolio investments and corporate LPs, which include leading financial institutions across the United States.”

“Partnering with an organization like SixThirty is a natural fit for Commerce,” said Jennifer Upton, Commerce’s Manager of Corporate Strategy and Innovation. “Their focus on the convergence of wealth, health and data aligns with many of our strategic priorities. We look forward to the continued collaboration with SixThirty and its global reach into fintechs and innovation.”

Convergence is something Missouri knows well, going back to the days generations ago when traders found the region a stepping-off point to the marketplaces to be found via the Mississippi River. Today, tech is the tributary. And talent is the vessel.

The Technology 2030 report from the Missouri Chamber of Commerce and Industry found that in addition to the state’s low costs compared to other tech meccas, its resources “show that Missouri could become a major player in the emerging tech subsectors, such as advanced manufacturing, agtech and fintech.” Progress in broadband access throughout the state, expanded tech transfer from universities and increased small business funding will help the state get there.

A spinoff study conducted for the Chamber by Ted Abernathy of Economic Leadership LLC found that that the finance and insurance sector is the sixth-largest employer of tech workers in Missouri, with 14,932 jobs. Financial institutions increased their tech workforce by 19% from 2012 to 2017, with tech workers accounting for more than 11% of the total financial industry workforce in Missouri.

The ecosystem for continued fintech innovation includes curricular aspects like the new undergraduate fintech minor offered at Missouri University of Science and Technology in Rolla. It includes stalwarts such as PayIt and H&R Block in Kansas City. And it includes the two-year Fountain City Fintech accelerator launched by NBKC bank in Kansas City that saw the bank support 20 entrepreneurs-in-residence. What happened? Another spinoff of sorts: The accelerator’s leader, Zach Anderson Pettet left for an opportunity with Bond.tech, a San Francisco-based fintech platform that wanted him to build a Midwest team in Kansas City.

Meanwhile, growth by financial services firms of all stripes continues to fill the state’s ledger.

In June 2019, RSM (once known by many as McGladrey) announced it would move from its former Kansas City location at 4801 Main St. to 46 Penn Centre in 2020. The company, which also maintains a St. Louis office in the bustling municipality of Clayton, plans to grow its Kansas City office from 220 to up to 400 employees over the next several years.

In October 2020, Veterans United Home Loans expanded on a just-opened corporate office in the St. Louis area by announcing it would hire 75 more employees by the end of the year. As part of its commitment to the region and its veterans, the Veterans United Foundation announced it was donating $500,000 toward the purchase of the land for the new Veterans Community Project tiny house campus in the Jeff-Vander-Lou neighborhood in St. Louis. The campus will house Veterans experiencing homelessness and will include a Veterans Outreach Center for walk-in support services.

“Veterans United Foundation is excited to help Veterans Community Project get its start in St. Louis,” said Dr. Amanda Andrade, Chief People Officer at Veterans United Home Loans. “We look forward to the great work VCP will do helping Veterans get back on their feet in the community, just as they have across the state in Kansas City. With our expanding presence in St Louis, we are excited that we get to continue our work with VCP, and we would love to encourage other companies to partner with this great organization too.”

Based in Columbia, Missouri (home of the University of Missouri’s flagship campus), the full-service national lender financed more than $16.4 billion in loans in 2019 and is the country’s largest VA lender. It employs more than 4,700 across more than 20 states.
The company recently received the Employee Support Freedom Award from the U.S. Secretary of Defense for its outstanding support of employees serving in the Guard and Reserve. And the company was ranked by Forbes in 2020 as the best employer in the state of Missouri. From January to October 2020, Veterans United had hired more than 1,000 employees and was projected to continue to hire at that pace “for the foreseeable future,” with Missouri at the heart of that growth.

That kind of momentum is one reason the state foresees a bright future in financial services and fintech innovation. 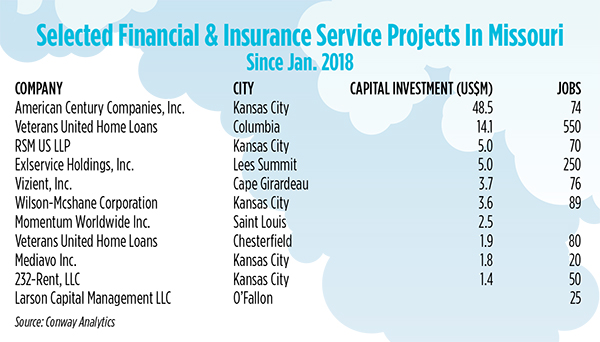