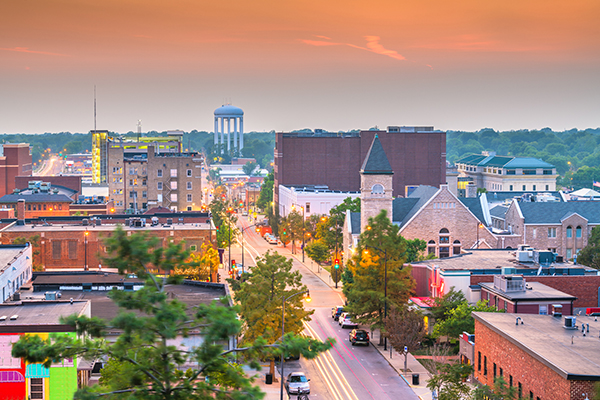 Central Missouri’s capital region is a growing hub for a diverse industry base. The region includes Columbia and Jefferson City, the state’s capital, as well as smaller communities of Rolla, Fort Leonard Wood, Lebanon, Fulton and Mexico.

The region’s workforce is highly trained through several key pipelines. Missouri S&T in Rolla is one of the nation’s top five public engineering colleges. The university is a strategic pipeline for technology talent, as well as research and develop for a variety of industries. The University of Missouri’s flagship campus in Columbia anchors a strong innovation ecosystem in the region and provides a steady talent pipeline. Mizzou awards 27% of bachelor’s degrees, 21% of master’s degrees and 46% of doctoral degrees, among the state’s public universities.

In May, Swift Prepared Foods selected Columbia as the new site of its new Italian meats and charcuterie production facility. The $200 million facility will employ more than 250 people. The company’s new facility will be located in an industrial corridor that already includes companies like Schneider Electric, 3M, Kraft Foods, Quaker Oats and Aurora Organic Dairy.

The company scouted multiple locations for the new facility, and executives chose Columbia because of the city’s strategic location, business-friendly environment, and the ability to access raw material and leverage synergies with existing strategic assets. The company has also recently opened a new ready-to-eat bacon facility in Moberly.

“We are excited to join the Columbia community and to bring good-paying jobs and innovation to the area with the addition of this new, state-of-the-art facility,” Thomas Lopez, president and chief operating officer of Swift Prepared Foods, said. “After an extensive review of potential locations, we are confident that Columbia is a great fit for our company, and this decision supports our focus on continued growth.”