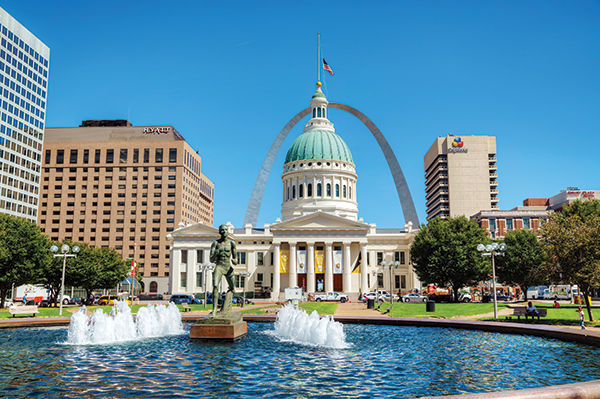 On the border of Missouri and Illinois, along the Mississippi and Missouri rivers, the St. Louis region is built on a legacy of commerce and innovation. Comprised of 15 counties, the region is also home to a whopping 39% of Missouri’s workforce.

With its legacy of innovation and technology, the St. Louis region has one of the largest STEM-based workforces in the country. Fortune magazine recently named the city No. 8 in the country for tech jobs.

Additionally, St. Louis is located within 500 miles of one-third of the country’s population. Connected to six Class 1 railroads, the Mississippi River, multiple highways and an international airport with a region foreign trade zone, the St. Louis metro offers direct access to domestic and international markets. According to Global Trade Magazine, St. Louis is also home to the No. 1 U.S. inland port.

The metro area is home to 2.8 million residents and boasts a workforce of more than 1.5 million strong. With over 83,000 diverse businesses ranging from Fortune 500 companies to startups, the region is a globally recognized hub for various industries, including agtech, financial services, advanced manufacturing, defense, health innovation, and distribution. Additionally, 14 Fortune 1000 companies are headquartered in the St. Louis metro area, eight of which are Fortune 500 companies.

St. Louis is home to a wide variety of agtech leaders, including Bayer CropScience, the Missouri Botanical Gardens, Danforth Plant Science Center, and Bunge. On the defense side, Boeing has long held operations in the city where it works to develop systems ranging from autonomous vehicles and space and missile systems to building the F/A-18 and F-15 fighter jets and the brand new T-7 jet and the MQ-25 unmanned refueler. Additionally, the new National Geospatial-Intelligence Agency’s new St. Louis campus represents a $1.75 billion investment that has jumpstarted the region’s burgeoning geospatial intelligence industry, which includes 40 area companies.

Major financial services firms in the region include Edward Jones, MasterCard, RGA and Stifel Financial. In addition, St. Louis-based Wells Fargo Advisors is the third-largest full-service provider of retail brokerage services in the country with $1.7 trillion in retail client assets, around 12,600 financial advisors and 5,300 employees in the region.

The region has birthed numerous well-known companies, including Enterprise, Square and recent unicorns, Benson Hill and Varsity Tutors. Recently, St. Louis has collected several accolades for its innovative business climate, including being named the No. 2 Rising City for Startups by Forbes.

A low cost of living and a wealth of community assets also make St. Louis a great place to live. LinkedIn called it the #1 City to Start Your Career, while most recently, TIME Magazine named it one of the 100 Greatest Places of 2021.

Innovation communities in St. Louis include Cortex, T-REX and BRDG Park. Cortex is a 200-acre innovation hub and technology district that serves as the city’s startup community anchor. T-REX is a premier tech business incubator and the home of Geospatial Innovation Center at T-REX Powered by Bayer, a geospatial startup center, and Moonshot Labs, the first unclassified NGA innovation center.

The fastest-growing county in the St. Louis metro and state of Missouri, St. Charles County, is home to more than 400,000 residents. A western suburb of St. Louis, this area is a hub of activity for advanced manufacturing, information technology, financial services, health care, logistics and entrepreneurship.

With its central location in the metro region, St. Charles County is less than 350 miles from major Midwest markets, including Chicago, Indianapolis, Louisville, Nashville, Tulsa, Kansas City, Omaha, and Des Moines. In addition, the county is located at the confluence of the Mississippi and Missouri rivers, the fourth-largest river system in the world.

The county is home to several global giants, including Amazon, General Motors, The Boeing Company, CitiMortgage and MasterCard Worldwide. In 2019, St. Charles County netted the largest-ever private investment in the state with the $1.5 billion capital expenditure by General Motors at the Wentzville Assembly Plant. And St. Peters is home to one of the top three national distribution sites in Missouri. Amazon employs more than 6,100 at its St. Peters’ distribution center.

According to the Progressive Policy Institute, St. Charles has been ranked among the top 25 counties in America for high-tech job growth. The county is home to eight data centers on the High Tech I-64/Highway 40 Corridor ­— the largest concentration in O’Fallon, the second largest city in the St. Louis metro area.

The county has a keen focus on innovation and is home to two entrepreneurial incubator facilities – the EDC Incubator in St. Peters and the OPO Startups in Historic St. Charles. The region is also home to two maker spaces.

Additionally, the Historic St. Charles Riverfront is the second-largest registered historic district in the country. The country’s rich quality of life and unique amenities, including minor league sports, the arts and home-grown wineries, breweries and distilleries, offer something for everyone. 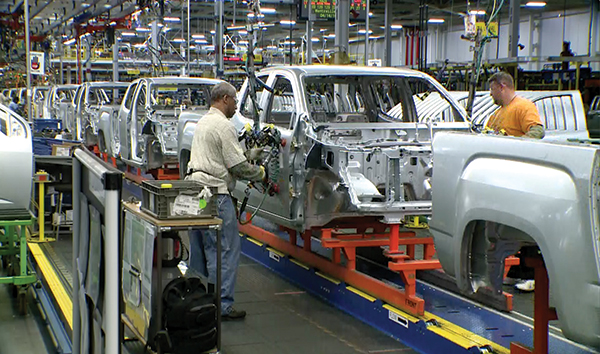