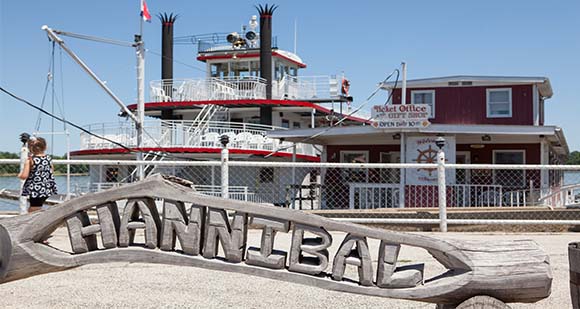 Nestled in the northeast corner of the state, Missouri Northeast is home to a highly trained and affordable labor force of more than 300,000. Bolstered by several universities and colleges, the region is at the crossroads of education and innovation.

Missouri Northeast consists of the cities of Hannibal, Kirksville, Moberly and Warrenton.

Kirksville was recently named the “Smartest City in Rural America” for its best-in-class educational resources. Truman state University in Kirksville enrolls approximately 6,000 students each year and offers a variety of degree programs. The university has consistently been recognized among the nation’s best, with U.S. News & World Report ranking it the No. 1 public university in the Midwest for the past 20 years. A.T. Still University also calls the city home and is the founding school of osteopathic medicine in the world.

Hannibal is a key labor magnet in the region with some 80,000 workers in the surrounding region. Major employers in the city include General Mills, BASF Corporation, Continental Cement, Watlow Industries, Spartan Light Metal Products and more.

The region offers well-connected transportation infrastructure via road, river, rail and air. Served by two interstate highways, four Class 1 railroads and regional airports, companies in the region have several easy and efficient multimodal logistics options. The four-lane US-36 highway provides one of the fastest, least congested trucking routes between Kansas City and Chicago. The Mississippi River makes up the region’s eastern border and offers barge shipping and other capabilities.