From the More Missouri Guide 2021

The Math Adds Up in Missouri

“More Missouri” means more opportunity, advantages and growth for businesses in the Show Me State. 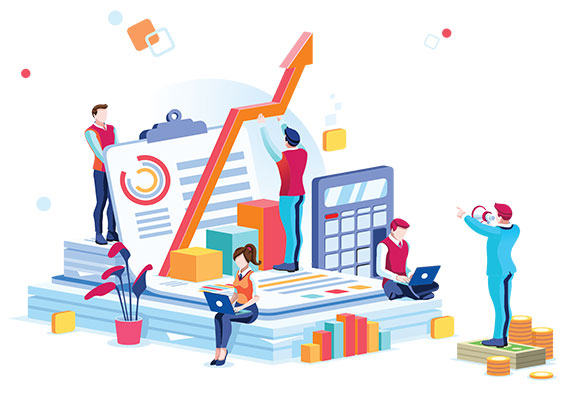 When Deli Star Corp. announced July 20 that it would locate its new headquarters in St. Louis, the news only confirmed what many site selectors already knew: Missouri is a magnet for jobs.

Deli Star is bringing 475 jobs and nearly $100 million in investment to the Show Me State and will begin construction this summer on a new 110,000-sq.-ft. facility.

It is not surprising that Deli Star executives cited these factors. According to leaders at Missouri Partnership, the most common questions asked by site selectors and corporate executives pertain to availability of workers, sites or buildings, and the business costs and tax climate found in the state.

On each of these counts, Missouri stacks up very competitively with other locations. According to the Tax Foundation, Missouri boasts the No. 3 Best Corporate Tax Index in the nation, No. 7 Best Unemployment Insurance Tax Index, No. 8 Best Property Tax Index, and No. 12 Best Overall Tax Climate for 2021. In addition, in the Tax Foundation’s 2021 Location Matters study, Missouri was ranked as the 10th best state for new business and the 4th best for labor-intensive manufacturing facilities.

Missouri also excels in other measures. It ranks No. 8 in overall housing affordability, with a median home value of $168,000 and a cost of living index of 87.1.

And the state keeps getting better. Just last year, Missouri’s corporate income tax rate dropped to 4%, making it one of the most tax-friendly states in the U.S. Missouri also moved to a single sales factor, market-based corporate income tax apportionment model based only on sales. It’s also worth noting that Missouri has not adopted worldwide or nationwide unitary tax assessment in computing multinational corporate income tax liability.

In a more recent survey, conducted by CNBC, Missouri ranked fifth in overall cost of doing business and 10th in overall economic health.

As the business climate of Missouri has improved, so has its job market. On July 14, the Missouri Economic Research and Information Center reported that the Missouri labor market had added 130,000 jobs in the past year.

The state business climate improvement is no accident either. Gov. Mike Parson has worked hard during his tenure to upgrade the workforce and infrastructure of the state. He launched the new Missouri One Start program that provides customized training for companies in Missouri. He signed legislation that expanded access to community colleges for incarcerated individuals and provided free community college for people who live in underserved communities. He signed legislation that allows for license reciprocity across state lines, and he continues to work on improving the talent pipeline and the quality of that talent across the state, including reaching out to ensure retiring military veterans can enter the Missouri workforce by recognizing the specialized training they received during their service.

Finally, Missouri Partnership offers a robust Business Climate Comparison tool on its official website. The tool allows site selectors and other users to do an apples-to-apples comparison of Missouri with other states to see how Missouri measures up in areas such as demographics, educational attainment, tax rates, cost of living, energy costs, patents, venture capital investments, economy, workforce and infrastructure.

“We know that choosing a company’s next location is a dataheavy process, and this tool is designed to make it easy to do a high-level analysis,” says Subash Alias, CEO of Missouri Partnership. “We know that when Missouri is compared to other states, we are a highly competitive choice.”