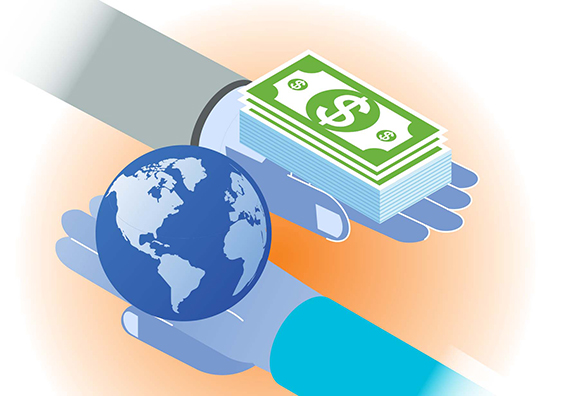 In October 2018, Governor Mike Parson underscored Missouri’s commitment to attracting foreign investment by signing the state’s first Open Investment Policy statement. It notes that Missouri’s economy is stronger because of its successful attraction of foreign direct investment and reaffirms the state’s commitment to ensuring equitable treatment for international companies that set up operations in the state.

Companies headquartered in Italy, the Netherlands, Japan and Brazil are some recent investors in their Missouri facilities. They are among more than 720 international employers in the state. Combined, they employ 144,000 workers, 48% of which (69,700) are in the manufacturing sector, according to 2020 data from Global Business Alliance. Companies based in the United Kingdom, Germany, Canada, Japan and France supply the most foreign direct investment (FDI) jobs in the state. FDI employment grew 44% from 2013 to 2018, whereas overall employment in Missouri grew 7% in that period.

Milan, Italy-based Prysmian Group, a world leader in the energy and telecom cable systems industry, recently announced plans to invest in the company’s manufacturing facility near Sedalia. It has operated in Missouri for more than 50 years. The company plans to expand the facility in two phases. Phase one, which was just completed, was a $3.5 million investment for new equipment purchases, existing building renovations and additional jobs.

“The Sedalia plant is an important area of our business serving a growing market,” said Giacomo Sofia, Chief Operating Officer, Prysmian Group North America. “The investment in the expansion is an important step in continuing to support our customers. Phase one will not only increase opportunities in Sedalia, but it also reduces our operating costs and allows us to be more efficient and cost competitive. The plant has a deep history in the area, and we are thrilled that we continue to grow our footprint.”

Headquartered in Rotterdam, Refresco is investing nearly $7 million in its facility in Joplin. The new investment is expected to create 95 new jobs in the region. Refresco’s total employment will grow to about 270 people once the expansion is complete. Refresco is the world’s largest independent bottler of beverages for retailers and branded beverage companies, with production in Europe and North America. The Joplin plant manufactures fruit juices and other hot-filled beverages in more than a dozen bottle sizes and 23 packaging configurations.

“This is a significant long-term investment that will allow us to continue to grow so we can meet the needs of our customers,” said Tom Jablonsky, Vice President of Operations at Refresco North America.

The Plant That Keeps Expanding

Kawasaki Motors Manufacturing Corp., U.S.A., a division of the Japanese conglomerate, has announced plans to expand and invest in Missouri, adding an additional shift and three assembly lines at its facility in Maryville. The company plans to add one line to the first shift, while two others will begin for the second shift, creating an additional 110 jobs. Kawasaki opened the Maryville plant in 1989. It had one assembly line producing a small engine for walk behind lawn mowers and employed a team of 150 employees. The Missouri plant has expanded more than a dozen times, and currently employs more than 850 people. The Maryville plant has become the main manufacturer of general purpose engines worldwide for their parent company, Kawasaki Heavy Industries.

“As our capacity need grows, so does the need for additional workforce,” said Anita Coulter, Vice President of Operations. “Northwest Missouri has provided the kind of workforce necessary to produce a quality product that has our customers requesting more. However, with the state of our world today, the safety of our employees has to come first.”

Kawasaki noted that the additional assembly lines on second shift will not only allow Kawasaki to continue social distancing efforts for employees’ safety, but also can be another way to help parents navigate the uncertainty of school or classroom closures coupled with online learning and remain employed.

WEG Transformers USA, a subsidiary of Brazil-based WEG Industries, is investing in a new facility in Washington, Missouri. The 147,000-sq.-ft. facility will be WEG’s third factory in Washington, on the western outskirts of St. Louis. It will manufacture distribution transformers, which are placed in neighborhoods. WEG also plans to upgrade an existing plant, adding capacity for transformers used at utility substations and renewable-energy facilities. “We see the market right now in the U.S. as good,” said WEG General Manager Phillip James. “We needed to expand our capacity in Washington to meet our customers’ needs.”