IT Sector Poised to Prosper

Columbus and Cincinnati are both ranked in the Top 20 for tech talent. 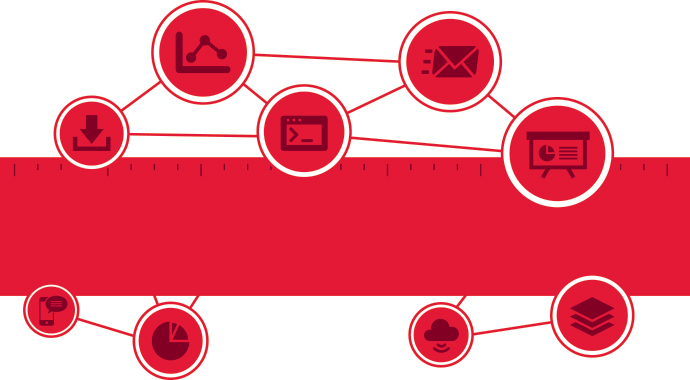 The U.S. technology industry added nearly 200,000 net jobs in 2015 and now employs more than 6.7 million people, according to Cyberstates 2016: The Definitive State-by-State Analysis of the U.S. Tech Industry, published by the Computing Technology Industry Association (CompTIA). Tech accounts for 7.1 percent of overall US GDP, and 11.6 percent of total private-sector payroll.

For businesses with IT professionals, Ohio’s software engineers cost 40 percent less than California engineers, and offers employees a reasonable cost of living, affordable wages and a more affordable quality of life; institutional infrastructure; an already potent blend of a strong services sector and strong advanced manufacturing; and a number of population centers.

Seapine Software is part of a cluster of tech and life sciences companies that have found a place to grow in the Oak Park District on Innovation Way, in the Cincinnati suburb of Mason, best known to many as the home of the King’s Island amusement park. An improved I-71 “welcome mat” interchange is helping to make doing business in Mason a lot more fun.

“The state has come up with a plan with the city and companies to fully complete the interchange,” Seapine Software President and CEO Rick Riccetti told the Site Selection Life Sciences Report in an interview in late 2015. He and his wife Kelly — both University of Cincinnati graduates — co-founded the company in 1995, working out of their house. Today the provider of application lifecycle management solutions employs 60, has offices on multiple continents, and serves the regulatory compliance and quality assurance needs of some of the biggest medical device companies in the world. The company moved into a new 50,000-sq.-ft. headquarters in Mason in 2012, with room for expansion.

Software development and engineering firms like his always hunger for more talent, said Riccetti, but as a national push for better STEM education and more such degrees unfolds, Mason is a good place to be.

“We have Ohio State north of us [in Columbus] and the University of Cincinnati and Xavier here,” he says. “There are a number of good colleges graduating a number of highly technical people.” Ohio has three institutions of higher education housing NSA Centers of Academic Excellence (CAEs). Advanced IT and digital infrastructure, such as the Ohio Supercomputer Center and OARnet, have allowed Ohio to become what JobsOhio calls “top talent without the Silicon Valley price.”

In Mason, helping cultivate that critical mass of talent is a city economic development team focused on high-tech, software and medical device firms — most of which pay healthy salaries. Big data analytics, software-as-a-service (SaaS), and cloud services are all fast-growing sectors in Ohio’s IT industry.

Riccetti says the company’s customer base includes a handful of companies in Greater Cincinnati, but not as many as you might think. Part of the reason is that Seapine’s products are targeted to software engineers, “and Cincinnati is lower, but certainly growing in that area,” he says. “It has a great startup cluster, and venture capital has been finding its way to the city from within and from the coasts.”

Indeed, CyberStates 2016 finds that, according to the MoneyTree™ Report by PricewaterhouseCoopers and the National Venture Capital Association based on data from Thomson Reuters, Ohio attracted $262.7 million in IT venture capital in 2015 (19th in the nation) after attracting more than $300 million the year before.

No wonder Cincinnati landed the 2016 FounderCon event, which will welcome more than 1,000 tech startup founders and corporate innovation leaders to the Queen City in October 2016.

The philanthropic arm of CompTIA, the Creating IT Futures Foundation, helps to keep the talent pipeline flowing with its IT-Ready program. Among the half-dozen cities the program is offered in, Ohio is the only state to claim two: Columbus and Cincinnati. The classes are offered by New York City-based nonprofit IT workforce development organization Per Scholas, which provides rigorous and tuition-free technology training and professional development to people who are un- or underemployed, often from underserved communities. To date, Per Scholas has trained over 5,000 individuals, and the Columbus and Cincinnati sites have more than 400 enrolled students.

Paul Cashen, the managing director of the Cincinnati Per Scholas site, has been a business leader in the region for more than 30 years, and has seen the definition of IT come a long way. He’s also seen broad acceptance and demand by the corporate community for the training that Per Scholas offers.

“In Cincinnati, there are 1,800 to 2,000 open IT jobs at any given time, from entry level to CTO or CIO,” he says. And the growth of software applications has led Per Scholas to launch a quality assurance (QA) software testing track. “Banks and insurance companies develop their own proprietary software, and are in need of this kind of employee,” Cashen explains. “That kind of work is usually done overseas, but now it’s economically viable to do it here domestically. Companies would rather do that — they can avoid dealing with time zones changes and language barriers.”

Pomeroy and Kroger are among the leading area companies taking advantage of the talents of Per Scholas graduates, who are trained in soft skills as well as technical skills. The area is home to a healthy number of large Fortune 50 companies, which are among the biggest users of IT.

Cashen says when Per Scholas itself looked to expand nationally several years ago, its leaders looked at the employer base, the need for IT talent that would support hiring of graduates, the level of foundation and corporate support, and the level of underserved communities where Per Scholas could take the talent and develop it.

“The first two were Columbus and Cincinnati,” he says. “We work very closely with JobsOhio in terms of referring potential students to us who are unemployed. We’ve been funded by the United Way — in Cincinnati that’s like the Good Housekeeping seal of approval. The number two guy from United Way was here a week ago talking about who else they could introduce us to, to make inroads to certain corporations.”

Per Scholas was aiming to train 100 people in five cohorts in 2016, but already has surpassed that goal because of the new QA software track. “There really is no limitation as to what they can achieve,” Cashen says of Per Scholas graduates. “I’ve personally seen people go from starting as a technician to a CIO or CTO at a startup tech company.”

Aaron Mingo, a Queen City native and father of three, says that before the Per Scholas program, he was “just working to exist,” mostly in the restaurant business, though he nursed a wish to get a job where he could have a meaningful impact, even without a college degree. Today he’s a support analyst for The Christ Hospital.

“Now, in five years I want to become an experienced IT security professional,” he says, which happens to be among the fastest-growing IT specialties in Ohio. “After completing the class, I came into a whole new world of possibilities.”