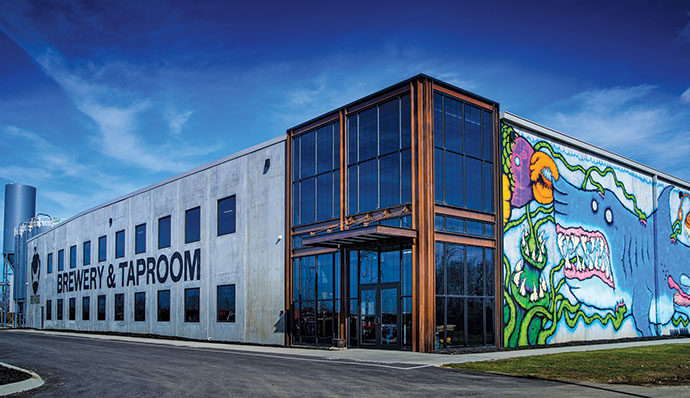 BrewDog’s Brewery and Taproom outside Columbus is the first U.S. location for the billion-dollar enterprise founded by Scottish “punks.”
Photo courtesy of BrewDog
by SAVANNAH KING 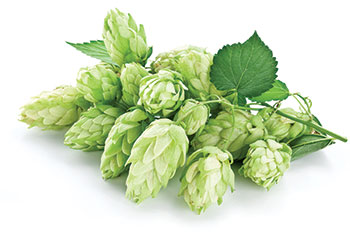 A bawdy, beer revolution born on the rugged shores of northern Scotland has taken hold in Ohio.

BrewDog, launched in Scotland in 2007 by two self-proclaimed “punks,” has established its first American beachhead in Canal Winchester, 10 miles from downtown Columbus. Once known more for marketing stunts and hyperbole than for its wildly creative ales, the Scottish brewer has nonetheless come to rank as the fastest-growing food and drinks producer in the UK. Today, it exports to 60 countries and runs 49 pubs around the world.

Founded by school chums James Watt and Martin Dickie, BrewDog holds the distinction of having produced “The End of History,” at 55 percent alcohol-by-volume reputed to be the world’s strongest beer. Its marketing antics include having driven a tank down the streets of London, brewing a beer at the bottom of the ocean and marking the 2011 Royal Wedding with a special release containing natural aphrodisiacs. Its current roster includes hopsy concoctions such as Cocoa Psycho, Elvis Juice, Nanny State, Tactical Nuclear Penguin and Born to Die.

By its own estimation, BrewDog is more than just a beer; it’s an ethos.

“People want something that’s artisanal, that’s ethical,” says head brewer Stewart Bowman. “Our beer is all of these things.”

Keith Bennet, in charge of BrewDog’s business development, says the choice of Columbus as the company’s first U.S. location was a “no-brainer.”

“Every single part of your stay at the DogHouse will be absolutely dominated by hops, malt and incredible beer.”
— James Watt, Co-founder, BrewDog

Bennet says the response to BrewDog’s Columbus taproom, which opened its doors in February, has been “overwhelming,” with 13,000 visitors in the first week alone and 5,000 more for the Fourth of July weekend.

BrewDog’s plans for Columbus, even by the plucky company’s

over-the-top standards, are uniquely buzzworthy. In October, the brewer plans to break ground on what it calls the world’s first craft beer hotel, with each guest room to feature an open tap funneling the company’s flagship beer, Punk IPA.

“Every single part of your stay at the DogHouse,” says Watt, “will be absolutely dominated by hops, malt and incredible beer.”

Ever yearn to relax in a “beer Jacuzzi?” Check.

How about receiving a hops-infused facial? Check.

Beer fridge in the shower? Of course!

To help fund the company’s growth, BrewDog established an “Equity for Punks” investment platform in the UK that’s raised more than $6 million from 7,000 stakeholders. The coming hotel is being supported through crowdfunding platform Indigogo. The company also sold a $265 million stake in the business to San Francisco-based TSG Consumer Partners, a deal that valued BrewDog at more than $1.2 billion.

BrewDog’s rebellious streak should not be confused for a lack of business savvy. The company has begun to distribute its Columbus-brewed ales in Cincinnati and Cleveland, with plans to vastly expand its footprint.

“There were a lot of commercial points to locating in Columbus,” says Bennet, the main one being that you are within one-day’s drive from here to 60 percent of the U.S. and Canadian populations. “Logistics wise, it’s great for us.

“Columbus,” says Bennet, “is great for development. There’s a lot going on, so it means we can move at a fast pace and expand the way we want.” 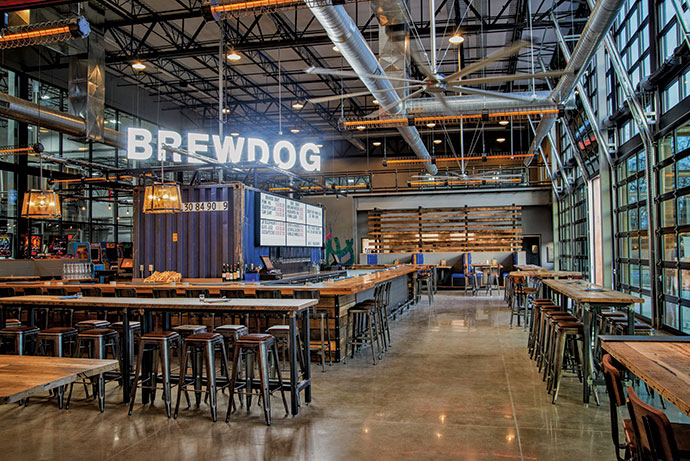 BrewDog drew 13,000 visitors to its taproom in its first week of operations.
Photo courtesy of BrewDog